Sweden’s AP4 – one of the country’s four main national pensions buffer funds – has said deciding not to invest in tobacco companies has boosted its financial results.

The SEK367bn (€35.7bn) pension fund said it took the business decision not to invest in tobacco companies in 2016, because it assessed that rising long-term risks would adversely affect the tobacco companies’ valuations in the future.

Niklas Ekvall, AP4’s chief executive, said: “Our business decision not to own tobacco companies has so far contributed positively to the result.”

Tobias Fransson, head of strategy and sustainability at the fund, told IPE that since AP4 sold tobacco stocks in June 2016 from its global equity portfolio – which is benchmarked against the MSCI World index – the sector had fallen by 6% while the index as a whole had increased by 34%.

“Tobacco stocks have thus underperformed by 40% since June 2016,” he said.

Fransson acknowledged that, from a longer-term perspective, tobacco stocks had significantly outperformed the global equity index.

“But we view the environment as much more challenging for the tobacco companies in the future,” he said. 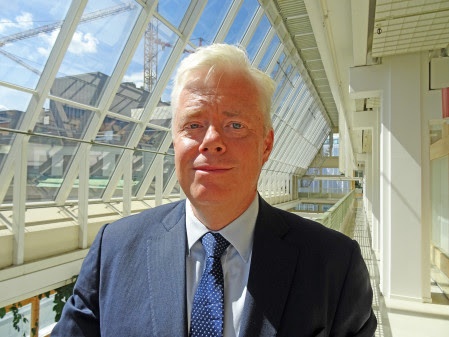 Ekvall’s comments were part of an announcement from the fund that it was joining the United Nations Tobacco-Free Finance Initiative, which aims to highlight financial institutions that have decided not to invest in tobacco companies and encourage others to do the same.

“By participating in this initiative, we hope to prove to others that it is profitable to integrate sustainability aspects into investments,” Ekvall said.

He said risks existed that were not judged to be properly priced today, and that the shares of tobacco firms were considered to be overvalued.

“Over time, tobacco companies are therefore likely to develop worse than the index,” Ekvall said.

Other institutions, including France’s FRR and the Church of England, have also signed up to the Tobacco-Free Finance Initiative.

In 2016, the US’ biggest pension fund CalPERS extended its tobacco company ban despite evidence that it had missed out on as much as $3bn in returns over 15 years.