Australia: Political risk on the agenda for super funds

But although most of the money is invested passively, today’s rapidly-changing global geopolitical environment has thrown up another dimension of risk – one that can come in the form of government directives.

Recent events triggered by Russia’s war with Ukraine have shown that geopolitical issues are no longer extraneous. They can have a direct bearing on super funds’ international shareholdings.

And it has dawned on super funds and the country’s sovereign wealth fund – the A$249bn Future Fund – that sanctions against countries like Russia and China can affect their investment decisions.

The federal government in Canberra can wield its authority over the superannuation industry when it perceives that investments may be contravening government policy.

Within days of Russia invading Ukraine, federal ministers told the super industry of the Morrison government’s “strong expectation” that superannuation funds would review their investment portfolios and take steps to divest any holdings in Russian assets.

The ministers noted that “while Australian superannuation funds only have a small exposure to Russian investments in the context of the A$3.5trn superannuation system, it is important that Australia sends a clear and unequivocal signal that we condemn in the strongest possible terms Russia’s unprovoked and unjustified attack on Ukraine”.

The statement added: “The actions of Australia’s superannuation funds to divest of Russian assets will complement the range of sanctions imposed by the government to exert pressure on Russia in alignment with our international partners.

“These steps by Australia’s superannuation funds will come on top of the decision announced by the Future Fund to similarly wind down its remaining exposure to Russian assets as market conditions permit.”

Expressing deep concern about the events unfolding in Ukraine, Australian­Super moved “in full compliance with all relevant sanctions and, in accordance with our portfolio management approach”.

The fund has been “actively managing” its exposure to Russian assets to address changing and emerging risks. It says that, since June 2021, it has cut exposure to Russian investments by nearly two-thirds from 0.22% to around 0.07% of its total assets.

“We will continue winding down the remaining exposure to divest our holdings in Russia as markets permit,” AustralianSuper said in a statement in March.

“We have no direct exposure to Ukraine. We also issued instructions to all the asset managers we work with to ensure no new investments in Russia come into our portfolio.”

Australian Retirement Trust directed IPE to a statement from its chief investment officer, Ian Patrick, saying that the fund had instructed its investment managers to sell any remaining debt and equity investments and not to make any new investments in either Russia or Belarus.

“In doing so, investment managers have been instructed to ensure adherence to all legal requirements imposed by Australian law and other relevant sanctions regimes,” Patrick said.

The statement says the fund cannot rule out the likelihood that some investee companies may have some exposure to assets in the affected countries. 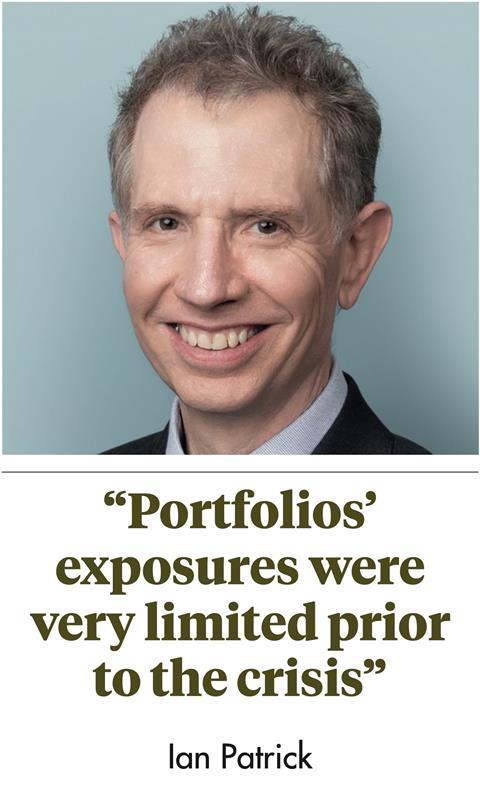 “However, we certainly expect those companies to manage their businesses in accordance with all relevant sanctions and applicable laws.

“Even so, the portfolios’ exposures were very limited prior to the onset of the crisis. For example, Russian shares accounted for less than 0.2% of Australian Retirement Trust Super Savings account assets. Our debt exposure was even smaller, at less than 0.1%.”

China also under the spotlight

Media scrutiny has broadened to include China, an ally of Russia, itself accused of human rights violations. The US has published sanction lists of certain types of Chinese companies, including Chinese military-industrial complex companies (CCMCs) and technology companies, including ZTE Holdings.

Under the Freedom of Information Act, The Australian, Australia’s national daily, recently turned a spotlight on the Future Fund and its holdings in some 400 Chinese companies.

In response, the Future Fund released the names of the Chinese companies in its portfolio. These included AECC Aero-Engine Control, a leading producer of engines and aircraft parts for the Chinese military, and North Industries (Norinco), a state-controlled manufacturer of tanks and artillery shells.

On the Future Fund’s list were also companies implicated in human rights violations, including Jointown Pharmaceutical Group, which have been accused of using forced Uighur labour in China’s Xinjiang region, and BGI Genomics, which has been black-listed for harvesting genetic material from Uighurs without consent.

Future Fund said it had already disposed of its holdings in Jointown, BGI Genomics, North Industry and AECC Aero-Engine.

Across the Tasman Sea, New Zealand’s NZ$58bn (€35bn) sovereign wealth fund, NZ Super, also has holdings in companies that have been on the US sanction list, including AECC Aero-Engine Control.

A NZ Super spokesman told IPE: “We haven’t exited China, although we are monitoring several responsible investment issues relating to it.”

AustralianSuper confimed that its exposure to China has grown three-fold, from A$1.4bn to A$4.6bn, in the past five years. It pointed out that this is still small in the context of the fund’s total domestic and global equities portfolio, valued at A$150bn.

A spokesman for Aware Super said: “Our approach with China, and more broadly in the listed and private equities markets, is reviewed regularly and adjusted according to risks and opportunities.

“There are no indicators that would have us imminently change our strategy in that market.

Aware Super has a relatively small exposure to China through listed equities and private equity, primarily through specialist emerging market and Chinese equity managers that the fund says have a strong focus on ESG and other risks.

REST Super says the fund’s exposure to China is “a little over 1%” of the fund’s total portfolio, including equities and fixed income. “We have no current plan to sell down our China holdings,” REST says.

When it comes to China, super fund investors have more issues on their mind today – the massive sell-off of Chinese stocks and weakened economic outlook – in the wake of the war in Ukraine and its zero-COVID policy.