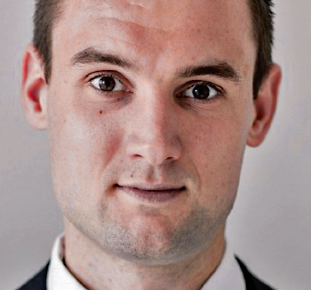 The search for yield is one of the most important factors of current asset allocation and portfolio construction for German institutional investors. However, as intriguing as ‘a search for yield’ may sound, regulation has been hindering the adoption of new asset classes and investment approaches. By extension, many international stakeholders paint a somewhat gloomy picture of the opportunities for institutional investors. In our opinion, this claim should be qualified.

Many of the chief executives within the largest schemes we spoke to this year have gradually come to realise that the extreme allocations towards high-grade fixed income will not offer sustainable returns for the future. However, when asked how to embark upon on a new course, little consensus was evident among investors. Obviously, different investment rules and regulations apply among regulated and unregulated investors. Nonetheless, we found that a common denominator towards investment decisions was a stronger than average loss aversion and a fear of regret – even among the larger players.

By way of example, many seem to be aware of the opportunities that arise from implementation of the new Anlageverordnung investment regulation. However, a limited number of investors want to be a first mover in case they find themselves in an exposed position if there are shortcomings in new investments. If one adds the relatively conservative investment approaches to the equation, it would be fair to say that smaller and larger investors alike are to a great extent finding it hard to welcome changes and leave old habits behind.

When looking at the actual allocations within the largest schemes, the aggregated allocation to fixed income remains more than two-thirds of total assets under management – of which most continue to be tied up in local bonds yielding close to zero. Although continued low credit spreads and the possibility of rising interest rates were mentioned as the most significant concerns, only a limited number of investors gave detailed guidance on how they would approach these challenges.

More savvy investors mentioned the adoption of a barbell approach combining more specialised credit within the existing high-grade bond allocation. In addition, as a positive correction in interest rates may take considerable time, the search for more flexible ways of playing sub-investment grade investments is at the top of the agenda. As a response, we often discussed the pros and cons of European senior loans, although execution has been temporarily postponed in the regulated environment until a new regulation has been fully implemented.

With the more opportunistic investors we discussed unconstrained fixed-income strategies as an attractive way of broadening the number of investment options and placing more emphasis on the skills of the external managers as a consequence. Although we strongly encourage investors to seek external advice with skilled asset managers, it was somewhat difficult to decipher whether this trend is driven by investors’ demand or by asset managers’ supply. So whereas asset allocation in fixed income appears relatively stable, there are indications that investors are gradually rethinking and repositioning themselves for a new era in bond investing.

Within equity allocations few changes took place during 2014. European equity continues to make up the largest portion of equity buckets, and, as expected, a limited number of investors said they were searching for yield in the asset class. Emerging market equity was on the minds of most investors we met, although many were less enthusiastic when speaking of performance in recent years.

Somewhat surprising was the relatively limited interest in revitalising quant-driven strategies that bedazzled both investors and academia in the first part of this decade. Although quant investing runs in the blood of many investors, there was a perception that smart beta, risk premia and the like are no more than something akin to ‘emperor’s new clothes’. In short, our research suggests that equity is not the first place investors search for yield.

More often than not, discussions were drawn towards alternative investments, including infrastructure and hedge funds. Although infrastructure projects have been widely discussed in recent years, most investors still await new regulation. The largest schemes that already have reasonable dedicated resources will naturally favour direct investments, whereas smaller investors will be more likely to invest in fund structures.

An interesting case will be the matching of supply of feasible projects to increasing demand. Hedge funds are still perceived as an opportunistic way of capturing high alpha while reducing beta, although some investors, as mentioned earlier, have been introducing the flexibility of hedge funds to fixed income buckets. Overall, alternative investments will indeed be at the top of the agenda in the years to come and we are certain that we are yet to see the true potential of such approaches.

So where does that leave investors and asset managers in 2015? We would encourage investors, asset managers and others to consider the consequences if nothing happens. With an investment environment subject to substantial change, amplified not least by new regulation and increased attention towards alternative investments, market participants ought to increasingly focus on how to avoid being sidelined by competitors with investment approaches more suitable to this new environment.

Even though we encourage investors and asset managers to stick to their convictions, adapting to change ought no longer be perceived as an option – it has become a necessity for survival. With reference to EM Rogers’ 1962 ‘Diffusion of Innovation’, it is our opinion that innovators and early adaptors, often with product offerings initially perceived as uncertain and risky, are going to take up a much higher share of the market in the future once the diffusion process of these new ideas have been spread to – and accepted by – the investment industry.

In previous years, such ideas could be, but not limited to, smart beta, unconstrained fixed income investing and infrastructure investments. Time will tell which ideas are going to be dominant in 2015.

In the end, the question is whether the changes we are about to see represent a true shift in the overall paradigm of investments, forcing all investors and asset managers to follow suit, even if later in the game. All things being equal, it is not necessarily the strongest or the most intelligent organisations that will succeed, but more likely those who are most willing to change.

Casper Hammerich is an investment consultant at the Danish consultancy Kirstein