In its interim results for January to September, the giant statutory pension fund said its investment portfolio produced a DKK24.6bn (€3.3bn) return before tax and expenses, equivalent to a rate of return of 24.4%.

This was nearly twice the DKK12.5bn return made on the portfolio in the first nine months of 2016.

ATP said the return was achieved broadly across the portfolio, but was driven in particular by equity investments.

“The outlook is for lower returns in the future as central banks tighten liquidity and raise interest rates,” he said. “While global economic growth seems to be firmly on track, geopolitical uncertainty has increased.”

ATP had leeway to take risks, Hyldahl said, but would do so based on an “extremely disciplined” approach to both portfolio construction and risk management to make sure it produced satisfactory results in the long term despite the expected low-return environment. 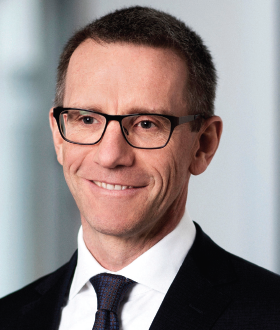 Hyldahl told IPE that the pension fund’s investment team was continuing to focus on illiquid assets such as infrastructure and real estate.

“We announced the transaction involving Copenhagen airport recently and this investment will go through in the fourth quarter hopefully,” he said. “We are looking at this type of investment that can generate an extra return.”

There was a danger when investing in alternatives that investors that were last in the queue could end up with poorer deals, Hyldahl warned.

“But if you are patient and thinking long-term in your sourcing of these deals, you can do well,” he added.

The pension fund was screening hundreds of illiquid asset deals but was only likely to complete around 10, the CEO said.

Hyldahl added that the pension fund had performed well in three underlying equity classes, including international and unlisted equities.

ATP said the value of its guaranteed benefits fell by DKK17.7bn between January and September, mainly because of rising interest rates in Europe.

However, its hedging portfolio had made a loss alongside this of DKK16.4bn, which meant the hedging strategy had been successful, it said.

ATP’s investment portfolio consists of its bonus potential, or free reserves, which totalled DKK120.2bn at the end of September.

The pension fund’s overall assets – which include its huge hedging portfolio designed to back pension promises – dipped to DKK758.1bn at the end of September from DKK759.2bn at the end of December 2016.