Belgium’s workplace pension fund association would like to see the country’s schemes hold a collective €100bn assets under management by 2025 – more than twice as much as they currently manage.

Philip Neyt, president of PensioPlus, told IPE the objective was not “far-fetched”. Inflows into Belgian pension funds were still larger than outflows, and there was also scope for the second pillar sector to grow further in the public sector, where many employees – as opposed to civil servants – did not have access to workplace pension funds.

In addition, a growing population of mobile Europeans would appeal to pan-European pension funds, which were also attractive to multi-national corporations from an efficiency and oversight perspective, according to Neyt. Belgium has emerged as the primary domicile of choice for pan-European schemes.

Neyt said that pan-European pension funds in Belgium currently accounted for around 25% of the sector’s €40bn in assets under management, with the expectation that this would increase to around half by 2025.

However, he emphasised that the growth objective was “not a question of being aggressive” or competing against other countries, but about growing the second pillar and taking a part of the additional assets.

According to PensioPlus, 19 cross-border pension vehicles have been established in the country. Information maintained by FSMA, the Belgian financial markets supervisor, showed these pension funds were active in countries including Cyprus, Greece, Ireland, the Netherlands, Spain and Switzerland.

According to FSMA, at the end of 2017 the total balance sheet of pension funds in Belgium stood at €35bn, up 18% from the year before. Asset transfers from foreign pension scheme providers played a big part in this growth.

Speaking to IPE’s sister title Pensioen Pro, Neyt said there were a number of countries that could transfer pension funds to Belgium using cross-border rules introduced under IORP regulations. This was despite new restrictions brought in last year in the Netherlands in an attempt to raise the bar for such transfers.

Aon last week relaunched a plan to switch the Pensioenfonds Aon Groep Nederland to Belgium – although it must now obtain the backing of at least two thirds of its members. 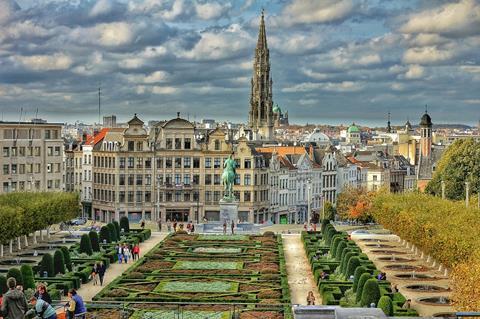 Belgian pension funds lost 3.2% on their investments in 2018, PensioPlus reported, although this result was more than offset by performance in the first quarter of 2019.

The association said stronger financial market conditions at the beginning of this year meant investments run by domestic pension funds had gained 2.2% by the end of February.

PensioPlus also suggested that the 2018 result was a snapshot of “little significance”, with pension funds’ investment performance needing to be analysed over the long-term. Over 34 years Belgian pension funds’ invested assets had gained 4.4% a year net of inflation, it reported.

Every year PensioPlus surveys domestic pension funds about their investment performance and asset allocation. The latest survey captured 63 workplace pension funds with €22.6bn in assets under management, representing 64% of the sector.