While discussing the Irish government’s “straw man” auto-enrolment (AE) proposal, Michael O’Higgins – a former chair of the UK’s Pensions Regulator and chair of the panel debate – suggested allowing people to use AE savings to pay off student loans faster.

“It’s not beyond the wit of financiers [to create] a financial instrument that moved your auto-enrolment savings account to be used against a deposit on a mortgage, so that the money’s still of use to you while it’s being built up rather than only when you reach retirement,” O’Higgins added. “I think there’s scope for some more inventiveness.”

Roy also cited recent work by NEST, one of the UK’s leading AE providers, to test emergency savings accounts. It has begun a trial with high street chain Timpson to test using AE savings to simultaneously save for a pension and a £1,000 (€1,112) “sidecar” fund for use in emergencies. 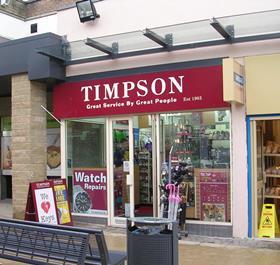 Timpsons is the first employer to trial the ‘sidecar’ savings concept

The pension provider – set up by the UK government to lead the establishment of auto-enrolment in pension funds – is testing a “sidecar” savings product with one of its clients. Timpsons, a high street chain of shops specialising in shoe repairs, will be the first employer to trial the savings account. It will roll out the service across its 5,600-strong workforce from the start of next year.

However, Tim Jones – who oversaw the establishment of NEST from 2007 to 2015 – disagreed strongly with the idea of mixing pension saving and loan repayments. 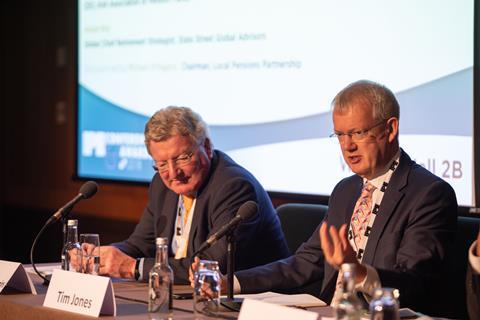 Jones added: “I think the NEST sidecar savings experiment is great… There are a lot of people who can’t manage a €500 shock, they just don’t have any liquid savings available.

“Where I don’t think it works for most people is when you create a side product where things work on both sides of the balance sheet, where it’s assets and liabilities. I think people… have this jam jar mentality, of receptacles that do particular jobs.”

Jerry Moriarty, CEO of the Irish Association of Pension Funds, said there was “something attractive” from a behavioural finance perspective about not locking pension money away for 40 years, but added that, at the same time, pension saving itself should not be undermined.

As well as endorsing the NEST “sidecar” model, Moriarty cited recent work by the financial regulator in Mexico to allow savers to round up their weekly shopping spend and save the balance into their pension fund using payroll apps. Retail banking companies such as Starling in the UK have introduced similar concepts for regular saving.