2
Blockchain: On the slow burn

Blockchain: On the slow burn

Blockchain projects have mostly not provided easy breakthroughs to date

Many expect Blockchain might take over the world. But not quite just yet.

Where there were once high hopes, there is now realism as the experience of turning potential into functionality hits home. For every successful proof of concept heralded by the industry, the lay observer might perceive another false dawn.

“It is a marathon, not a sprint,” says Philippe Ruault, head of digital transformation at BNP Paribas Securities Securities. “A few years ago we saw the potential to do a lot in our sector, from cash equities to fixed income, but what we have seen – indeed, what we are seeing – is that it is very complex to implement Blockchain on legacy instruments and legacy systems, due to regulators and their regulations, the alignment of the various participants in the various marketplaces and the time and the money that you need to commit to finding optimum solutions.”

Is it fair to say, then, that Blockchain is not delivering on its promises? “Yes, so far,” Ruault agrees. “You cannot easily disrupt an industry that has been developed for so many years, so many decades, to lower costs. But, we are not giving up and have committed ourselves to a number of initiatives as we still believe that Blockchain can help shape the future.”

Tom Casteleyn, global head of custody at BNY Mellon Asset Servicing, broadly agrees. “We thought it was pretty much a given that a technology that brings all parties to multiple transactions together around a single version of the truth is a good fit for an industry that is built on long chains of intermediation and involving multiple reconciliations of that information,” he says. 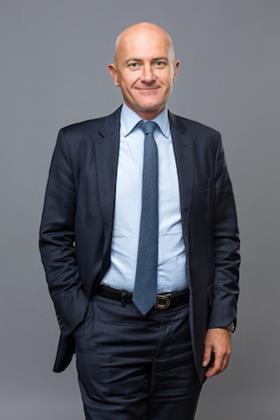 “There are challenges in moving from one technology to another, challenges in standardisation and adoption, and these have prevented us, to date, from achieving the kind of major breakthrough that in the best of all possible worlds we would have liked to have seen in the area of post-trade processing by now.”

Existing differences will remain locked in the value chain and efficiencies will not materialise without an agreed format and structure for automation in areas like corporate actions or tax messaging, Casteleyn adds.

Indeed, proof of concept itself highlights the limitations in areas like Blockchain. Casteleyn continues: “We have carried out a proof of concept that shows we can do proxy voting via Blockchain. Until everyone is in the same place we will be running two processes in parallel so there is no benefit. You increase costs and inefficiencies rather than reduce them.”

At least one securities services provider, Northern Trust, has experience of how Blockchain has progressed from a technological solution in search of a problem into a solution that does solve a problem.

“Our private equity Blockchain works, enabling general partners and limited partners to settle transactions faster and cheaper and delivering a higher-quality experience, and we know that other consortia are experimenting with something similar,” says Peter Cherecwich, global president of corporate and institutional services at Northern Trust.

“But it looks to me like we could find ourselves in a Betamax versus VHS scenario,” he adds, referring to the battle for supremacy between video recorder systems in the 1980s.

“We don’t know what the lifecycle might turn out to be, but we do know that something new is here and will be a big part of our future, when infrastructure assets will be tokenised and traded in a way that simply is not possible now. It is not rocket science. It is technology enabling more assets to be traded, and electronic settlement systems will all need to agree on standards.”

Casteleyn is also keen to emphasise what Blockchain can do. It can nibble away at the edges of the financial world’s ecosystem where centralised databases have not yet taken hold, such as loans, trade finance and commodities.

Utility Settlement Coin (USC) is a promising project which BNY Mellon joined in 2016. Recent recruits include Deutsche Bank, ICAP and Santander, all keen to work with UBS and Clearmatics to advance the goal of USC. This is, in essence, the tokenisation of fiat currency executed by putting up real money at central banks as collateral. USC recently received £50m (€56m) in further funding.

Casteleyn says this will allow cash to circulate on a Blockchain, enabling delivery versus payment for securities. It will also enable payment versus payment from foreign currency transactions, eliminating so-called Herrstatt risk by removing the timing difference of cashflow payments. Herstatt Bank in Cologne, Germany went bankrupt in June 1974 in an incident illustrating the peril of settlement risk in international finance.

“This will be a big step forward, once we have got it off the ground,” says Casteleyn. “We have built the plane, we are taxiing it from the hangar to the runway for its test flight and are waiting for the go-ahead from air traffic control, for which read regulators. We are very proud that USC has come to this point.”