Brexit Papers: OK, what shall we do?

Fortunately, after their initial plunge, equities and other risky assets have held up well in the aftermath of Brexit. It could have been worse, in which case the damage to pension deficits would have been far more severe. Our estimate, at the time of writing in early August, of the rise in liability valuations for the FTSE 350 group of companies since the referendum is in excess of £50bn (€59bn). If assets had not risen significantly in value since the vote too – sterling weakness has been of assistance in boosting the value of overseas equity holdings – the implied funding level declines would have been larger.

The saga of funding challenges

Brexit is only the latest chapter in the saga of ever-lower Gilt yields and their associated funding challenges. The outcome of the referendum has been to make an already bad liability valuation framework worse.

Still, to put Brexit into context, we need to remind ourselves of two developments. First, although the UK saw the biggest Gilt yield declines on the result against its peers, the boost to global bonds was global. Yields fell very substantially elsewhere too. The first set of bars in figure 1 shows the declines in 30-year maturity bond yields in the three major markets of the UK, US and Germany since Brexit. Post-referendum yield declines were smaller than the UK’s 60bp yield falls, but hardly insignificant. Second, Brexit is only the latest chapter in the story of lower bond yields, reflecting the inability of central banks to achieved their desired growth and inflation outcomes. Even for the UK, the post referendum moves have been similar to those seen in the months prior to the vote – only some of which reflected the uncertainty around the result; arguably the yield declines are more accurately laid at the door of global factors.

It is still soon after the referendum. Is there better or worse to come? It would be tempting to argue that low yields have inflicted all the damage they possibly can and that this long-standing erosion of pension-funding is now over. Surely, with long dated UK Gilt yields now challenging the 1.5% mark, all the risks are of rising yields, and fairly steep rises at that? For those under-hedged against falling yields, and currently in severe pain, this scenario would be pleasing. Yet, the same was said at the turn of the year with yields over 1 percentage point higher than today and similar messages on yields rising have come every year from a majority of forecasters, from higher yield levels still. The European experience is already a lesson in how economic conditions have brought about yields far lower than would have been thought even remotely possible a few years ago and it would be hazardous to rule such a possibility out for the UK. The Bank of England has announced a cut in interest rates and further quantitative easing. If economic conditions worsen, Brexit could feed expectations of more easing, taking yields lower. 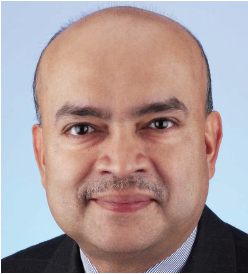 On balance, we do not think that further yield declines are likely. Bond market pricing already allows for a pick up in yields, so the question is whether this is correct. Given the scale of the declines, it is reasonable to argue that if a recovery in yields as envisaged by the yield curve does come, it could be stronger and faster than current curve pricing implies. The operative word here is ‘if’. We should recognise that Brexit brings more economic uncertainty of the type that has proved so many wrong over the direction of yields. How can we be sure that these economic conditions will not continue? The lack of answers tells us that it is unwise to assume that the impact of Brexit on yields and pension funding levels has reached its worst. All in all, there is a possibility that Brexit pain worsens still further. From this point of view, the case for hedging liability risks even at today’s low yields remains a good one – simply put, it takes out the worry.

Brexit’s ultimate impact on funding levels will need to reflect assets too. The issue is ultimately about the wider economic and political effects. So far, the impact on assets has been benign, but we have to remember that the lower yields seen in the aftermath of the referendum have boosted investors’ reach for yield behaviour and raised the attractions of risky assets like equities. Such support is not perpetual. Ultimately, equities and other risky assets will trade on their own attractions rather than how they look versus bonds.

If the UK’s Brexit path does not impact EU cohesion or pull on the European and global economy, it will have passed assets by without much direct impact. One could call this path ‘benign Brexit’ and yes, it frees asset-side drag from the equation. But there is a less attractive scenario. If the Brexit process strengthens separatist movements in the EU, it may bring the risk of another EU or euro-zone crisis of greater severity. Equally, any prolonged uncertainty from negotiations could impact the UK adversely for longer. We cannot quantify the risk of such a ‘bad Brexit’, let alone set a time frame, but it would not be asset return-friendly. Overall, a struggling global economy is facing yet another setback. Unsurprisingly, central banks and the IMF see Brexit as badly timed for the world’s economy. The earnings recession that has been plaguing equity markets could easily be prolonged if economic conditions worsen. Rather troublingly for pension funding, these challenging asset conditions coincide with prolonged depressed or even lower yields, which would not allow an offset from lower liability valuations.

The bottom line is that Brexit is a new arrival to the set of challenges that pension funds have faced over successive years. Its impact through the liability side has been significant. Funding conditions for pension funds could get worse rather than better, especially if asset returns weaken. Brexit would not be the biggest culprit in this set of funding conditions, but it will have made a significant contribution.

Brexit Papers: OK, what shall we do?