Has the UK FRC failed to enforce Section 172 of the Companies Act on directors’ duties?

History did not start in 2013, although a casual reader of the UK Financial Reporting Council’s proposed updates to its Guidance on the Strategic Report could be forgiven for thinking it did. In fact, 2013 was simply the year when the UK government put out new regulations governing the directors’ and strategic reports. Those who skim over the FRC’s latest update might even think that a European directive has stirred the watchdog into life.

However, as the FRC itself notes: “In the UK, there have been complementary developments arising from the government’s agenda for corporate governance reform which places emphasis on the conduct of business. In particular, there have been calls, including from the FRC, for a greater focus on the director’s duty under section 172 ‘Duty to promote the success of the company’ and in so doing to ‘have regard to’ the broader matters under s172 of the Act.”

The reality, say the FRC’s detractors, is that the UK watchdog – for whatever reason – failed to enforce s172 of the Companies Act 2006.

Moreover, s172 imposes, as its section heading notes, a duty “to promote the success of the company”. To stop there, however, would be to miss the point of s172. And this, say the FRC’s detractors, is precisely what it has done for the past decade.

Section 172 says a company director must ensure a company’s success but at the same time have regard to a wide number of stakeholders. In short, this is not success at any price. Among the stakeholders whose interests company directors must take into account are its employees, its suppliers, the wider environment, and even the wider reputation of the company. And the list of factors in s172 is neither exhaustive nor prescriptive.

“We believe the FRC in its current form is unsupportable”

In fact, it is difficult to read s172 without any number of UK corporate governance failings springing to mind: it could be relevant to the BHS pensions collapse, or the big supermarkets’ predatory relationship with suppliers, or even the impact of climate change on oil exploration companies.

Section 172 was already contentious when, in April, the House of Commons British Energy and Industrial Strategy (BEIS) select committee released its report into corporate governance. Then the prime minister, Theresa May, pledged a corporate governance shake-up as part of her party’s election manifesto. Capitalism, it seemed, would have to play by the same rules as everyone else.

Other developments were already well in train. Back in August 2016, environment law campaigner ClientEarth put the issue of s172 under the spotlight with two regulatory complaints to the FRC about SOCO International and Cairn Energy.

The complaints alleged a number of breaches of the duty to report compliance with s172. 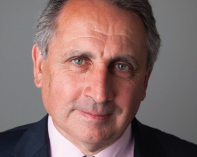 Both companies rejected the complaint and have told IPE that they have complied with their obligations under the Companies Act. The FRC has declined to comment, citing confidentiality. Although ClientEarth has claimed victory in the spat, Cairn Energy has denied that any changes to its environmental reporting has been forced on it by ClientEarth.

Determined to keep up the heat on the FRC, ClientEarth went all out on the offensive in March and blasted the FRC for failing to grasp the magnitude of the financial risks that investors and businesses face from climate change. Prompting the accusation was the FRC’s submission to a consultation on the Financial Stability Board’s Task Force on Climate-related Financial Disclosures project.

Alice Garton, a lawyer at ClientEarth, said at the time: “The signs coming from the FRC in this response are worrying. They suggest the regulator – when it comes to climate risk – is not effectively ensuring high-quality reporting to foster investment. This is the very purpose of the FRC’s oversight role.”

Stronger stuff was to follow – this time from Pensions & Investment Research Consultants (PIRC). In written evidence to the UK Parliament, PIRC’s head of governance and financial analysis, Tim Bush, called for the FRC to be broken up. “We believe the FRC in its current form is unsupportable,” he wrote. The submission goes on to urge legislators to split the FRC’s rule-making functions from its enforcement role.

The PIRC line of attack will be familiar to those who have followed the Local Authority Pension Fund Forum campaign over distributable reserves: identify an area of law in the Companies Act 2006 and establish how the FRC has deviated from it. The spat over section 172 was no different.

“The signs coming from the FRC in this response are worrying. They suggest the regulator – when it comes to climate risk – is not effectively ensuring high-quality reporting to foster investment. This is the very purpose of the FRC’s oversight role”

In support of its call, PIRC argued that the FRC has either misunderstood or ignored the duty under s172 of the Companies Act 2006 for companies to publish a Strategic Report. In its written submission to they BEIS Parliamentary Select Committee, PIRC wrote: “There is clear evidence with Section 172 and Section 414, and Section 393 and Part 23 of the Companies Act 2006 that the FRC is not adhering to the law.”

They then quoted evidence submitted to the UK Parliament’s BEIS Committee by FRC chief Stephen Haddrill: “Frankly, we have not given sufficient thought or appreciation to the company’s wider responsibilities beyond the shareholder. We do need to focus on that stakeholder issue. Section 172 has been there, but it has not borne on thinking in companies and it needs to.”

The FRC strongly rejects PIRC’s claims. In a rebuttal letter addressed to PIRC’s managing director, Alan MacDougall, the FRC’s executive director, Paul George, wrote: “There are no specific legal requirements to report separately on the issues to which directors must have regard under s172 and how they have done so, which has led the FRC to recommend that a change in the law is required.

“[W]e will be considering possible improvements to the Corporate Governance Code and the FRC’s Guidance on the Strategic Report but there may be some areas where legislative changes are required.” The problem for the FRC is that sources close to the issue had already revealed that BEIS has no plans to amend the Companies Act.

The spat over s172 could not have come at a worse time for the embattled watchdog. Last August, a freedom of information request revealed that the FRC had been warned by officials at BEIS that it had no status to interpret the law – merely to opine on it. Then, this summer it emerged that the FRC had lost its three-year battle to fight off a change in its status to a public body, which makes it hard to see how the FRC can dodge the scrutiny of the Freedom of Information Act. The game might well be up for public law as a wholly private affair.