As you read this, tens of thousands of current and former UK steelworkers are waiting to learn the fate of their pension savings as the British Steel Pension Scheme (BSPS) edges closer to a ground-breaking restructuring.

Members of the BSPS were given a choice: stay put and end up in the Pension Protection Fund (PPF), or opt for a new version of the scheme, BSPS2. More than 70,000 people opted for the new scheme, according to chair of trustees Allan Johnston, which will not cap payouts in the same way as the PPF.

But it is the fate of those who decided against both options that has overshadowed the process. More than 12,000 have requested ‘transfer value’ calculations which, if acted on, would allow them to shift into alternative pension arrangements, giving up their defined-benefit guarantee.

Financial advice firms have descended on Tata Steel UK’s premises in Wales and elsewhere in the UK. Most have had sound objectives, but a few have been accused by witnesses of pushing people into inappropriate investment arrangements with high charges.

The UK’s Work and Pensions Select Committee, a cross-party group of MPs, called an urgent inquiry in December to hear from scheme members, trustees and regulators in a bid to understand the situation and address poor advice practices.

MPs heard from members of the scheme that the trustees had been “overwhelmed” by requests for transfer values.

Local advice firms had also been inundated with enquiries from BSPS members – so much so that many had to close their doors to new clients, as they could not cope with the volume of calls, according to retired steelworker Stefan Zaitschenko.

Johnston admitted that the trustee board had not envisaged the “massive upsurge” in transfer activity. “We’ve had 12,200 people apply for transfer out quotes,” he said. “Dealing with that massive upsurge has been almost impossible. We can’t just hire in staff to do this because it’s very detailed and has to be done properly.”

Meanwhile, the financial services regulator, the Financial Conduct Authority (FCA), swooped in to address concerns about poor practices and barred at least four firms from providing pension transfer advice. However, this was not before hundreds of BSPS members had exited the pension scheme.

Megan Butler, director of supervision at the Financial Conduct Authority, was persuaded by MPs to name three of the four companies that had been barred or voluntarily stopped providing advice: Active Wealth, Pembrokeshire Mortgage Centre, and Mansion Park.

Active Wealth director Darren Reynolds was due to appear in front of the committee along with Clive Howells, managing director of unregulated introducer firm Celtic Wealth Management. Neither attended the session.

Frank Field, chair of the Work and Pensions Select Committee, said: “We are surprised that Mr Reynolds and Mr Howells have chosen, at late notice, not to take up our invitation to put their side of the story in a public forum. No doubt it is more of a loss to them than it is to parliamentary process. We will be putting further questions to them in writing. If their answers are not satisfactory, we may require them to come in.”

More firms are under investigation, Butler told MPs. “We have made 10 visits to firms where we have had direct intelligence on concerns around the quality of their advice, or where they are particularly active [in pension transfers],” Butler said.

“When we see high numbers of transfers going through, we ask [firms] expressly why it is they have satisfied themselves that it is suitable in so many cases to transfer, where for most people most of the time staying in a DB scheme is a better outcome.”

This month trustees will finalise the size and membership of the proposed new scheme. It must meet strict viability criteria to be passed by the Pensions Regulator. Assuming it meets these points, the moves will take place in March.

British Steel Pension Scheme trustee chairman Allan Johnston last month revealed to the MPs’ committee that more than half of members had chosen to transfer to BSPS2.

Roughly 84,000 people had responded to the trustees’ Time To Choose campaign, he said, with 89% opting for the new scheme.

This would likely give BSPS2 about £8.5bn-£9bn (€9.6bn-€10bn) of assets under management, according to the chairman. The existing scheme has about £15bn of assets. 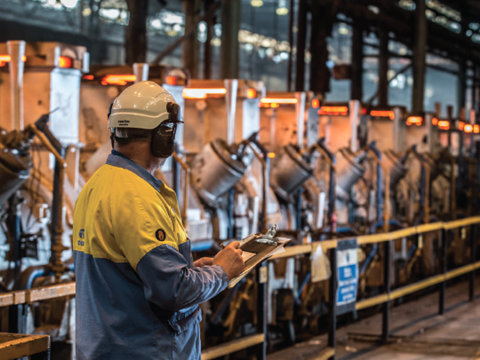 BSPS2 will be officially set up in the first few months of 2018, ready to take on members from the end of March. Tata Steel UK will sponsor the scheme.

Members transferring to BSPS2 will have their benefits linked to a lower measure of inflation, but most other aspects of the current scheme will be carried over to the new scheme.

For those transferring to the Pension Protection Fund (PPF), the situation is different. Those yet to retire receive 90% of their promised benefits.

Those who have already retired will not have their benefits cut, but the PPF applies limits to indexation and does not apply any uplifts to benefits earned before 1997. Those having taken early retirement may face limits as well, according to the PPF’s website.

All payments are subject to a maximum annual payment, but the PPF says only 0.2% of members are currently affected by this cap.