The £15bn (€17.6bn) British Steel Pension Scheme (BSPS) presents a paradox for the authorities in the UK.

It is demonstrably a well-run scheme – it has won 10 IPE Awards in the past six years. Over the course of last summer, CIO Hugh Smart and his team are understood to have profited from a favourable, well-hedged position going into June’s referendum on the UK’s EU membership. As a result, it has erased most of the deficit it had recorded earlier in the year.

Despite this, it faces the threat of becoming by far the largest scheme to go into the Pension Protection Fund (PPF) since the PPF was established in 2005. The trustees are fighting to thwart this outcome.

BSPS was on the verge of closing to future accrual as this edition of IPE went to press, after workers at the Port Talbot steel plant in Wales agreed to the change. In itself, this is hardly unusual; barely any large UK employers outside of the public sector have open defined benefit (DB) pension schemes.

It is what happens next that could set an important precedent for the UK.

The scheme’s sponsor, Tata Steel UK, wants to cut its responsibilities to the scheme. This is a crucial part of a deal struck with workers’ unions to ensure the continued operation of the Port Talbot plant – fail to strike a deal on the pension fund, the steel company says, and Tata will be forced to cease all operations, putting thousands of jobs and livelihoods at risk.

Bankruptcy would place BSPS into the PPF’s assessment period, with more than 31,000 scheme members yet to retire faced with losing 10% of their promised benefits.

It does not have to be this way, the trustees argue. In a letter sent to members in January the trustees said they were “pressing” the PPF and the Pensions Regulator (TPR) for a “regulated apportionment arrangement” (RAA). This would allow benefits to be “modified” to make them more affordable – potentially including changing the indexation of benefits.

“An agreed RAA, with members and pensioners able to have modified benefits in a new scheme, would be a better outcome than if Tata Steel became insolvent and the whole of the BSPS went into the PPF”
Allan Johnston

Allan Johnston, chair of trustees, said in the letter: “Separation [from Tata Steel] through an agreed RAA, with members and pensioners able to have modified benefits in a new scheme, would be a better outcome than if Tata Steel became insolvent and the whole of the BSPS went into the PPF.”

Johnston emphasised that the trustees will not agree to the RAA until they are satisfied that entry into the PPF is otherwise inevitable.

The RAA would involve the creation of a new pension fund. Members would then be given the choice of following the existing scheme into the PPF – which the trustees maintain is not necessary – or transferring to the new standalone fund.

At present, however, BSPS does not meet all the regulator’s criteria for such an arrangement (see A cure for DB’s ills?).

In its letter to scheme members, the BSPS trustees say its next actuarial valuation, to be calculated at the end of this month, would have to take into account a change to a lower-risk investment policy and “build in additional prudence” if Tata Steel UK is successful in its bid to cut its ties to the scheme.

“Although the final position will not be known for some time after [31 March], recent funding updates show that the scheme would currently have a modest deficit if liabilities are valued using the same actuarial assumptions as were used for the 2014 valuation (adjusting for current market conditions),” the trustees say.

But the loss of its employer covenant would mean a deficit of “between £1bn and £2bn”. This would require annual employer contributions of between £100m and £200m a year for 15 years, the trustees claim, which Tata says it cannot afford. The trustees say an RAA, with adjusted benefits (and some members potentially opting for the PPF route) would negate much of this deficit.

Johnston and the other BSPS trustees are confident their scheme can exist and thrive outside of the PPF and without an employer explicitly backing it. There is precedent: the Trafalgar House Pension Trust was one of the first schemes to employ an RAA, in 2006. In the past six years, it has won four IPE awards.

Negotiations between BSPS, the regulator, and the PPF are ongoing.

A cure for DB’s ills?

Crucial to the agreement of a regulated apportionment arrangement (RAA) is the UK government’s review of defined benefit regulation, expected this year. Pensions minister Richard Harrington has been gathering industry views and is expected to launch a green paper later this year.

The Work and Pensions Committee, a group of politicians in the lower house of the UK’s parliament, published a report late last year calling for the RAA to be made more accessible for situations such as BSPS.

Chris Martin, an independent trustee and chair of the Halcrow Pension Scheme while it negotiated an RAA last year, told the committee that the process was “too clunky”. “That is why, unfortunately, so many schemes fail and end up in the PPF,” he added.

In the case of Halcrow, the Pensions Regulator (TPR) secured guarantees from the UK engineering consultancy’s US parent to give members the option of transferring to the PPF or to a new Halcrow scheme. Similar deals have been struck involving the UK pension funds of Eastman Kodak and food company Uniq. 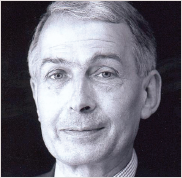 However, TPR has only approved 26 such arrangements in the 12 years since it was established. In that time, more than 870 schemes have transferred to the PPF, according to its website.

The MPs’ committee – chaired by veteran pensions campaigner Frank Field – said: “The RAA is a means of negotiating an outcome for scheme members that is better than the PPF in instances where a sponsoring employer is in mortal danger. When agreed, it can produce results that are better for pensioners, better for employers and better for the PPF than insolvency. It is, however, very rarely used, and the process includes potentially harmful delays. It is an emergency measure, but it does not operate at an emergency pace.”

The committee recommended that Harrington investigate ways to reduce waiting periods when TPR is arranging an RAA. It also called for the arrangement to be made more flexible, potentially allowing employers with a high likelihood of insolvency to make use of the method to avoid job losses. Currently, RAAs are only granted when bankruptcy is otherwise inevitable within 12 months.

“We further recommend that TPR guidance be amended to encourage its involvement at an earlier stage in the formulation of RAA proposals in order to facilitate a more iterative approach,” the MPs said.

There are far wider implications. Making an RAA easier to achieve, at least theoretically, risks opening the door for businesses to walk away from their responsibilities to their current and former employees, which TPR and the PPF are adamant cannot be allowed to happen.

Any changes to the rules would still have to come with strict caveats. In addition, as the PPF has pointed out in the past, the lifeboat fund’s role with RAA schemes would have to be made clear: will they continue to pay a levy to make sure they are still insured in case the RAA fails?