It has even suggested that the way the European legislation had been implemented was meant to block cross-border activities from another EU member state in the Netherlands.

Its criticism came in the wake of consultanty Aon Netherlands announcing that it would cease recommending its Belgium-based cross-border vehicle United Pensions to potential Dutch clients.

Frank Driessen, Aon’s head of pensions, explained that the consultancy had struggled to convince Dutch pension funds of its added value.

He said Aon’s own Dutch pension fund would not be relocated to the international multi scheme either, despite the company’s long-standing plan to relocate it.

According to Driessen, an important reason for pension funds’ reluctance to move to the cross-border fund was the required approval of at least two-thirds of a pension fund’s participants, a rule introduced at the start of this year.

“The fact that this voting is the final step in the entire process had made things very complicated,” he added.

“Not in line with IORP II”

CBBA said the majority requirement for the approval of cross-border transfers was “not in line with the spirit of IORP II”.

The industry organisation added that the same applied to the Dutch requirement of cross-border schemes to report on their funding position in both the Netherlands and where schemes are based.

It said that it expected the European Union authorities to take the necessary measures to have the Dutch legislation modified in order to prevent other member states from emulating the Netherlands.

Aon’s Driessen said that a mistrust of cross-border pension arrangements, as well as uncertainty about the continuous changing rules of the Dutch pensions system, had added to the complexity of making a decision for the long term owith regard to Aon’s own Dutch pension fund. 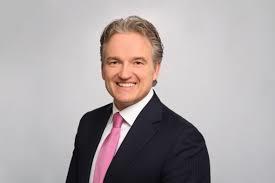 Marc van Nuland, director of Aon Netherlands, said taking the decision to move the Aon pension fund to Belgium would “not be responsible” at the moment, as a comparison would be impossible due to the continuing changing epnsions environment in the Netherlands.

He added that the recent decision by social affairs’ minister Wouter Koolmees to postpone rights cuts had tipped the balance.

“I don’t want to run the risk that after a couple of years we find that we have taken the wrong decision,” he argued.

Van Nuland added that the ballot among the participants of Aon’s Dutch pension fund – scheduled for early 2020 – was off now.

Driessen said nothing would change for United Pensions’s existing clients, which include Dutch affiliates of pharmaceutical AbbVie and chemical multinational Dow.

He said that, with €300m of assets and 5,000 participants, the Belgian vehicle was viable, and that Aon would keep on supporting it.

“The current issue is a local problem, whereas United Pensions is meant for the entire EU. We will continue our acquisition in, among others, Germany, Italy, Belgium and Ireland, while Dutch clients remain welcome.”

René Mandos, chair of Aon’s Dutch pension fund – which closed to new entrants in 2014 – said the board regretted the employer’s decision to relocate pensions, “as we saw it as a good option”.

The cross-border move had been planned since 2013, and was based on expected earlier inflation compensation and lower contributions as well as on the employer’s guarantee that it would fill in funding gaps.

Relocation to Belgium has always been controversial, both at Aon as in general in the Netherlands.

Protests within Aon – largely fed by fear that pensions supervision in Belgium would be less strict and the discount rate for liabilities would be too high – had delayed the project several times.

“The fact that the Netherlands has now granted a delay for rights cuts, has put the perception that supervision in the Netherlands is strict, in contrast with Belgium, in a new light,” said Driessen.

“At United Pensions there are also pension fund compartments with a funding shortfall, with their sponsors having to fill in the gap or apply rights cuts. They can’t postpone measures.”

The chair for Aon’s scheme said it would continue seeking an alternative for pensions provision, as continuing independently was no longer possible.

In his opinion, joining the Dutch consolidation vehicle (APF) would be an option.

The Pensioenfonds Aon Groep Nederland has €845m of assets and more than 3,000 participants. At October-end, its funding stood at 118%.