The UK’s charge cap for defined contribution (DC) schemes triggered outflows from some diversified growth funds (DGFs) in 2015 and 2016, according to Spence Johnson.

A report by the consultancy firm estimated that more than £1bn (€1.2bn) had exited DGFs with annual charges between 70 and 79 basis points in the 18 months to the end of June 2016.

In total, at the end of the second quarter of last year there was £9.3bn invested in DGFs with an annual charge of less than 40bps. This followed inflows of £3.7bn in the same 18-month period.

Despite this significant shift, Spence Johnson estimated that almost £4bn was still invested in the 70-79bps range, and more than £400m was still in more expensive products.

Spence Johnson’s report said: “Many schemes have reduced costs by more than what is necessary in order to allow themselves a buffer, and also prepare themselves for any potential future further reduction in the charge cap. 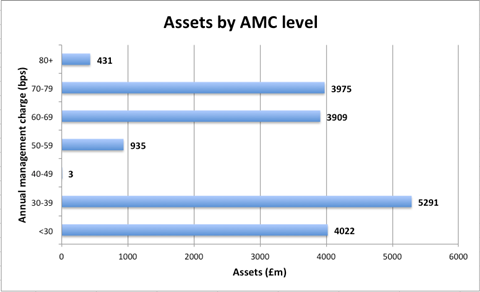 “This is having significant implications for investment managers in DC, since most cost savings are being realised through the investment rather than the administration segment. In many cases, funds will not be considered unless they can fit within the charge cap after accounting for the administration costs.”

The UK government brought in the 75bps charge cap in April 2015. It applies chiefly to default DC arrangements used for auto-enrolment.

Some smaller DC schemes are struggling to reduce costs below the charge cap, however.

Spence Johnson reported that schemes with fewer than 100 members were, on average, still being charged more than 75bps at the end of 2015. In part this was down to employers not being able to shoulder costs, as is the case with larger schemes.

Elsewhere in its report, Spence Johnson predicted that the DGF market would grow to £289bn by 2020. The estimated 11% annual rate of asset growth is lower than in recent years, however, due to maturing defined benefit schemes and a reduction in inflows from non-UK clients.

In the UK, the growth will be driven primarily by DC and auto-enrolment, Spence Johnson said. In particular, the next few years will see employee and employer minimum contributions rise from a combined 2% of salary to 8%.