​Chart of the Week: AP7 boosts share of Swedish DC system to record 42%

AP7, the default fund in the Swedish premium pension system (PPM), now holds a record 42% of all assets in the 7.5m-member first-pillar system, a government report has revealed.

In its 2018 report on the six national AP pension funds, the Swedish government published data showing that AP7 managed 42% of the assets in the defined contribution (DC) PPM at the end of 2018. Across all providers on the PPM, assets amounted to SEK1.1trn (€103bn).

“The increase is partly due to the inflow of new savers and partly to the fact that the outflow to other funds has decreased,” the report said. “In 2018, funds were also provided through liquidation/closure of funds on the funds marketplace.”

The PPM is undergoing a major overhaul, which in late 2018 required all private-sector funds offered on the PPM’s funds marketplace to re-apply for inclusion under new rules.

The government report also said the increase in AP7’s capital was due partly to the fund’s higher return. In 2018, AP7 lost 2.75%, compared with the average result for private funds in the system of a 2.93% decline.

Since 2001 when the PPM started, AP7 has produced an average annual return of 6.4%, compared to 3.6% for the private funds, according to the report.

Data on the returns produced by the main four buffer funds that back the state pension showed Stockholm-based AP4 had generated the highest returns out of the four funds in the long term.

AP1 produced the lowest average annual return since 2001 with 5.6%.

None of the funds had achieved their return target in 2018, the government reported, with AP3 leading with a 0.6% gain. 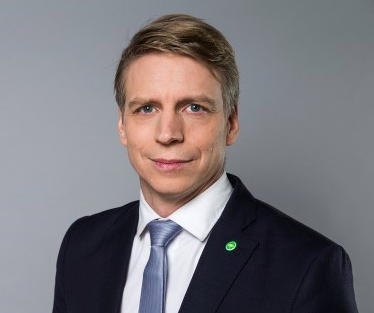 In the report, the government compared the buffer funds’ returns with six similar pension funds in other countries, such as Denmark’s ATP, Norway’s oil fund and Californian public-sector scheme CalPERS.

Presenting the report, financial markets minister Per Bolund said that with the funds’ new sustainability requirements, their work towards developing a sustainable financial market would be intensified in the next few years.

“Among other things, fossil fuel investments need to be evaluated based on the fact that fossil fuel use must decrease drastically if we are to reach the climate goals,” he said.