China: To be or not to be

The questions that seem the simplest are often the most difficult to answer. One of the most striking examples in the financial sphere is whether Chinese equities should be considered a distinct asset class.

At first sight, it seems like a query that invites a straightforward yes or no response. Yes, Chinese equities should go into the emerging markets bucket or no, they should be in a category of their own. It would also be theoretically possible to treat China as a developed market but few, if any, argue that it has reached that stage yet.

Unfortunately, things are not so straightforward. There are strong arguments on both sides of the main divide and little agreement among asset managers. “There certainly isn’t a consensus,” says Philippe Langham, head of the emerging markets equity team at RBC Global Asset Management. “You’re getting very polarised views when it comes to China.”

The index providers seem to be hedging their bets. FTSE Russell, MSCI and S&P Dow Jones Indices are all gradually phasing in China A Shares (stocks from mainland China-based companies that trade on the Shanghai or Shenzhen stock exchanges) into their global emerging market indices. Their main differences relate to the pace of change.

Perhaps the best way to approach the classification question is to weigh up the pros and cons of the different arguments. At least then it should be possible to achieve a balanced assessment.

Seemingly the most uncontentious case for classifying China as an emerging market is that it is part of an emerging economy. In other words, China’s GDP per head puts it in the tier below that of the developed economies. On the face of it, by this metric it seems undoubtedly true that China is emerging. Despite its enormous size in absolute terms – it has the world’s largest GDP when measured by purchasing power parity (PPP) – this is largely because of its huge population. In terms of income per head it ranks just below the likes of Argentina, Mexico and Thailand.

But there is a counterargument to even this apparently straightforward claim. Eng Teck Tan, the head of China equity at Nikko Asset Management, says that perhaps 80 of China’s largest cities have broken through what is often called ‘the middle income trap’. In other words, they have exceeded emerging market levels of income per head to reach those of the developed economies.

This is a rare achievement. The likes of Indonesia, Malaysia and Thailand have been stuck at middle income levels for decades.

In addition, he points to the Chinese government’s Greater Bay Area scheme which will link 11 of China’s key cities, with a total population of about 70m, into an integrated economic and business hub. The goal is to challenge the world’s most advanced centres of technology such as Silicon Valley and Tokyo Bay.

So there is also a case for classifying China as a developed economy. But that is far from the end of the story. As discussed in last month’s Briefing article (Emerging markets fail to catch up, April 2019) classifying markets as emerging or developing depends on more than their level of economic development.

A key characteristic of developed markets is that they are easily accessible to investors. A market in which there are substantial barriers to entry or exit for foreign investors should arguably be classified as emerging, even it is part of a wealthy economy. 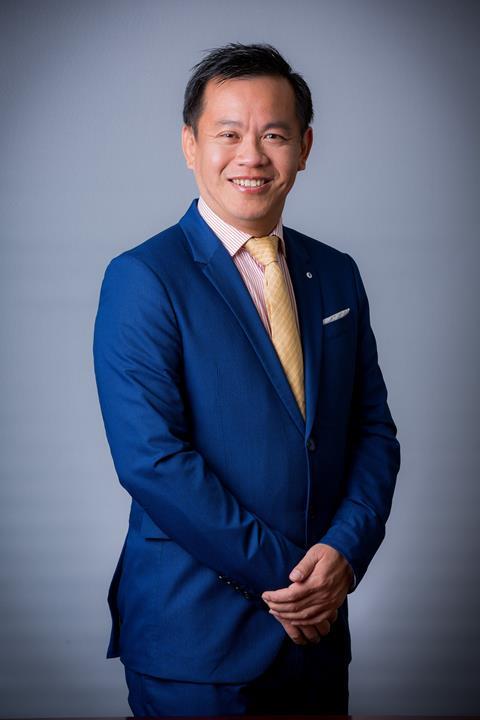 One of the clearest examples of constraints on market entry in relation to China is its currency. Instead of opting for full convertibility for the renminbi – in other words, ensuring it can be easily bought and sold by foreigners – China’s leadership has opted for what it calls “managed convertibility”. In practice, this means that the Chinese authorities can decide which inflows are acceptable and which are not.

However, Nikko’s Tan argues that foreigners often have a double standard in relation to market restrictions in China. “MSCI has been very unfair to include China at a 5% inclusion factor. They give a lot of excuses like foreign participation and voting rights.” He counters that when the index provider included Taiwan and South Korea in its global indices back in 1998 they had stricter restrictions on foreign investors than China has at present.

A more fundamental rejection of China’s developed market status comes from Rajiv Jain, the chairman of GQG Partners, a boutique investment manager. He argues that China violates a fundamental principle of capitalism: it fails to respect property rights. He asks a series of questions which he suggests should be answered in the negative in relation to China. “Is there a rule of law? Are there checks and balances in the system? Is your property really secure? Do you have clear title or can the government basically take it?” He compares it unfavourably with the likes of India and Indonesia which, he argues, are much better by such metrics.

On the other side of the argument is the trump card for those who contend that China should be a distinct asset class. That is, its enormous scale.

The Chinese domestic market (Shanghai and Shehnzen) is widely recognised as the second-largest national stockmarket in the world after that of the US. To that could be added Hong Kong which is one of   the world’s largest markets (see figure).

That means that as China’s weighting in global emerging markets indices increases, the investors in the index will, whether they like it or not, be taking a big bet on China. In contrast, the benefits of investing in other emerging markets will be increasingly diluted. This is a hard argument to counter for those who advocate China as part of a unified emerging-market asset class.

Robert Horrocks, the chief investment officer at Matthews Asia, takes the argument on scale one step further. He argues that China has a big domestic economy that is internally coherent and sustainable. This is in contrast with other emerging markets which have far smaller domestic economies to fall back on. As a result, the fate of most emerging markets is much more closely tied to that of the US and Europe. “In China you have a broad slate of different sectors, different industries. There are lots of good companies within those,” he says. 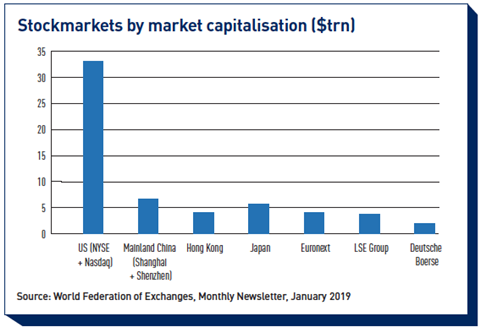 One way to tackle the lack of a definitive answer to the question of classifying Chinese equities is to flip it round. That is, to ask, from a pragmatic perspective, how particular investors should act. “The biggest question about whether it should be a separate allocation depends on practicalities for each individual institution,” says Horrocks.

Vivian Lin Thurston, a China fund manager at William Blair, argues that it could be called either way. “From an asset owner perspective you could put it in either bucket,” she says. She accepts that Chinese equities can be classified as an emerging market from an index perspective or an economic perspective. However, she says that, at the same time, there are reasons why investors might want to treat them differently.

For a start, China is a high-return and high-volatility market. That means its Sharpe ratio is higher than that of emerging markets in general.

A related peculiarity is that the Chinese equity market is largely driven by retail investors. That means it has a low correlation with other emerging markets as, elsewhere, institutions tend to play a substantial role.

The pragmatic solution has the virtue of side-stepping some of the difficulties of settling the debate. Asset owners can simply decide what is best for them at present.

However, pragmatism does not resolve what is likely to be a growing quandary in the coming years. As China’s equity weighing moves more in line with its economic might, how is it likely to transform the dynamics of global investing?