Tail risks have an unfortunate habit of becoming reality. That was one of the clearest lessons of the 2008 financial crisis – an event that I lived through and had to deal with, as a senior figure in the Bank of England’s markets department.

“New risks are emerging around climate change that… pose threats to the financial system not unlike those we faced in 2008.”

When the improbable actually happened, ‘safe’ AAA-rated assets became junk, liquid markets dried up, the trust that oiled the financial system evaporated and we had to take the most extraordinary measures in response.

The financial sector is all about risk. Taking it. Avoiding it. Monitoring, measuring, and limiting it. And, crucially, making money from it.

But new risks are emerging around climate change that are poorly understood, hard to manage and, at the extreme, pose threats to the financial system not unlike those we faced in 2008.

This may seem overblown, especially for an issue that many people assert to be long-term and slow moving. But the climate is clearly changing, and will not do so smoothly.

Either the planet will suffer some catastrophic changes in climate or dramatic policies will have to be adopted to change the growth path to one in which we emit a lot less carbon – probably net-zero or less. If policy does not react early enough, both outcomes are likely. Arguing about the cause, or the costs, will just delay the inevitable policy action and make the consequences worse.

“In all of these scenarios, banks, insurance companies, and large institutional investors could find themselves facing existence-threatening losses.”

It is not difficult to imagine scenarios in which climate change directly causes a financial crisis. A major flooding event or series of hurricanes could overwhelm the ability of insurance markets to absorb the resulting losses. Growing evidence of rising sea levels or widespread droughts could force policymakers and regulators into drastic action. Financial markets could suddenly re-price the risk posed by affected companies – such as the fossil fuel sector – leading to rapid collapses in the value of entire industrial sectors. (Not convinced? Take a look at the recent performance of the US coal sector.)

In all of these scenarios, banks, insurance companies, and large institutional investors could find themselves facing existence-threatening losses. If ‘systemically important’ institutions face insolvency, we’d have another financial crisis on our hands.

Governments have promised to act to limit global warming. It is not known precisely how yet – although it is pretty clear that current policies won’t get them (or us) anywhere near the 2015 Paris commitment to limit warming to no more than 2° Celsius above pre-industrial levels.

Market participants succeed or fail by making guesses: for example, about the state of the economy or of individual enterprises. But they have never been great at pricing political or policy risk – it can be unpredictable, sometimes capricious, and often binary. No current government can tie the hands of a future government. Taxes and subsidies can be varied at will. Even constitutions can be rewritten or bypassed.

Disclosure will be the first step: the recommendations from the Financial Stability Board (FSB) Task Force on Climate-related Disclosures will get endorsed in many locations, even if US president Donald Trump breaks the G20 consensus. Article 173 of the French Energy Transition Law, which requires investors to report on how they manage their climate risks, is getting close attention in other jurisdictions.

Fiduciary duty means that, where there are material financial risks to beneficiaries, those risks cannot be ignored by boards or money managers. The authorities in a range of countries will want to make sure that is clear to all concerned. Prudential regulators are already taking steps in many countries to ensure that the potential financial risks from climate change are properly managed by financial firms.

The European Commission has set up a special experts group as part of the Capital Markets Union project to advise on sustainable finance. I am privileged to be a member. Our group is charged with advising the Commission on how to integrate sustainability considerations into EU financial market practices and regulation. 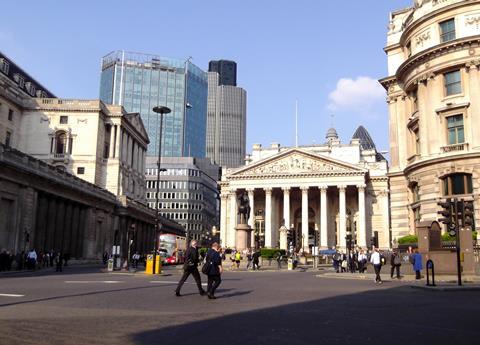 The Bank of England

On 16 June, my former colleagues in the Bank of England underlined the link between climate risks and financial stability, detailing two pillars of their approach to climate-related risks. The first is engagement with firms that may be directly affected. The second is supporting an orderly market transition and thus boosting the UK financial system’s resilience.

So we have the FSB, the EU, and prudential regulators taking action. Governments are working on national climate plans. The transition away from fossil fuels will create real business opportunities as some businesses shrink and others grow. And it will create real financial risks, including those from unexpected political decisions and policy twists.

The Cambridge Institute for Sustainability Leadership, where I am vice-chair of its Banking Environment Initiative, is helping banks and insurance companies understand the possible scenarios involved, and manage the ‘transition risks’ involved as we move away from fossil fuels to a low-carbon economy.

Regulation, whether around climate disclosure or risk management, is inevitable. Financial firms would do well to get on the front foot, ensuring they understand the issues involved, and assigning responsibilities to chief risk officers and the appropriate business heads. They need to be talking to their regulators to ensure both sides appreciate what is at stake.

Taking commercial advantage of this agenda will require wisdom and bravery. Predictions and risk management based on historical data are likely to be uninformative for climatic changes and the resultant policy adjustments, which have no modern precedent.

The physical impacts of climate change may be less extreme than scientists fear, and the economic consequences may be less dramatic. But if 2008 taught us anything, it is that the improbable and unprecedented can happen. 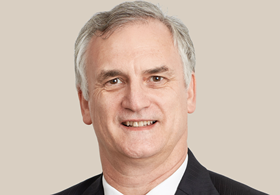 Paul Fisher is a former deputy head of the UK’s Prudential Regulatory Authority and a former member of the Bank of England’s interest rate-setting Monetary Policy Committee.