Saudi Arabia at the crossroads

As the liberal democracies of the world resign themselves to dealing with the aftermath of the US pull-out from Afghanistan, they face the fact that, as former UK prime minister Tony Blair stated recently, “despite the decline in terrorist attacks, Islamism, both the ideology and the violence, is a first-order security threat”. 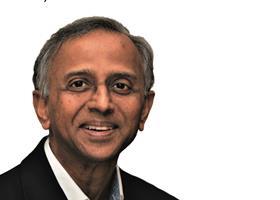 As the liberal democracies of the world resign themselves to dealing with the aftermath of the US pull-out from Afghanistan, they face the fact that, as former UK prime minister Tony Blair stated recently, “despite the decline in terrorist attacks, Islamism, both the ideology and the violence, is a first-order security threat”.

This threat can be attributed in great part to the fact that for three decades the Kingdom of Saudi Arabia (KSA) spent many billions of dollars exporting its fundamentalist brand of Islam across the world. David Rundell, in his recent book ‘Vision of Mirage, Saudi Arabia at the Crossroads’, argues that the message delivered by Saudi-funded institutions made global Islam less tolerant, more conservative and more prone to violence than it had previously been.

Meanwhile, Ed Husain, in his book ‘The House of Islam’, declares: “The House of Islam is on fire – and the arsonist still lives there,” referring to KSA, whose crown prince, Mohammed bin Salman Al Saud (MBS), has been directly implicated in the murder of journalist Jamal Khashoggi in the Saudi embassy in Turkey.

How then, should investors regard investment in the desert kingdom?

I spoke to David Rundell at length, both on his book and on his experiences as a US diplomat for 30 years, including 15 years in the US embassy in Riyadh and consulates in the region. Perhaps the theme that comes out strongest is the immense progress that has already been made towards achieving what Husain had argued for – namely, that: “The 1749 alliance between the Saudi royal family and Wahabi clerics must be nullified”.

To understand what is happening, it is necessary to go back in time. The rise of Arab socialism was justifiably seen as an existential threat to the Saudi royal family as exemplified by Egypt’s former president Gamal Abdel Nasser. As a young officer he led a military coup that brought down the Egyptian monarchy in 1952. That led them to give shelter to the fleeing members of the Egyptian Muslim Brotherhood who, says Rundell, while claiming to follow the fundamentalist Wahabi beliefs favoured by the Saudi Arabian religious establishment, had a far more overtly political and violent agenda. Their better education led them to positions of influence throughout the KSA. This, Rundell argues, led to their violent political views corrupting the traditional Wahabi focus on orthopraxy over the following decades.

The idea of violent actions to create a return to the original ways of Islam is a feature of the current wave of Islamism. However, it achieved prominence first in 1979. In that year, the Grand Mosque in Mecca was seized by extremists calling for the overthrow of the ruling Al-Saud dynasty. It required a religious fatwa (pronouncement) to be given to allow force to be used, including advice from French commandos on retaking the mosque. In return, the KSA turned much more religiously conservative.

A decade later, another fatwa had to be made to allow foreign forces to be based in the KSA during the first Gulf War to retake Kuwait from Iraq. These actions led to the Saudi rulers allowing an aggressive overseas proselytisation of what Rundell describes as a combination of the non-political Salafist views, with the overtly political and sometimes violent Muslim Brotherhood philosophy.

The US aided this process during the Carter and first Bush administrations when they were encouraging the Saudis to fund the Mujahideen (Islamist guerrillas), in order to fight the Soviet Union in Afghanistan. Rundell says: “I have spoken to Al Qaeda members in prison who seemed nonplussed and would say to me ‘I don’t understand you Americans. When I went to Afghanistan, a Muslim country which had been occupied by Russia and killed Russians, you gave me a medal. And then I went to Chechnya, another Russian-occupied Muslim country and you called me a terrorist, I don’t get it’.” When the Soviets left Afghanistan in 1989, the country deteriorated into a civil war and the US walked away.

It was only in 1998 with the Al Qaeda bombings of US embassies in Africa that raised the spectre of Islamism as a terrorist threat. For the KSA, says Rundell, it was only when Al Qaeda started a campaign of bombings in the KSA itself in 2003 that the Saudis realised what had been created. That pretty much ended the flow of money going overseas in any legal format.

Deep changes
Given this backdrop, the changes that MBS and his father, King Salman have been making in the KSA have been profound. Hundreds of thousands of Saudis have studied abroad, mainly in the US, over the past decades. The 1979 generation that had imposed much stricter interpretations of Sharia law are now ageing. The KSA has been rapidly liberalising, particularly over the past five years, says Rundell, who himself was involved with the replacement of Saudi textbooks, including ones that characterised Jews as apes and Christians as pigs with, in many cases, straight translations of Western textbooks.

Corruption is being reduced through both enforcement and the wider use of electronic government services. The latter includes, for example, tendering and new commercial courts, commercial regulations and laws created with regard to bankruptcy, mortgages and accounting practices. Economic policy has improved and been praised by the International Monetary Fund (IMF). New taxes have been imposed and subsidies reduced which, as Rundell says, is just what the IMF likes to see.

Investors have to recognise that MBS is here to stay, says Rundell. “The murder of Khashoggi, as the French diplomat Talleyrand once said, was worse than a crime, it was a mistake and MBS will pay a big price for that for a long time.” Rundell suspects it was a kidnapping attempt that went wrong, which, however, is hardly an excuse.  But that cuts to the core of the issue – how should investors regard the KSA ruled by MBS?

For Rundell, the answer is clear. “Most of what MBS is trying to do is positive. His economic reforms are well thought out, and he’s the first guy that has actually had the audacity or the courage to implement changes as dramatic as opening movie theatres, letting women drive, actually starting an affirmative action programme for women and so on. And so, I think to the extent that you want Saudi Arabia to become a modern country, a successful economy, he’s the guy that’s going to be the one who doesn’t kick the can down the road for someone else to deal with.”

Perhaps the biggest problem is the ongoing brutal war in Yemen against the Houthis who, perhaps wrongly, have been perceived as controlled by the Iranians. That could make them an existential threat to the KSA on the Arabian peninsula. MBS is blamed for starting it, but as Rundell points out, planning for the war in Yemen began under King Abdullah who died in 2015. “This idea that has gained traction in the West, that this reckless 30-year-old took his country to war, is really just historically inaccurate,” he says. The KSA was aided by the US Obama administration as well as the UN and the UK and a number of other Arab governments. “It has turned out to be a lot bigger headache than they anticipated, and the Saudis are now working pretty hard to get out of this quagmire that is sucking a lot of money.”

The question that needs to be at the forefront when it comes to the regime in the KSA is what is the alternative? None of the countries in the Arab world have moved to become stable liberal democracies. The KSA has remained stable. The Saudi government still has, unlike countries such as Pakistan, control over its military. It is also, Rundell says, moving towards a pluralist state. But he adds: “If you protest too loudly, he will throw you into jail.”

For investors, the unfolding tragedies in Afghanistan, Iraq, Libya and Syria perhaps gives the reason why there may be no alternative to MBS.