Many pension funds throughout Europe have had insufficient funding ratios for many years in part due to falling interest rates, even though pension funds’ investment choices and contribution levels also play a role. 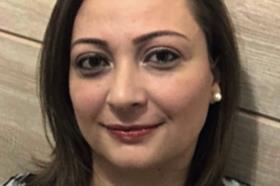 The latest increase in interest rates has tipped the funding ratio’s needle in the opposite direction.

Civil service scheme ABP recorded the largest rise to 117.4% in March, while PFZW saw an increase in its funding ratio by 11 percentage points, reaching 110%.

It’s a similar scenario for the UK. The aggregated funding ratio for defined benefit (DB) pension schemes potentially eligible for entry into the UK’s Pension Protection Fund (PPF) increased from 108.4% to 111.4% in March, the highest level since June 2007, according to new figures from the DB lifeboat fund.

Despite pension schemes’ funding ratios nudging higher, some schemes are taking on either too much risk or not enough to meet their targets. To stay on track, they need to focus on preserving funded status improvements, while mitigating risks, and positioning for the future.

The opportunities of such asset classes in a post-pandemic recovery world suffering from a volatile geopolitical environment can also be often overlooked by cautious investors.