Companies that ignore human rights issues risk restricted access to capital due to reputational damage and regulatory backlash, according to the Corporate Human Rights Benchmark (CHRB).

In a new report, the $5trn investor collaboration named 28 companies including Kraft Heinz, Macy’s, Hermes and Prada had not “meaningfully engaged” with investors regarding issues such as modern-day slavery, worker safety and freedom of association.

In contrast, it named Tesco, Nestlé, Gap, Freeport-McRohan and Mondelez as companies reviewing and positively evolving their programmes and policies on human rights.

CHRB – a collaboration of large investors and other groups, including APG and Nordea – found that apparel, agriculture and mining companies were committed to addressing gaps in human rights management and improve performance.

“Benchmarks, civil society and investor pressure is helping to create a ‘race to the top’ in human rights reporting and commitment to transparency,” it said. 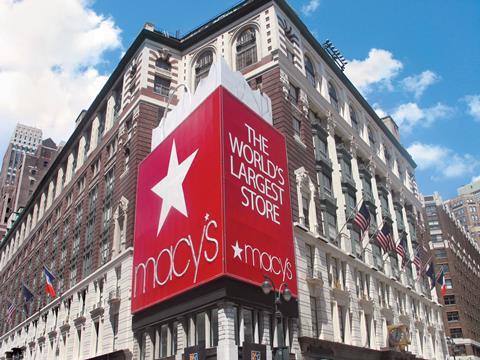 Macy’s was among the companies criticised in CHRB’s report

CHRB said its conclusions were backed by consultancies, such as Freshfields Bruckhaus Deringer and ERM, who reported increased demand for human rights support in the wake of its pilot benchmark report in 2017.

It added that investors were discussing how poor company human rights performance could result in exclusions from specific funds.

According to CHRB, 52 companies issued a dedicated human rights report last year, while over 5,000 firms have reported on their public commitments to avoid modern slavery in their supply chain.

Steve Waygood, the CHRB’s chairman and chief responsible investment officer at Aviva Investors, said that “we should all be concerned by the lack of engagement from around a quarter of companies, particularly as they are in priority sectors concerning serious human rights impacts”.

According to the CHRB, the 28 companies that have shunned engagement had not responded to the investor coalition, the CHRB’s invitations, consultations or communications.

They had not taken part in 2018 engagements either, it said.

CHRB said its members would push for greater corporate transparency and engagement this year. It also committed to expanding its assessment into the technology sector, with a pilot benchmark planned for 2019.

CHRB was founded in 2013. It is backed by a €5trn investor coalition that includes APG Asset Management, Nordea, Robeco and the Church of Sweden, and is supported by the UK, Dutch and Swiss governments.

AP7 has blacklisted 27 companies explicitly due to human rights issues, according to its website, while eight have been banned by Norway with three more under observation.