The UK government has not gone far enough to protect members’ interests in its proposed rules for commercial defined benefit (DB) consolidators, industry organisations have said.

The UK government’s consultation on the proposed rulebook for consolidators closed on Friday. Responses were broadly supportive of the government’s planned approach, but warned that more attention needed to be given to the complex nature of some accrued benefits when transferring from one provider to another.

Law firm ARC Pensions Law warned that the Department for Work and Pensions’ (DWP) plan had “significant gaps in member protection” as it had not fully explored the varying nature of accrued benefits within individual schemes. UK DB schemes often have separate tranches with differing benefit structures depending on legacy rules on inflation linking, retirement age, or accrual rates.

“For consolidation to work, schemes need to refocus some of their time and resources towards understanding and sorting out precisely what liabilities they are transferring,” ARC stated.

“Consolidators will want certainty on the liabilities they are accepting. Actuaries will be unwilling to certify bulk transfers riddled with latent legal risks. And the current legal framework explicitly does not require the benefits to be ‘the same’ before and after transfer.” 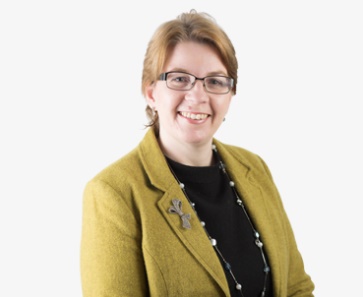 Jane Kola, partner at ARC, added: “Good member outcomes are key to confidence in pensions. The consultation is a step in the right direction but the proposals are not ambitious enough.

“Increasing the chances of members receiving full or close to full legal entitlements must surely be the aim. That requires a clear understanding of benefits and legal risk alongside the financial and investment risks.”

The Society of Pension Professionals (SPP) echoed the ACA’s call for simplification.

“It may be that superfunds will offer better terms to schemes that are willing to convert benefits to a standard scale before transition,” the society said, as simpler benefits would reduce administration costs and make hedging more efficient.

In its consultation paper, the government proposed a “regulatory gateway” as a framework for assessing the suitability of any transfer to a consolidator vehicle.

It specified that the gateway was designed to stop schemes and employers from transferring to a superfund when an insurance buyout is affordable.

The ACA’s Condron said the gateway “should be set at a level where schemes that can benefit from the superfund option are not unnecessarily excluded”.

Consultancy group XPS Pensions called for the DWP to set “strong regulations on financial stability” and tighter controls around when commercial consolidators can realise profits from members’ benefits. This would “remove the need for restrictive gateway conditions” and place the final decision on whether or not to transfer with individual schemes’ trustees.

‘Too big to fail’

Wayne Segers, principal at XPS, said the financial backers of consolidators – also known as “superfunds” – should only be permitted to take out money “when members’ benefits are settled, ideally by transferring to an insurer”.

This would “prevent superfunds becoming a systemic risk” as well as addressing competition concerns expressed by insurance companies.

Similarly, the SPP called for the DWP to model the likely scale of superfunds to find a balance between innovation and member protection.

“A consolidation of risk into a small number of providers could ultimately lead to superfunds that are of national economic importance and therefore ‘too big to fail’,” the society said. “The effect of this on future policy development and the Pension Protection Fund needs to be fully understood.”