France’s pension reserve fund wants to increase its allocation to impact investments, it announced in connection with its performance result for 2017.

The fund was only at the beginning of its thinking about how to pursue this goal, but would probably issue a tender for impact investing this year, according to Olivier Rousseau, member of the executive board of Fonds de réserve pour les retraites (FRR).

Another option would be for FRR to add impact requirements – in particular social and environmental – to equity mandates that were to be renewed this year, but at the moment the fund was more likely to opt for a separate impact investing tender.

Rousseau indicated the fund would seek to allocate a substantial amount to impact investing.

FRR existing investments included what it called “ESG momentum” mandates, in which managers invest in mid-cap companies with potential to improve their environmental, social and governance (ESG) performance and have this as a goal. Since 2014 FRR has also invested in funds with an environmental – mainly climate – theme. 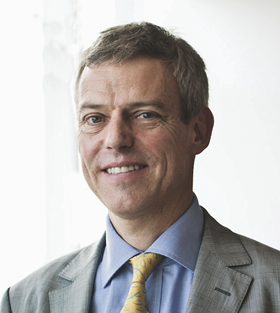 Just over 1% of FRR’s assets, roughly €400m, were allocated to these mandates, Rousseau indicated.

This year FRR planned to further lower the carbon footprint of its portfolio, the fund said in a statement.

It would also award “development capital” mandates and establish dedicated “innovation capital” funds, part of a €2bn programme of investment in French private assets. It was given approval for this in 2015, and more than half has been committed.

Rousseau told IPE that FRR will also be tendering out four equity mandates this year: for French, European and US smallcap stocks, and for Japanese equity. It would require managers to have greater integration of ESG factors as part of these mandates, he said.

FRR’s investments returned 7.16% in 2017, led mainly by equities, it reported this week. In absolute terms, its assets increased to €36.4bn as at 29 December.

FRR’s liabilities were fixed at the beginning of 2011, since when it has had to make annual payments of €2.1bn to Cades, the agency that refinances France’s social security debt.

With last year’s return, FRR’s net assets have increased by €14.1bn since 2011. The fund said this had “enabled it to reduce the anticipated decrease in value of its portfolio to a very significant extent”.