With just one week to go until the General Election, new research from global law firm Clyde & Co has revealed that the UK Government is missing out on £40m (€47.4m) of funds by not recovering debts owed from individuals and businesses that have failed to comply with their pensions obligations.

Enforcement actions by the UK Pensions Regulator (TPR) increased by over a quarter in the last year but the recovery rate against recoverable debt remains low at 30%, according to the research.

The total value of enforcement actions more than doubled from the previous year, reaching £124.6m. Yet crucially only £18.4m of the £62.1m that is recoverable debt has been recovered.

Terry Saeedi, head of pensions at Clyde & Co, said: “Enforcement activity has increased rapidly in recent years and employers should take note of this activity. With all political parties pledging funding boosts on the campaign trail, it is clear that better recovery could enable them to keep some of their promises.”

She said that whatever party is elected next week, it is likely to grant strengthened powers to the regulator to take action against irresponsible employers. “As the value of fines continues to increase, we can expect the regulator to look at ways to improve the collection of outstanding debts if the recovery rate does not improve,” she added. 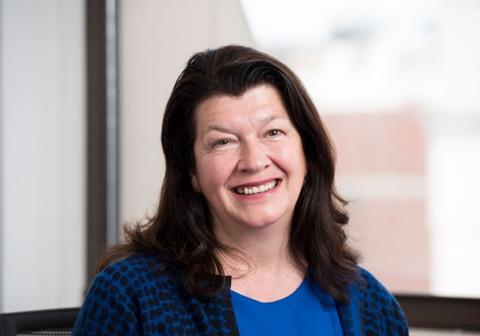 Under the pensions obligations, which came into force between 2012 and 2018, all businesses must enrol all eligible employees into a pension scheme or face enforcement action from the regulator. Failure to comply with the auto-enrolment obligations can lead to fines of up to £10,000 per day, depending on the size of the business.

”Seven years after the introduction of auto-enrolment, employees are becoming increasingly aware of their rights. The sharp rise in the number of whistleblowing reports received by the regulator shows that these, too, put pressure on employers to comply with their obligations,” Saeedi added.

The research showed that the biggest increase was among unpaid contribution notices, which increased fourfold last year compared to 2017/18. These are issued when an employer has not paid its contributions into a pension scheme by the required date. If contributions are unpaid for too long, the employer becomes liable to pay the employees’ contributions as well as their own.

Accounting giant KPMG has confirmed that it has signed a conditional agreement to sell its market-leading UK pensions practice to NewCo, which is backed by private equity firm Exponent and KPMG UK’s current pensions partners.

Once completed, the sale will see all 20 partners and circa 500 staff currently employed in KPMG’s UK pensions practice transfer to the NewCo.

The firm will disclose further details upon completion.

The collaboration will allow companies from across Europe that sign up for Revolut’s business account to set up a workplace pension for their UK employees within minutes.

Vaidas Adomauskas, head of business product at Revolut, said: “Our new partnership with Smart Pension makes it easy for our business customers to meet auto enrolment requirements for eligible members of their companies. Not only can account holders take advantage of this preferential rate from Smart Pension, but they can set up both a business account and get pensions up and running in minutes.”

The announcement follows the news last week that Revolut’s business customers with local sterling account details can now set up direct debits to automate the payment of regular bills and expenditure including monthly pension contributions.

He said the Revolut’s business account can now be used by employers across Europe to automatically pay into a workplace pension for their UK workers without hidden fees.

The new feature will see Revolut for Business customers that sign up before 30 April 2020 get an introductory offer to include a promotional discount off members’ fees.

Business account holders will be able to access the time-limited offer via the Perk pages on Revolut’s platform.