The pension fund for the UK’s higher education system will not incorporate revised risk appetite information from sponsoring employers into its latest funding agreement in part because of concerns a further delay could bring a regulatory penalty.

The £60bn (€67.8bn) Universities Superannuation Scheme (USS) has started a consultation with employers on a deficit recovery plan and schedule of contributions that would finalise the 31 March 2017 valuation. Disagreements between unions and employers about the valuation ultimately led to strikes on campuses across the country this year and the formation of an independent panel of industry experts to attempt to resolve the dispute.

The proposals put forward by USS were based on planned contribution increases arising from a default cost-sharing process that kicked in when Universities UK (UUK) – which represents employers – and University and College Union (UCU) – representing members – failed to agree on an approach to the scheme deficit.

The joint expert panel (JEP) had recommended that sponsoring employers’ attitude to risk be reassessed, which it said could lead to lower contributions than those planned by USS, and that this and other measures be implemented within the 2017 valuation.

In a letter to Alistair Jarvis, chief executive of UUK, Bill Galvin, his counterpart at USS, said the scheme acknowledged the prospect of “a material change in the views offered to the trustee to date on such fundamental issues as market risks, investment strategies and contribution levels” since USS had consulted with the UUK in September last year.

However, reopening the discussion “on such fundamental issues” in relation to the 2017 valuation would introduce further delays in increasing the contributions to the scheme and meeting the costs of the benefits currently accruing, said Galvin.

“It is also clear at this stage of the process that the consequences of any such delay could include the very real risk of regulatory sanction, with the Pensions Regulator [TPR] ultimately having powers to direct the trustee on how to calculate the technical provisions, change the benefits and/or set the contribution rates for members and employers,” wrote USS’ chief executive.

The statutory deadline for completing the 2017 valuation was 30 June 2018 – 15 months after the valuation date – and Galvin noted the scheme “has been in breach of the law ever since”. 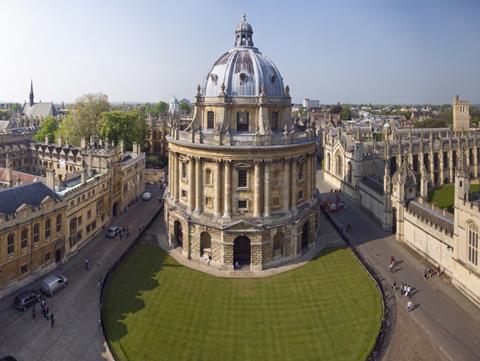 He explained that the scheme was also proposing to stick with deficit recovery contributions of 6% for the 2017 valuation after having considered funding and market developments since 31 March 2017.

As at the end of October the scheme’s funding position, based on the distance from its ‘self-sufficiency’ benchmark, was not markedly better than that of March 2017, Galvin noted, and Gilt yields were somewhat lower than projections made in 2017.

The scheme would, however, review its stance on the deficit recovery contributions in January following the consultation with the UUK, and before submitting the completed valuation to TPR.

Galvin also reiterated USS’s intention to proceed with a new valuation using data from 31 March 2018, after sponsoring employers agreed to more risk. The scheme expected to issue a technical provisions consultation to UUK in the coming weeks.

He asked UUK CEO Jarvis to provide feedback on the draft contributions schedule and recovery plan by 11 January to allow USS to complete the 2017 valuation and submit the final valuation report to TPR.

In an explanatory note to UUK on USS’s proposal, Aon consultants floated an alternative approach to the two-valuation route being pursued by USS, which it said could effectively create a problematic “backstop” position if the 2018 process was not satisfactorily resolved within a reasonable amount of time after the conclusion of the 2017 valuation.

Instead, Aon said, the scheme could implement an interim plan for contributions before completing the 2017 valuation, replacing current contributions with those due from 1 April 2019 (19.5% for employers, and 8.8% for members). These would apply until the 2018 valuation were agreed. Under USS’s proposal, contributions contributions would increase from 1 October 2019 and then again on 1 April 2020.

An interim schedule based on the 1 April 2019 contributions would have several benefits, according to Aon, including that it “would be consistent with the trustee’s position of a 2018 valuation being the most appropriate approach to consider the JEP’s recommendations, and to the agreement of all parties to a resolution ahead of JEP phase 2”.

The consultants noted that further information would likely be available before the deadline of USS’ consultation on the deficit recovery plan and contributions schedule.

According to Aon, USS was looking to submit the completed 2017 valuation to TPR in February.