2
Cryptocurrencies and the state

Cryptocurrencies and the state

It is hard not to come across an ICO (initial coin offering), a new exchange or a new crypto fund. Alongside this proliferation, the volatility of Bitcoin and its brethren is exhausting. In 2017, the market cap of Bitcoin rose by a factor of more than 20 times before collapsing by 69% in seven weeks and surging again by 64% in the next 10 days.

Today there is a furious debate as to whether this is the latest bubble or whether we are seeing a new wave of disruptive digital innovation.

If you are a supporter, Bitcoin and its ilk – Ethereum, Ripple and the wider cryptocurrency universe –  are an unprecedented paradigm shift in currency. The rapid escalation in price in the past year is based on clear fundamentals, such as the blockchain and its freedom from interference.

If you are a detractor, altcoins are an irrational delusion. They are a product of unrestrained euphoria and a new chapter in human folly to join Dutch tulips and Japanese golf memberships. Both are partisan positions, charged with emotive hyperbole.

In reality, the debate is one about the nature of what makes money. The answer to that is not in the present, but in the past.

Over a longer-term perspective, Bitcoin and the wider altcoin universe have had a stellar run.

From a market capitalisation of just $6.4bn (€5.2bn) for Bitcoin and a little over $7bn for the wider altcoin universe in February 2016, Bitcoin hit a high of $330bn in December 2017 while the wider altcoin universe hit a peak of nearly $800bn on 6 January 2018. Even after recent volatility, the total market capitalisation is north of $450bn today – more than 60 times in just two years.

What are we to make of this? Comparisons are sometimes drawn with the dotcom era. Two decades ago, the internet was going to produce hypergrowth, destroy the business status quo and create a world without boundaries. It changed the world eventually, but this journey was also punctuated by a rollercoaster boom and bust cycle.

A century earlier, the Western world saw a bicycle boom as mechanised transport began to replace horses. The bicycle’s durability, ease of use and low upkeep – how much does a bicycle eat? – were clear attractions. In a chauvinistic world, there was talk of hypergrowth as women could ride them, making the market instantly twice as large. In the ensuing boom, bicycle shares soared and money poured into anything remotely related. The Wright brothers – inventors of the aeroplane – funded their famous experiment through their bicycle shop. The first major roads were built in anticipation of hordes of future cyclists. In time, the bicycle thrived, but the companies did not as they lost the race to the car. 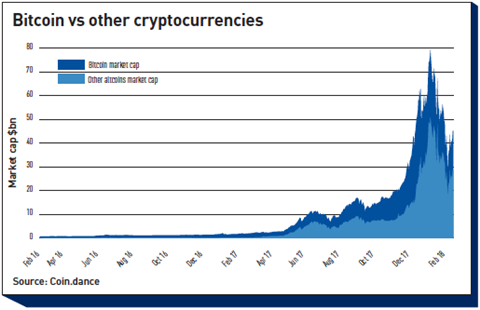 But there is more than technology at play here. Cryptocurrencies seek to reinvent currency itself.

Adherents invoke – in sentiment at least – the arguments of the noted Austrian economist, Friedrich Hayek, who advocated a free market of competing denationalised currencies Provide people with choice, Hayek held, and they would instinctively choose those currencies that best retained value and were least affected by the whims of policymakers.

Bitcoin has succeeded because its limited supply and freedom from human interference are powerful assets in an era where trust in the traditional monetary system has ebbed. It has become a digital hoard of perceived value.

But Bitcoin is still far from serving the real economy. Its volatility may be loved by speculators, but businesses still account in dollars, euros and the like. The need to convert back to these and maintain consistent margins means many will prioritise earnings stability. Transaction costs are also prohibitively high, largely driven by the currency’s hard limits .

Whether cryptocurrencies succeed will come down to how well they understand the strictures of society when it comes to money.

Money is a social construct. History shows us that anything – stones, gold, detergent and today, bits of computer code – can function as money.

Any meaning we attach is imparted through the polyglot of social interactions – status, social conformity and human behaviour – that money encodes. Without the trust born of these, no medium of exchange can exist. Even when two nations trade, the money exchanged needs to be credible and convertible, which is why we often use a reserve currency such as the dollar.

But widespread use requires mass acceptance. That implies the presence of society and a dominant state to influence individuals. The currencies that succeed are not those that circumvent the state, but rather those legitimised by it.

Once the state accepts these – digital or otherwise – and starts to regulate them, you also drive individuals to find ways of acquiring the new medium. They now work for others, trade goods or services, and, importantly, use this new currency, as a pervasive hierarchy begins to emerge.

History demonstrates this repeatedly. In 1100, Henry I of England proclaimed that taxes could only be paid using tallies – humble wooden sticks. He also prescribed their form – rudimentary medieval regulation – with each tally cleaved in half between debtor and creditor, and the sum represented by carefully delineated notches. The results were dramatic. The need to acquire tallies for taxes created a natural demand and transactions soon followed. For the next seven centuries, wood passed for money. The English even evolved a system of government financing based around tallies that gave birth to the gilt market.

Official sanction is critical for cryptocurrencies. By making them part of the financial ecosystem, it provides legitimacy, familiarity and demand among greater numbers of people. The marketplace gains more liquidity, for example, naturally dampening volatility and making Bitcoin more than a marketing gimmick.

There are hints of movement – some exchanges now allow futures and ICOs are becoming a new fundraising avenue of scale.

However, it is also far from certain that states will want to give sanction. Bitcoin and its volatile cousins represent a direct threat to sovereignty.

The ability for capital to move swiftly, anonymously and without oversight makes it suspicious to many countries, particularly in an era of deglobalisation where they are erecting more boundaries, not fewer, and where every transaction outside your control represents a lost tax revenue. 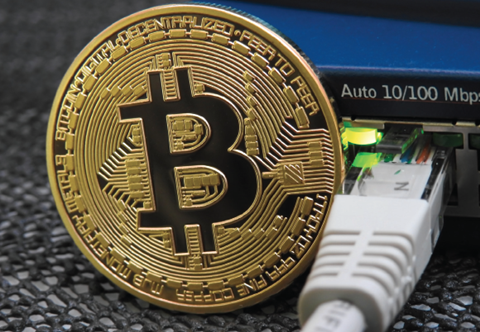 History shows us that anything can perform the task of money

History does not hold much comfort for those seeking to circumvent the state, no matter how righteously.

The era of free banking in the US in the mid-19th century is a strong parallel. Banks could issue their own currencies, thanks to the populist President Andrew Jackson, who shut down the Second Bank of the United States (the then ‘central bank’) as part of a greater debate over liberty. It gave rise to the ultimate laissez faire environment. Banks were subject to no special regulation (other than that for ordinary companies) and could issue their own currencies, controlling both supply and quantity.

This led to a boom, a battle for credibility and a succession of mini bubbles as hundreds of commercial banks sprung up to take advantage. It arguably accelerated economic development in the 19th century, but also led to the advent of ‘wildcat’ banks  that pumped and dumped currencies in an effort to ride the wave.

In the end, it was all too much for policymakers to tolerate. Legislation was introduced to create a system of banks chartered by the federal government and a national currency – the greenback – setting up the Comptroller of the Currency office to manage US currency.

Those pondering the future of digital currencies – whether adherent or sceptic – would do well to examine these lessons.

Every bubble still has a kernel of truth at its core. Central banks have spoken of their own cryptocurrencies, and everyone is falling in love with blockchain technology. Yet several countries have targeted altcoins, and others have sent tax authorities in search of digital hoards.

Bitcoin may hold the future within it, but without the state its existence also becomes tenuous.

Any chance of a lasting future relies on understanding that this is not a war of paradigms, but rather a protracted prenup negotiation between unequals.

Dr Bob Swarup is principal at Camdor Global Advisors, a macroeconomic, investment and risk advisory firm focused on holistic analysis and aiding complex balance sheets. He can be contacted at swarup@camdorglobal.com