What is not to like? Finally, a principles-based approach to the disclosures in financial statements that aims to cut the clutter and home in on the material that is truly material.

That is what the International Accounting Standards Board (IASB) set out to achieve, but if the evidence of the board’s 25 May gathering is anything to go by, the whole effort has well and truly hit the buffers. The question now is, where do they go from here?

As IASB member Ann Tarca saw it, the board had developed proposals, gone through its due process, and met with a less than overwhelmingly positive response. “I think it points out one of the difficulties we’ve got looking ahead, in that we have consulted, we tried our framework, we collected feedback with a view to how we could improve the disclosures in IAS 19, and we spent a lot of time and a lot of effort and a lot of outreach on this.

“There are people who don’t think making changes will improve the standard; there are people who are just saying: stand back, look at the costs and benefits, [because] if you come in with your new approach, it’s really not going to improve what’s already there.”

Moreover, that reaction from consultees meant the task of deciding where the project goes next was unlikely to be easy because, as she saw it, many of the views on the project from consultees span such insights as ‘not more useful than what is already there’; ‘won’t meet user needs’; or even ‘doesn’t have the necessary information’.

So, for Tarca: “There was such a volume of doubt about the benefits of making changes that I felt that we really didn’t get a clear mandate for proceeding – even though we’ve done so much work trying to.” In other words, there was no clear steer from the feedback.

That said, it would be wrong to characterise the proposals as a complete washout. During the February meeting, the board heard that some constituents positively welcomed the proposals.

An objective to cut the clutter

The IASB issued an exposure draft trialling its new approach to disclosures about pension obligations in March 2021. The approach focused on a series of objectives aimed at teasing out the most relevant information, alongside a catch-all or high-level disclosure.

The board hoped this new approach would encourage preparers to take a broader view of disclosures, which have tended to emerge on a piecemeal basis across the board’s many standards. Users of financial statements have complained that disclosures often contain too much clutter and omit material information that they would like to see.

The project focused on IAS 19, Employee Benefits, and IFRS 13, Fair Value Measurement, as test beds for the new approach.

Nonetheless, there is something of a sticking point that could prove a major obstacle to progress: a troubling lack of clarity among board members over what the project is meant to achieve.

Perhaps the most intriguing contribution to the 25 May discussion was an exchange between the IASB’s chairman, Andreas Barckow, and IASB member Mary Tokar. From the chairman’s vantage point, the whole purpose of the project was to reshape what is already there in the standard, not to review the standard and fix its deficiencies.

Barckow began: “I think we have to be really careful what the objective of this project was. It was not to see whether IFRS 13 and IAS 19, are working as intended… It was a different articulation of existing disclosure requirements.” This, he added, would also risk adding a pensions project to the board’s workplan through the backdoor. 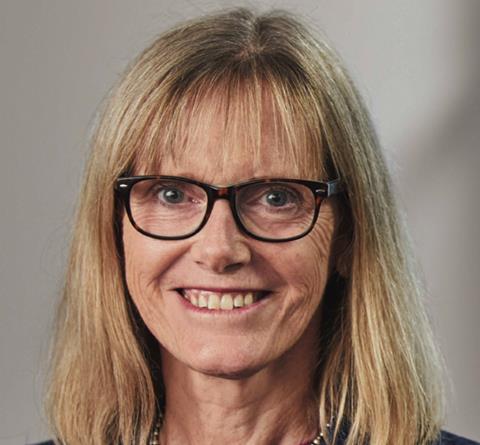 However, Tokar views the situation differently, explaining her “struggle with your characterisation about it being solely to test the model” – not least because the board had consulted users to learn “not just what you do with this piece of information”, but also uncover the “information you really need as disclosures”.

That might, she conceded, have been rather ambitious, but it was nonetheless “on that basis that we went out to users and said ‘spend lots and lots and lots of time with us to help us understand what information you need’”.

What is clear, however, is that the staff team conducted extensive and diligent outreach. Agenda Paper 11E, which the board considered in February, reveals that “the staff attended 17 meetings with 80 users” during the comment period.

This included outreach meetings with the IASB’s Capital Markets Advisory Committee and Global Preparers Forum, contact with the Corporate Reporting Users’ Forum, as well as contact with investors worldwide.

One comment letter from a group of investors is perhaps the most revealing. In its letter, the CFA Institute attacks the premise that companies are disclosing too much irrelevant information.

“[T]he Board appears to be articulating a perception that financial statements currently include a high degree of immaterial information, and that by limiting the amount of ‘minimum required disclosures’, the ED [exposure draft] will remove a large amount of obfuscating and immaterial information and improve the perceived disclosure overload experienced by investors.”

This, argues the CFA Institute, is misconceived. The evidence of its member surveys, it says, is that “investors do not believe financial statements include substantial amounts of immaterial information”. Indeed, the letter continues that “respondents to our surveys see disclosure reforms that provide more discretion to management and reducing the volume of disclosures as being the least important priority for standard-setters”.

The comment letter then goes on to question the decision to trial the new approach to disclosure on IFRS 13 and IAS 19. The fair-value measurement standard, explains the submission, is just 10 years old, making it a curious choice for a test bed. As for IAS 19, the CFA Institute suggests the board might have selected it because of the sheer length of the pensions footnote.

The submission states: “In reading the Exposure Draft, we not only can’t determine in a concise manner (ie, no blacklining) the changes – likely subtractions – that are being made, but the reason why these standards – other than their length – are deemed to be in greatest need of revision.”

From reading that, some might also suspect that the challenge the board is facing is not so much about what it wants people to disclose but rather how it communicates and consults on it.

Where the board goes with this project in September, when the staff brings back recommendations for the board, is anyone’s guess. As Tarca put it, the question facing the board is not just whether any action that the board takes is within the project brief, but also whether board members “honestly believe” it will “benefit the preparers and the users, auditors, regulators and others by us investing the time to do it”.