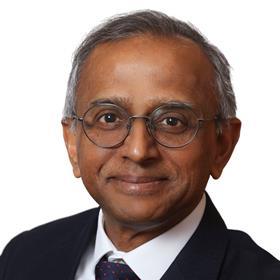 And it would spell the end of the careers of many politicians in the countries he is investing in. Yet China, despite all the criticisms over strongman Xi’s increasingly autocratic tendencies, is the driving force that could also support the emerging market story for virtually the whole asset class.

Why does Hovasse believe the promise of emerging markets – rising domestic consumption driven by a growing middle class and moves to value-added exports away from domination by commodities – can be reduced to the capricious decisions of a single individual?

The problem for emerging market investors is that far too often the promise has been squandered by politicians adopting a narrow ideological focus, or populism often mixed up with attacks on minorities and in all cases lubricated by sometimes staggering levels of corruption.

Sri Lanka is a text-book example. The Rajapakse clan – which had at least six members in the government including the president and the prime minister – recently faced country-wide and at times violent demonstrations, with the prime minister Mahinda Rajapaksa forced to flee his residence, having destroyed the economy and the social fabric of the nation through populist and capricious decision making.

An egregious example of this was the decision by the president to ban the import of fertilisers overnight, ostensibly with the objective of shifting the country immediately to purely organic farming. A more likely reason was the saving of foreign exchange – with the predictable result that the rice harvest halved.

The nadir for emerging market investors has, of course, been the Russian invasion of Ukraine. But emerging markets have faced devastating political turmoil across the globe for the past couple of decades, points out Hovasse.

The major investment destinations in Latin America have seen the impact of political mismanagement across the continent – from Venezuela under President Hugo Chávez, which despite having the largest oil reserves in the world now produces less than a third of what it did when Hovasse started his career 20 years ago – to Argentina, which defaulted even when governed by pro-market Mauricio Macri.

Brazil has seen zero average GDP growth in 13 years. Even Chile, which had the best economic metrics and political stability, is experiencing increased political turmoil, giving rise to enhanced political risk that was not the case in the past. Mexico has also not been very well managed, with oil production declining continuously and state oil company Pemex mired in corruption.

“South-east Asia prospers because many Chinese companies are now investing there; the number one export destination for Korean companies is China”

Turkey, another major emerging market destination, is headed by President Recep Tayyip Erdoğan, who installed his son in law as the finance minister and cut interest rates despite rocketing inflation, completely destroying the country’s credibility. As a result, it is almost uninvestable today, believes Hovasse.

Most of Africa is unattractive for listed equity managers, as stocks are generally not liquid enough for them to buy in the right quantity.

Russia’s actions are not only destructive for Ukraine, but also for itself, says Hovasse, as it has become technically uninvestable. “This is a country with 140m population and a trillion-and-a-half dollars of GDP, which has been wiped off the investment map.”

If Xi Jinping emulates Putin with regard to Taiwan, or sells arms to Russia, or if human rights violations become overwhelming, Hovasse sees emerging market equities almost finished as an asset class. Other emerging markets are either countries like Korea and Taiwan – which are becoming developed, and in any case it does not require emerging market experts to buy the likes of Samsung or Taiwan Semiconductor Manufacturing Company – or else India and a handful of smaller markets.

The case for China

The future may sound gloomy on that analysis, but the bright spot – potentially a very bright one – is that the prospects for China are very good. So much so that Willis Towers Watson in an October 2021 paper suggested investors consider increasing their allocation to China from the current level of 5% “to potentially around 20%” over the next decade.

With a population approaching 1.5bn, China is already the second-largest economy in the world, with GDP of around of $17trn, and is on course to overtake the US.

As investors put ESG into the heart of their investment processes, China even comes out well on many metrics. On the environmental front, it has invested 1.5% to 1.7% of GDP per year on average in the past decade in improving the environment, according to Hovasse. It is transforming its energy mix, moving away from coal, and is the number one producer of equipment for renewables, dominating the market for solar equipment, for instance.

Moves in the US to widen health coverage are dwarfed by China’s progress, with 100% of the Chinese population today having access to healthcare.

China also benefits from strong economic governance and has a large current-account surplus. Most significantly, as Hovasse argues, it is the engine of growth for most of the emerging markets. South-east Asia, for example, prospers because many Chinese companies are now investing there; the number one export destination for Korean companies is China.

Latin America and others with economies dominated by commodities will export a lot more to China under a benign scenario. Chile, with its copper reserves, is a case in point.

There are two major exceptions to China’s domination of emerging market economies. One is India which, because of military tensions, has deliberately restricted involvement with China, banning Chinese internet companies. The other is Mexico, whose economy is highly correlated to the US, and accounts for 80% of exports.

Investors can be relieved that the probability that China will invade Taiwan is lower today than before the Russian invasion of Ukraine. As Hovasse sets out, the priority of the ruling Chinese Communist Party is the wellbeing of its people. It can see that the Russian population is facing plummeting living standards as the country faces isolation from Europe and the US.

As Michael Sheridan, former Far East correspondent of London’s Sunday Times, also points out, the leadership of China cannot be compared to that of Russia. There may be a superficial ‘strong man’ likeness between the autocratic tendencies of Vladimir Putin and Xi Jinping, but unlike the gangsters who surround Putin, Xi sits at the top of a highly robust, tripartite institutional structure as head of the state, general secretary of the Chinese Communist Party, and chair of the Central Military Commission.

There is also still consensus in decision making, with a standing committee of seven and a politburo of 25. If Xi vanished tomorrow, a replacement would be selected pretty much automatically from within the current leadership. Provided China’s leadership does not follow Putin’s foreign policy choices, it should end up carrying the rest of the emerging markets upwards.