Climate change and artificial intelligence are reshaping the investment world

As the new decade begins it is becoming clear that two trends will reshape the future of investing.

One is the rise of artificial intelligence (AI) as a new technology capable of disrupting every industry in the mature economies. The other is growing concern about climate change, which is set to transform the ecosystem of today’s financial markets.

This much is clear from a recent global survey of pension plans and asset managers by BNY Mellon Investment Management and CREATE-Research, titled Future2024: Future-proofing your asset allocation in the age of megatrends.

AI has the potential to redefine our lives. From the algorithms dictating our social reactions online, to cars that drive themselves; from routine process automation in our workplaces, to the disruption of traditional industry sector boundaries. In each of these areas the current status quo looks set to be swept away by advances in computer thinking. 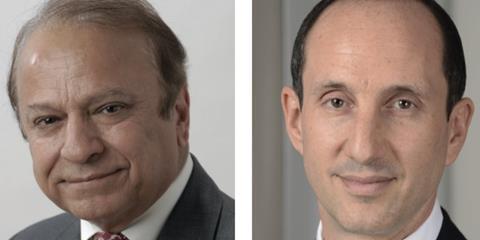 With climate change, we are seeing how rising global temperatures are already disrupting long-established weather patterns. In response, as global consensus solidifies around the human-made origins of this change, ever more people and organisations around the world are seeing the need to reduce their carbon footprints.

The world appears to be on the cusp of an era-defining period of transition. Both AI and climate change have the momentum of a supertanker – powerful, steady and unchanging. Both are fraught with risks as well as opportunities (see figure).

Hence, the wider challenge is how this assessment will impact asset allocation of pension plans, which has already experienced a tremendous change in the last decade.

The Lehman crisis in 2008 was a defining moment. Diversification failed when it was needed most. Asset allocation began to morph, as previous innovations gained fresh traction. Pension plans, as a result, are deploying an eclectic approach to harvest the risk premia inherent in such trends.

First, they have intensified the search for uncorrelated performance, giving rise to absolute-return strategies.

Second, asset allocation tools – such as passive funds and multi-asset funds – are being deployed to ensure a divide between alpha and beta returns.

Third, secular themes are becoming a popular way of profiting from the selective growth points in the global economy that is gripped by the fear of secular stagnation.

Alternatives go mainstream
In each case, these innovations are being accompanied by the headlong rise of alternatives – a phenomenon apparent since the 1990s – with four key asset classes gaining prominence: infrastructure, private debt, real estate and private equity.

The first three of these have delivered a handsome illiquidity premium of about 2% in the past decade as well as predictable cash flows, particularly welcome to those pension plans now in their run-off stage.

They have also proved good diversifiers, owing to their low correlation with traditional equities and bonds. Their valuations do not fluctuate much, year-on-year. Most of them have good collateral. The underlying legal instruments use floating-rate structures that hedge out the interest rate risks, where relevant.

Against this broad background, to harvest the long-term risk premia associated with climate change, many pension plans are applying ESG screens to all four alternative asset classes listed above, with strong emphasis on renewable energy and ‘green’ transport.

They are also investing in ‘green’ bonds directly linked to environmental projects. Their allocations have varied from 19% to 31%, depending upon the maturity profile of their liabilities. Those with shorter profiles have made smaller allocations.

On the other hand, those aiming to exploit the risk premia associated with AI have focused on real estate to invest in ‘smart buildings’, on private debt to support young start-ups in the AI field, and on private equity to capitalise on the corporate restructuring facilitated by AI.

Overall, therefore, according to our survey, it appears that investors are relying on a diversified mix of strategies to access the opportunities presented by climate change and AI.

The mix covers passives and actives in long-only public markets and illiquid asset classes in private markets, save for one difference: there has been less appetite for risk-taking in public markets owing to their current overstretched valuations.

Here for good?
Our survey concludes that investor interest in both key trends will prevail for the foreseeable future.

The main reason is that performance in each case has mostly matched expectations so far, subject to the caveat that asset valuations have been artificially inflated by quantitative easing.

Those who have made significant allocations to both themes harbour strong beliefs about their longer-term potential, despite periodic bouts of underperformance. They are likely to continue with their existing approaches.

Already we are witnessing a change in the way markets operate in response to climate change and AI: their risks are being gradually priced in. Understandable, then, that asset management itself is also in the midst of its own profound evolution – not only in the way it goes about its business, but also how it defines itself and assesses its relevance in a changing investment universe. Business models are becoming more focused and customisation is on the rise, with a more intensive use of technology.

The overriding message from our survey is simple: the implied transformation is not a matter of if, but when.