From 1 September, a large number of pension funds and clients of asset managers will be required to start posting initial margin on their non-cleared derivatives exposures, a change that will have a big impact on how they conduct business. The problem is that many institutions may not be fully aware of the implications or what they need to do to prepare – and time is running out.

Meeting the requirements will involve significant changes to business practices that will take months to put in place and will result in higher costs. It could ultimately prompt firms to reconsider how they use derivatives and which counterparties they trade with. The starting point, though, is for each entity to determine whether it will fall into scope from September and to understand what that means.

The rules are the sixth part of a global initiative to bolster the strength of the financial system by requiring non-cleared derivatives to be backed by high-quality collateral. First rolled out to the largest 20 dealers in 2016, the threshold for compliance has been progressively lowered and will apply to entities (including consolidated groups or separately managed accounts overseen by multiple asset managers) with an average aggregate notional amount (AANA) of non-cleared derivatives of just €8bn from September.

According to ISDA research in 2018, this will bring an estimated 775 entities into scope, many of which will be pension funds, investment companies and insurance firms.

The first step for prospective in-scope entities is to run AANA calculations to determine if they exceed the €8bn threshold, and then notify counterparties if they are in scope. Almost all regulatory regimes stipulate March, April and May as the official calculation period for a 1 September compliance date, but firms should not wait until 31 May to perform the calculations or contact counterparties and custodians. All potentially affected entities should conduct indicative calculations as soon as possible. 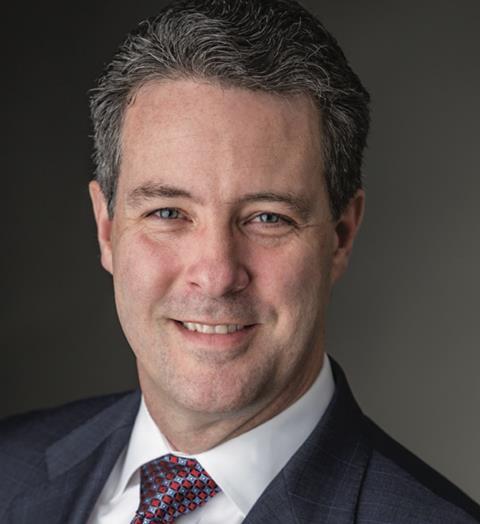 “Meeting the requirements will involve significant changes to business practices. It could ultimately prompt firms to reconsider how they use derivatives and which counterparties they trade with”

Pension funds and investment companies using separately managed accounts to outsource investment management to multiple asset managers have an additional complication. Each legal entity needs to calculate its non-cleared derivatives exposure across all its separately managed accounts to determine if it breaches the AANA threshold and then disclose to its asset managers if it expects to be in scope for compliance.

The same goes for all entities within a consolidated group, such as insurance companies with multiple subsidiaries. Collecting the necessary data for the AANA calculation will require careful coordination with all asset managers.

Once the calculation is complete, disclosure to each counterparty should be made as promptly as possible. This can be achieved bilaterally, via ISDA’s multilateral disclosure process or using the ISDA Amend online tool. However, that is just the start of the process; there are many additional steps to implementation.

Each entity will need to appoint a custodian to meet initial margin segregation requirements, which can involve a lengthy onboarding process. Firms will also need to undergo a know-your-customer procedure with their counterparties’ custodians, which takes time.

New regulatory-compliant documentation will need to be negotiated for each counterparty relationship and, according to ISDA research, the estimated 775 in-scope entities translate into more than 5,400 such relationships, likely resulting in bottlenecks and delays in getting the documentation agreed.

Firms will also need to set up systems to calculate initial margin amounts, send and receive margin calls and post and receive the appropriate collateral, as well as implement processes for dealing with disputes. In all, preparing for these rules can take between nine and 12 months. While some of these tasks can be outsourced, in-scope entities ultimately remain responsible for the margin exchanged, so will need to retain oversight of the process.

There is some good news. First, not every counterparty relationship will be subject to initial margin, at least immediately. The rules set a €50m initial margin threshold for each relationship, meaning collateral only needs to be exchanged with a particular trading partner once the threshold with that counterparty and its affiliates within a consolidated group is breached.

Regulators have stated that documentation, custodial and operational requirements for each relationship also won’t apply until this point. However, entities would need to closely monitor their exposure with each counterparty group and move quickly to get everything in place if it looks like the €50m level will be surpassed.

Second, firms can piggy-back on the platforms and technologies developed for earlier implementation phases, reducing the compliance burden. For example, ISDA convened industry participants pre-2016 to develop a common methodology for calculating initial margin – called the ISDA Standard Initial Margin Model. This means institutions can use an established industry-wide model that has been developed and refined over time, rather than developing their own from scratch.

So what will be the impact of the rules when they come into force in September? The actual amount of margin that will be sucked up as a result of the latest phase is impossible to predict, as it will depend on the exposure of each individual entity. However, the 20 largest market participants (which have been subject to the rules since 2016) collected approximately $207.3bn (€190bn) of initial margin on their non-cleared derivatives transactions at year-end 2020. That compares with $173.2bn of initial margin at the end of 2019. Having to hold a buffer of high-quality collateral to use as initial margin will inevitably affect investment performance, especially as posted initial margin cannot be rehypothecated.

Given the obligation to exchange initial margin, eligible collateral will need to be very carefully managed, taking into account jurisdictional differences in what can be posted and minimum haircuts prescribed by regulators. However administered – whether in-house or via external providers like outsourcers or triparty agents – close oversight of what collateral is available, what is pledged and what is in transit will be critical.

There will be other impacts, such as legal fees relating to documentation negotiation, the cost of building internal systems or using third-party vendors, and per-account custodial charges. This may prompt investment managers to rethink their derivatives trading strategies.

“Eligible collateral will need to be very carefully managed, taking into account jurisdictional differences in what can be posted and minimum haircuts prescribed by regulators”

Some may opt to reduce their use of non-cleared instruments in favour of cleared derivatives where possible – although this would still require the posting of initial margin with a clearing house. Others may choose to use a wider pool of counterparties for their non-cleared derivatives trades in order to remain below the €50m initial margin threshold with each. However, this would require close monitoring of exposure levels on an ongoing basis.

Ultimately, the actions taken will depend on investment strategy, portfolio composition and the approach to risk management. This is not something that will go away – regulatory initial margin requirements will persist long after the implementation date, so long as entities remain above the €8bn AANA threshold each year.

The first step for this September’s compliance date, though, is for each entity to ascertain whether it is in scope and, if so, to begin the lengthy process to comply.