Although several emerging market (EM) central banks have been hiking rates for a few months already this year, particularly in Latin America, it was only in the third quarter of 2021 that the global share of central banks raising official rates moved above 50%. This is the first time in three years that this has been the case, as several developed market central banks joined emerging market counterparts to tighten rates.

Chair Jay Powell of the Federal Reserve has so far been reasonably successful in his efforts to gently persuade as many participants as possible that the Fed does still have time to wait before changing its current policy stance. Although the Fed still views the current level of inflation as ‘transitory’, it will have no hesitation in responding should risks worsen. 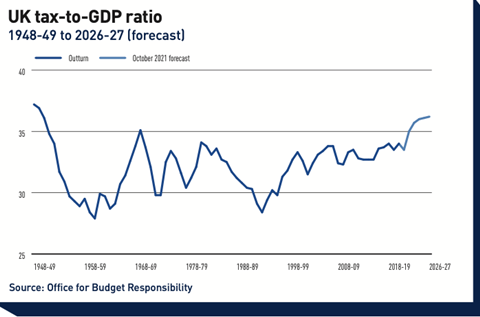 Markets have generally been convinced, and relieved, by his apparently patient outlook – no-one really wants to fight the Fed, after all.

Powell’s stance contrasts with the ECB’s Christine Lagarde, who tried to push back against the market’s bearish interest rate moves, arguing instead that inflation has not become problematic and that the ECB is still looking through the recent price rises.

Policy normalisation is slowly under way, and with a few exceptions it is pretty much a global trend. At this critical inflection point, there is likely to be plenty of ‘trouble’ ahead, as data doesn’t arrive as planned and targets are missed, combined with all the usual worries for investors that central banks, the Fed in particular, might be slipping behind the curve.

Many developed market economies have experienced strong recoveries, taking GDPs beyond pre-pandemic highs. But the same is not true across the emerging-market complex. Emerging economies are taking rather longer, and should mostly get there by the end of 2022. But the overall picture is uneven.

Significantly stronger healthcare systems with major funding programmes available for vaccine rollouts, as well as enormous fiscal support packages launched across developed markets, have ensured that developed market recoveries were going to be stronger and better supported. They are also much less vulnerable to threats from new COVID variants than their emerging-market counterparts generally.

Many EM economies, especially those reliant upon tourism, experienced a particularly economically damaging pandemic. With visitor levels still severely depressed in many regions, recoveries are taking time to materialise.

Rising inflation, transitory or not, is especially unwelcome for several Latin American economies, which have bitter memories of painfully high and very volatile inflation episodes in their recent histories. It is not unduly surprising that some Latin American central banks have been far quicker to hike rates than others in the face of rising inflation.

Looking forward, differing degrees of economic scarring mean that individual outlooks for EMs seem as disparate as during the worst of the pandemic. And for China, 2022 economic growth predictions are coming in lower than pre-pandemic rates, on concerns about the deleveraging and slowdown in the property sector, as well as further restrictions from policymakers seeking to rebalance their economy’s exposure away from the huge property market generally.

For others, the outlook may be significantly brighter. CEE economies, for example, have benefitted both from a good supply of vaccines and from being nicely placed to benefit from post-pandemic expanded EU budgets.

Bonds
With long-dated US real yields recently touching historic lows, the failure of real yields to rise much in the face of some significantly improved (real) economic data, is something of a conundrum for investors. Some argue that although demand pressures for TIPS have grown, net supply from Treasury issuance has barely increased over the past year or so. This is particularly important given the high volume of TIPS still purchased by the Fed in its QE operations.

The surprising lack of action from the Bank of England (BoE) after its November Monetary Policy Committee meeting jolted expectant markets. Vols soared in many rates markets as a great deal of position unwinding was hastily undertaken.

The BoE also (dovishly) signalled it considered 1% to be a ceiling for market-implied SONIA forwards. While it may be true that markets got ahead of themselves in the days leading up to the meeting, pushing the SONIA curve up to 1.25% by Q3 2022, the ensuing chaos in the markets also reflected a bit of a breakdown in communications from the BoE – usually a red flag for market participants who seek reassurance they are on the same page as their central bankers.

Inflation is heading higher in the UK, so the BoE did manage to communicate that rates would be raised in the coming months. However, for the BoE to be less than 100% transparent in its communications seems unwise. Although the recent budget was marginally accommodative, UK fiscal policy is likely to remain restrictive in the medium term. Indeed, the tax burden, as a percentage of GDP, is officially forecast to reach 36% over the next five years, a level not seen since the early 1950s (see figure).

Although Prime Minister Boris Johnson’s government still has a large majority, his popularity is under some pressure after various ‘sleaze’ allegations. If the Brexit process encounters more problems, especially surrounding the Northern Ireland protocol, and inflationary pressures continue to rise while macroeconomic conditions disappoint, investors may judge any further miscommunications from the BoE rather more harshly, which could weigh more heavily on UK risk assets.

Currencies
The Bank of Canada decided that it did not view inflation rises as sufficiently transitory, halted its QE programme and indicated that rates would be raised sooner than expected, causing a huge repricing within the Canadian dollar markets and the most dramatic curve flattening seen in many years.

Indeed, yield curves across the world have been bear flattening, as markets have priced in more aggressive central bank actions and higher short rates, which then might lead to potential growth slowing if central banks tighten too much.

November’s FOMC meeting, however, poured some cold water on the notion that the Fed was all set to get tightening, which should point to a steepening of the US curve and a stronger dollar. 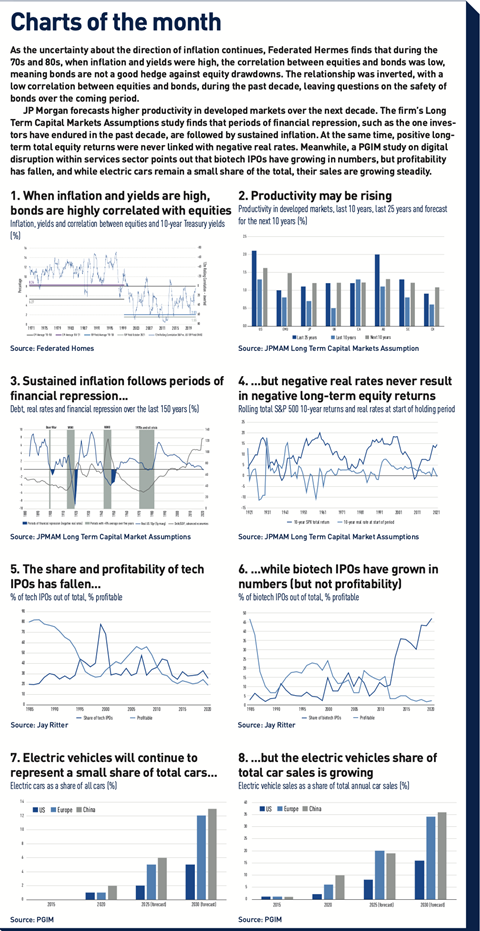 US growth is once again picking up with payrolls on the rise, and the Biden administration is managing to get at least some of its spending plans approved. This puts upward pressure on longer-dated US interest rates (both nominal and real), which should provide support for the dollar, particularly versus low yielders like the euro and the yen, neither of whose central banks have indicated rate hikes.

Japan’s currency remains especially sensitive to US/Japan interest rate differentials. With little sign of the BoJ nearing monetary policy tightening – its October 2021 outlook said “risks to prices are skewed to the downside” – the yen remains under pressure, and indeed has been the worst performing G10 currency over the past few months.

Although the yen’s trade-weighted level is about as low as it has ever been (using the real effective exchange rate methodology), it is not easy to identify whether this is the bottom, or what could prompt a turnaround for the currency, as long as interest rate differentials remain wide and the currency keeps up its role as a cheap funding currency.