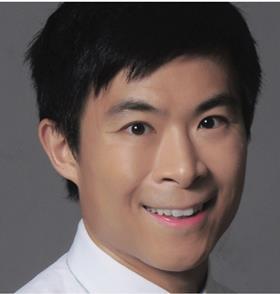 It is no surprise that his claims attracted substantial attention. But many of the reactions were driven by emotion, not evidence – predictably, ESG sceptics hung on his every word, and devotees savaged them. Fancy’s follow-up article in Medium ran to 40 pages, but again cited almost no evidence, being filled with anecdotes, quotes and assertions.

So what does the evidence actually say?

Let’s first stand in Fancy’s corner. One of his many charges is that divestment has no effect on corporate behaviour. Studying the effect of ESG divestment campaigns is tricky because it’s difficult to separate out causation from correlation.

The most rigorous study of divestment focuses on the 1980s campaign to exit from South Africa. This was driven by the desire to end apartheid, rather than views about the prospects of the economy. But it had negligible effect. While disappointing, this result isn’t too surprising. An investor can only sell if another investor buys, so divestment does not deprive a company of capital.

A more nuanced argument is that divestment drives down the stock price and makes future capital raising difficult. But divestment targets rarely raise capital to begin with. They have few investment opportunities, so the cost of capital is moot. In contrast, many are returning capital through share buybacks. Divestment actually helps by allowing them to repurchase shares at low prices.

So Fancy is right to highlight the limitations of divestment. But he’s wrong to imply that sustainable investing is no more than divesting from low-ESG companies and investing in high-ESG ones. A major component of ESG investing is engagement, and there is significant evidence that engagement adds value – for both shareholders and society.

There are two main types of engagement – specialised and generalised. Specialised engagement is bottom-up, taking an issue specific to the company and working to improve it. To be successful, an investor needs a lot of skin in the game, so that it has the incentive to deeply understand a company.

Activist hedge funds are one example, taking concentrated stakes and doing six months to a year of research before they meet management. They’re often accused of being short-term plunderers, and such accusations are lapped up uncritically.

A seminal Journal of Finance paper from 2008 found that hedge fund activism leads to the stock price rising by 7% in the short term, and even more in the long term. Still, these gains might come from financial engineering rather than true improvements.

A second study obtained confidential data on the productivity of a company’s individual plants, from the US census. It found hedge funds increase plant productivity, primarily through raising labour productivity. This wasn’t by squeezing more out of workers – wages did not fall, and hours did not rise.

While index funds are spread too thinly to get into the weeds of one particular firm, they’re often the largest owners and have the voting power to push principles through. Generalised engagement by index funds improves long-term performance, and it’s causation, not just correlation.

But that’s generalised engagement on the G of ESG. What about on the E and S? Here, generalised engagement is much trickier. As I explain in my book, Grow the Pie, optimal ES policies differ across companies, depending on comparative advantage (which ES problems they are best placed to solve) and materiality (which ES issues are most critical to their business model).

Recent evidence published in the Review of Financial Studies finds that ES activism by gadfly investors destroys value. They don’t have skin in the game and try to roll their pet issue across as many companies as possible, ignoring the context.

The fact that ESG comes in so many guises makes it surprising that Fancy’s essay has had so much impact. It contains the opinions of one person – a highly influential person with tremendous expertise – but one person nonetheless. It is not based on any large-scale evidence.

Moreover, his expertise is from an index provider, which undertakes generalised engagement – a form that is less effective for ES issues. BlackRock CEO Larry Fink writes that “the more your company can show its purpose in delivering value to its customers, its employees, and its communities, the better able you will be to compete and deliver long-term, durable profits for shareholders”.

But CEOs know that, and such statements have the danger of being condescending and bordering on micromanagement. Unless an investor truly understands a company, it’s not clear how much value it can add by engaging on ES issues.

Views on sustainable investing range from one extreme to the other. Some people claim that it’s a panacea; others that it’s a complete ruse. The more sweeping the conclusion, the more headlines, but reality is somewhere in the middle. Some forms of sustainable investing do create value, but others do not. To avoid such black-and-white thinking, we should ensure our views are based on evidence rather than hyperbole.

Alex Edmans is professor of finance at London Business School and author of Grow the Pie: How Great Companies Deliver Both Purpose and Profit