India’s state-run voluntary defined contribution New Pension Scheme (NPS) has reached a milestone of $100bn (€88bn) in assets and is likely to double in size every five years, according to renowned economist Ajay Shah. There are many lessons to be learnt from the success of the NPS, particularly for developing countries seeking to create pension safety nets for their populations from scratch.

The construction and implementation of the NPS was a long and political process that ultimately proved very successful. The genesis of the NPS was the OASIS report, written in July 1998 by a committee including Shah. 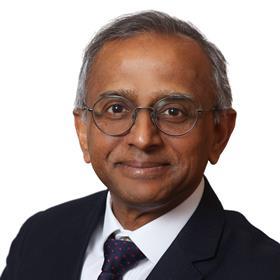 As Shah pointed out in a recent article, equity investment in India in the late 1990s was only available through active management, which entailed retail customers suffering a total drag of about 150bps per year in costs. A key plank in the design of the NPS was to dramatically reduce costs to make it a viable savings solution for the poorest strata of society to have a pension in old age.

As a result, the design of the NPS aimed to undertake investments only through low-cost index funds and the NPS envisaged an auction to buy the services of the lowest-cost index fund managers. Other criteria included:
• Coverage: the pension provisions needed to address the 85% of the 500m workforce that does not have any access to a formal pension scheme;
• Sustainability: India has had many instances of failures of guaranteed-return savings schemes. A long-term sustainable scheme had to be based on a solid foundation of defined contributions, where the wealth of a participant is led purely by net asset value. It had to avoid assured returns, subsidies and guarantees or liabilities for the central and state governments;
• Scalability: the architecture of the pension schemes needed to be suitable for central, state and local governments as well as the hundreds of millions of workers in the uncovered informal sector;
• Outreach: the institutions and policies of the NPS needed to cater for the needs of a large mass of financially unsophisticated participants, who were not covered by financial services. Moreover, these workers were making small-value transactions and would eventually have relatively small sums available for pension provision;
• Fair play and low cost: the architecture needed to ensure the highest levels of transparency, competition and sound policy making;
• Choice: the design needed to be highly transparent, and give participants the choice between multiple competing pension fund managers, investment styles and competing annuity providers;
• Finally, there had to be put in place a sound regulatory framework focused on maximising the welfare of participants in old age.

The intention of the NPS was to provide a pension scheme open to everyone from the rickshaw driver to public sector employees. The initial launch was not a success; after six months of operation, the NPS had only recruited 3,000 individual members when the objective was to recruit tens, if not a few hundreds, of millions of participants. However, public sector pension schemes in India were finding the cost of their defined benefit schemes was becoming unsustainable. As a result, in January 2004 the Indian central government moved new civil servants to the NPS for their pension provision. Nearly all state governments similarly moved their own new employees to the NPS and today over 7m government employees are covered by it.

“There are many lessons to be learnt from the success of the NPS, particularly for developing countries seeking to create pension safety nets for their populations from scratch”

In the early years, asset levels were inevitably low and at that time many concepts of the NPS appeared theoretical. It was easy for financial services practitioners to dismiss the NPS as impractical as the assets under management (AUM) were not big enough to generate compelling economics for any of the institutional participants. According to Shah, the Indian Ministry of Finance and Pension Fund Regulatory and Development Authority (PFRDA) played a difficult balancing act between the need for low expenses charged to the individual participants and the requirement to eventually cover the fixed costs incurred by the various NPS service providers.

The milestone of US$100bn AUM now makes it possible to reap economies of scale. Shah argues that it is looking feasible for NPS to have a comprehensive system cost of perhaps 5bps, with a total annual expenditure of $50m.  Shah believes it is a plausible total payment to all the organisations that make up the NPS – the Central Recordkeeping Agency (CRA), service providers (known as points of presence) and the pension fund managers. By 2027, the AUM should have doubled, which should enable total costs to go down to 4bps, according to Shah.

He also argues that young workers should have exposures to globally diversified equity portfolios. “Asset management needs to graduate beyond India into mature democracies.” He adds that, for participants, this would be a free lunch in terms of reduced risk, and the use of index funds would ensure low fees. However, avenues for premature withdrawal need to be closed: “The essence of a pension system is carrying assets through into old age.”

For Shah, perhaps the most exciting opportunity is to disprove the old adage ‘financial products are sold, not bought’ and have to be pushed down the throats of uninterested customers. Certainly, the idea of equity index funds at 5bps would be a great deal. Once the idea has been entrenched into the population, “every sophisticated person in India would want to get substantial assets into the NPS, without requiring a sales force or state coercion”, says Shah. However, outside of the public sector, less than 10m people have opened NPS accounts over the past 15 years. Although the latent demand is gigantic, and the architecture is already scalable, there is an urgent need to create broad-based retail retirement literacy and awareness – both about the NPS option, and about the importance of saving for old age. Entrenching the idea into the population will need significant public investment in financial literacy and promotions.

What works for India can, of course, be applied to many other countries. The technology and organisational set-ups required have been tried and tested. The impact on emerging countries throughout the world of creating a financial cushion in this manner can be profound.

Creating sustainable economies requires safety nets for the elderly. Birth rates throughout the world apart from countries in Africa, are below the replacement rate of 2.1 children per female. Without the safety and security of a pension safety net, individuals have to rely on having enough children to guarantee financial safety and security in old age. But fertility rates of as high as 5.3 in Nigeria, 4.8 in Uganda and 6.8 in Niger are not sustainable and for Europe in particular, raise long-term issues over the ability to absorb economic and political refugees.

Creating the equivalent of the NPS in low-income countries across the world would enable households to save with the security of knowing that their savings have been segregated from future government expenditures to ensure that parents are able to have a comfortable old age without relying on their children for survival.