Strategically speaking: Eyes on the next frontier

“Riddle me this,” asks Yves Choueifaty, founder, president and CIO of French asset manager TOBAM, “why would 70 people who are not TOBAM employees be at our Paris headquarters today?” 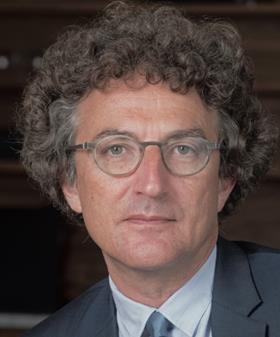 It is an ingenious riddle that immediately conjures up wild images. Are TOBAM’s offices subject to a sweeping search by law enforcement? Is a massive pest control effort underway? Has an angry mob of disgruntled clients stormed the TOBAM’s offices?

Thankfully, none of those hypotheses are true. The simple answer has to do with Choueifaty’s love of the arts. He lent the premises to a film crew that needed to shoot scenes set in a trading room.

Ingenious is also one way to describe Choueifaty, a mathematician by training and a veteran of the asset management industry. Over the years, he has developed an original framework in response to the most fundamental question in asset management – whether it is possible systematically to beat a benchmark.

TOBAM was founded in 2005 with a mission to bring the benefits of the framework, which has been trademarked ‘Maximum Diversification’, to institutional investors.

In a nutshell, the framework proposes that a benchmark-beating portfolio should exhibit no biases, the opposite of what typical smart beta or factor portfolios are trying to achieve.

To Choueifaty, that means seeking equal exposure to every source of risk, by designing portfolios that assign the largest weight to the securities that provide the maximum level of diversification or lowest correlation to the portfolio.

As a result, the portfolios have a higher correlation to the securities that they exclude than to those they hold. It can be thought of as a way to de-correlate a portfolio from the most correlated stocks.

The framework is founded upon Harry Markowitz’s Modern Portfolio Theory (MPT), like smart beta, factor and minimum variance approaches. But it tries to bring Markowitz’s diversification concept a step further.

Trying to convince prospective clients of the validity of this approach is not easy, admits Choueifaty, but not because of the lack of arguments.

TOBAM’s ‘Anti-Benchmark’ strategies are capable of outperforming equity benchmarks by 3% to 5% a year, while also reducing volatility by 20% to 30% a year over a market cycle. For credit portfolios, the level of outperformance is around 1% to 2% a year with similarly low volatility levels.

But there is one particularly powerful idea behind the approach. Choueifaty says: “By construction, a benchmark is biased towards what is fashionable, and becomes more concentrated over time. In the end, it reaches its maximum concentration on an individual stock, a sector or a type of stock on the worst possible day – that is the day when the price of that stock or sector falls.

It is easy to see, ex-post, when benchmarks snap out of phases of excessive concentration. Similarly, it does not take particular skill to spot the exuberance of markets around US technology stocks and European financials at the moment. Another thing is to be completely insulated from any such situation, and this is what TOBAM is offering clients.

The company’s main equity strategy has underperformed for two out of the 11 years it has existed, according to Choueifaty.

“We may be the only asset manager in the world that is not interested in knowing what is cheap and what is expensive”, says Choueifaty.

“In the end, either the benchmark is right, and concentration grows indefinitely, until a hypothetical benchmark only has one stock left, or we are right in saying that, in order to beat the benchmark, a portfolio should have no bias.”

The naturally high tracking error of TOBAM’s portfolios, as much as 10%, puts the strategy out of reach of many investors. That is why the company recently developed a series of Maximum Diversification indices with roughly half the tracking error.

The employee-owned company has come a long way since 2009, when it was managing $150m (€130m), on behalf of a selected group of forward-looking institutions. Today TOBAM manages over $10bn and counts Amundi and CalPERS among its minority shareholders.

A great deal of effort has gone into demonstrating how a systematic reduction of carbon footprint within TOBAM’s portfolios of up to 20% does not affect the portfolios’ risk-return profile and diversification benefits. It has implemented stringent carbon footprint reduction in both equity and fixed income portfolios.

If that does not seem enough innovation, in 2017 TOBAM launched the first institutional fund that invested in Bitcoin. Last year it was the first to bring Bitcoin to the French retail market.

TOBAM’s initial efforts in Bitcoin were part of its broader philanthropic activities, when it provided an NGO in a developing country with excess solar power-generation capacity to mine the cryptocurrency.

The company’s 70-page thesis about cryptocurrency looks to the ideas of Austrian-British economist Frederich Hayek, who proposed that monopolies of money supply tend to get abused. It also refers to William of Ockham, the medieval philosopher, who popularised the ‘law of parsimony’, which loosely states that “the simplest solution is always the best”, in Choueifaty’s words.

“In that sense, Bitcoin is amazingly simple in its value proposition, which is that there are 21 million of it. The rest of it is technicalities”, he says. “Bitcoin is not a currency, but it has the potential characteristics to become an international standard. When that happens, it might be too late to invest in it, as the price will be very high.”