For several decades, the Japanese yen has not been in the limelight too often. However, earlier this year it became headline news as the currency began to depreciate rapidly against the US dollar. Although investors were not overly surprised that the yen would weaken, the speed of its decline was certainly startling. Over the course of about 15 months, between the start of 2021 to early April 2022, the yen has lost about 25% of its value against the dollar, with nearly half the move occurring in that final month.

“There are two main drivers behind this [recent] rapid shift,” says Francesca Fornasari, Insight Investment’s head of currency solutions. “The war in Ukraine is key, triggering the huge increases in commodity prices, as well as the heightened uncertainties across energy markets. Since hostilities began, there is a clear divide between the relative performance of the currencies of commodity exporters and of importers, like Japan.”

She adds: “The hawkish announcements from the US Federal Reserve in early March which prompted the very sharp repricing, and thus the dramatic widening of US/Japan interest rate differentials,  was like a turbo boost to the currency move.”

Weakness in the currency was also expected by the team at DWS. Xueming Song, DWS chief currency strategist, notes: “That combination of widening interest rate differentials and a still dovish Bank of Japan (BoJ) both pointed to downward pressure on the yen for some time. Also, the timing is important, coming as it did near the end of the Japanese fiscal year, which probably exacerbated the moves in the market.”

As well as being prepared for yen weakness, investors also seem in agreement that the Japanese authorities, despite voicing concerns, are not yet ready to step in to support the currency.

There may have been some ripples of excitement that the BoJ might intervene in the market, not least because the bank had a reputation for intervention more than most 10 or 15 years ago. But Insight Investment’s Fornasari believes that it has probably learned its lesson that while intervention can smooth moves, it very seldom changes the trend. “And we know that FX intervention is more effective if monetary policy goes in the same direction, which does not appear to be the case today,” she says. 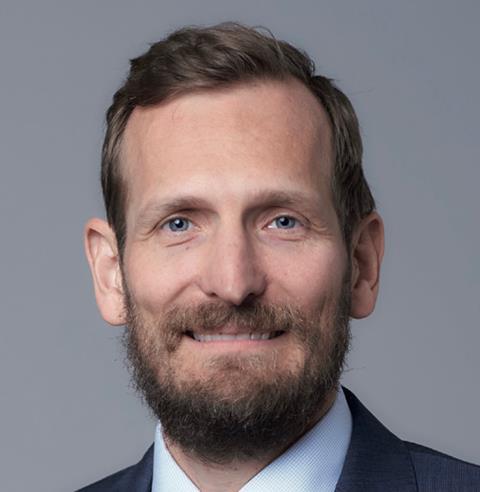 “This inflationary crisis… started in the pandemic, which initially caused the supply shocks”

The outcome of the latest BoJ meeting cemented Aegon Asset Management’s view that the bank will remain dovish, as it reaffirmed its commitment to ultra-loose policy. “We think that the rise we saw in [the dollar/yen rate] after the meeting is a further reinforcement of the divergent monetary policies between Japan and the US, and we believe that upside risks remain for the yen in the short term,” says Gareth Gettinby, investment manager in Aegon’s multi-asset group.

Kaspar Hense, senior portfolio manager at BlueBay Asset Management, says: “It is important to focus on the origins of this inflationary crisis that started in the pandemic, which initially caused the supply shocks. Global inflation has been created by increases in goods prices, which themselves were driven by China, to a huge extent.”

The widening divergence of monetary policy between the US and Japan has a great deal to do with the lack of inflation in Japan, unlike the inflationary surges being witnessed in the US and much of the rest of the developed world.

“It has now been almost exactly 30 years since Japan had inflation,” says DWS’ Song. “A whole generation has grown up never knowing it, and the BoJ has been working all this time to try and break the deflation mentality.”

Gettinby at Aegon adds: “Japanese companies have tried to pass on higher costs but have nearly always been met with a shocked response and strong resistance from domestic consumers, so not all companies have been successful in doing this.”

For Japan, although there is some cost-push – imported inflation from the rise in goods prices – this has not translated into demand-pull price pressures, such as higher wages, as it is already evidently doing in the US.

Japan’s inflation has increased sharply from last year, reaching 1.2% in March this year, and DWS believes it may well reach 2% in the next fiscal year, but there have not been calls for higher wages yet because unions in Japan are very cooperative. With a shrinking of the active population by 0.3-0.5% per year, even generating growth of 1% has been a struggle for the economy.

Most managers tend to agree that the yen’s weakness is warranted, with the currency already at 20-year lows, but there is more uncertainty as to which direction it is heading. Gettinby argues that upside risks remain, although further sharp rises may be limited, as short yen positions appear to be moving to extreme levels and the currency is oversold and the largest underweight (for investors) across the G10 currencies.

Establishing how long goods prices could remain high will be a crucial determinant of inflation pressures across the world. “It is a key unknown,” says BlueBay’s Hense. “And in this respect, the recent fall in the value of the Chinese currency is significant, given that the supply shock mainly stemmed from China, and to a huge extent the increase in goods prices has been driven by China.”

Insight Investment agrees that watching China is important. Fornasari explains: “We have already seen a very sharp weakening of the Chinese currency. If we look to similar episodes of a rapidly declining yuan, in 2018 or 2015 for example, these tended to be a deflationary force for asset prices, pushing economic growth lower.

“It is still not exactly clear what has driven this year’s rapid currency move. Financial conditions in China are already tight, and there have been capital outflows. If the currency does stabilise, then we might have seen the top in [the dollar/yen rate].”

The hostilities in Ukraine are also hugely influential for economic outlooks, inflation and central bank policies. Gattinby explains: “Though the conflict is ongoing, this has created huge volatility although oil prices are off their highs.”

BlueBay is also reasonably sanguine on the oil price, arguing that there are unlikely to be further upward pressures on oil prices, but it sees gas prices remaining high.

With the usual myriad of macro-economic uncertainties, coupled with the fluctuating tensions generated by the war in Ukraine, investors seem cautiously optimistic that the dollar/yen exchange rate may have peaked. However, this is not to suggest that foreign exchange markets are poised to see any meaningful revival in the currency.

As DWS’s Song points out: “We may be at the peak of US rates pricing, and there seems little prospect of the BoJ suddenly changing policy whilst governor Kuroda is still in charge. So yes, the yen is already very cheap on valuations, but there is little to see what moves it away from that.”