A small number of UK pension schemes are considering moving their next actuarial valuation date to avoid clashing with the country’s scheduled exit from the European Union.

According to one estimate, as much as 25% of the UK’s defined benefit pension schemes are due to have a formal assessment of their funding positions at the end of March or beginning of April 2019. The UK is due to end its EU membership at midnight on 29 March.

Each pension scheme must have a formal valuation “at least” every three years, according to UK rules. Trustees and sponsors have 15 months following the date of the valuation to agree a contribution schedule.

“The idea we’re looking at is that schemes can bring valuations forward to an earlier date to avoid short-term volatility,” he told IPE.

Changing the date of the valuation – and thereby shifting the negotiations over contributions – could help employers in some industries, such as airlines, avoid having to deal with pension issues while also grappling with potential “nightmare scenarios”. 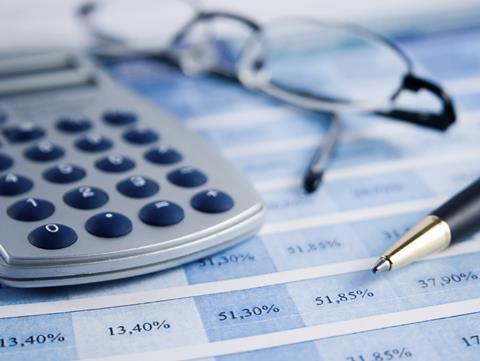 “We’re hoping it’s not going to be a big deal,” added Nolan. “But it’s much easier to contemplate ‘what would we do if’, rather than dealing with problems in the heat of the moment.”

Tamara Calvert, partner at UK law firm DLA Piper, told IPE that one of her clients was considering moving its valuation date from the end of March.

“If there’s a good reason for moving the date then it can be done,” she said.

“It might be that, once [trustees] have talked about it, they decide it might not be a big risk, but I think it’s something they should consider. You don’t want [the valuation] to sneak up on you.”

However, other actuaries cast doubt on the benefits of making such a change.

“In reality, if there is a crash, the fact that you’ve changed the valuation date shouldn’t change your response”

Paul McGlone, partner in Aon Hewitt’s retirement arm, argued that the valuation date was “a bit of a non-issue”.

“I don’t think it solves a problem – in fact it generates practical problems,” he said.

“In reality, if there is a crash, the fact that you’ve changed the valuation date shouldn’t change your response. Either something [significant] has happened and everyone should react, or it’s a blip and no one should.

“On 29 March all the things we know are going to happen will happen, and will be factored in.”

Jane Ralph, a corporate actuary at Barnett Waddingham, said moving a scheme’s valuation date would likely require it to change the date of its report and accounts, which could be “a complex process”.

While she acknowledged that some sponsors might want to avoid tackling pension funding talks and Brexit issues at the same time, Ralph said she was “not sure it necessarily achieves what they want to achieve”.

“Trustees should have contingency plans in the existing valuation,” she said. “If the employer is seeing a ‘no deal’ exit as impacting on the covenant, trustees need to protect the scheme [with] guarantees or asset-backed contributions. It should be part of the risk management effort regardless of the valuation date.

“Valuations do focus trustee and sponsor conversations, but it’s not something you then put down for three years. The regulator wants good governance and to see that trustees are monitoring changes in the covenant.”

What the regulator says

The Pensions Regulator (TPR) requires schemes to commission a full actuarial valuation “at least every three years”. A set of audited accounts must also be published alongside the valuation.

On its website, the regulator adds that “if you obtain an interim actuarial report for each intervening year, you won’t need to commission the full valuation more frequently”.

TPR also sets out guidelines for how to react to “material changes” in circumstances (emphasis added):

“Trustees should be alert to material changes which may lead them to review and, if necessary, revise their scheme investment or funding strategies.

“Where, having taken advice from the actuary, it seems to the trustees that these material changes make it unsafe to continue to rely on the chosen assumptions used in the funding documents, they should review and, if necessary, revise those documents (bearing in mind that they would usually need to agree a revised recovery plan with the employer).

“Commissioning an early actuarial valuation is one technique for doing this, but may lead to unnecessary cost and delay when a revision of the existing recovery plan can achieve the necessary results. Trustees should adopt a proportionate approach when deciding how to proceed.”