Welplan, a UK defined contribution (DC) master trust, has chosen to exit the market rather than complete the process for full authorisation with the Pensions Regulator (TPR).

The company announced yesterday that it would look to transfer its 55,000 members from 1,900 employers to a new provider.

The decision comes as the deadline approaches for the authorisation of DC master trusts offering auto-enrolment services. Providers have until 31 March to submit their applications to the regulator or request a six-week extension.

Any master trusts that miss this deadline will be forced to wind up and exit the market – and could be fined. As many as 30 providers are expected to exit the market either through mergers or winding up, according to a TPR estimate made last year .

Bruce Kirton, chief executive of Welplan Pensions, said: “Over the last six months it has become increasingly clear that the master trust regulatory environment is one that favours much larger scale.

“There is now no meaningful place for a small or even medium-sized specialist business such as Welplan Pensions. This is something we’ve already seen with other smaller providers being acquired by larger ones.

“Welplan Pensions is closed to new employers but we’ll carry on giving our pensions clients great customer service until we can find an appropriate master trust to take on those clients in future.”

At the end of 2018, Welplan’s members had £125.1m (€146.9m) invested in two bespoke multi-asset funds run by Legal & General Investment Management (LGIM), according to the scheme’s website. Welplan also offered a number of other investment options, predominantly LGIM funds.

The company planned to continue as an employee benefits consultant and provider, Kirton added. 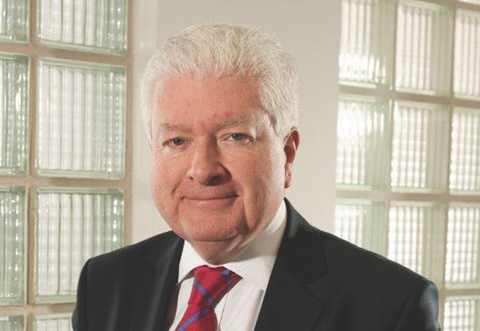 There has been an increase in corporate activity among master trust providers as companies have manoeuvred in response to the authorisation regime. Smart Pension has acquired two smaller providers since the start of the year, while NOW: Pensions was bought by Cardano last month, having previously been owned by Danish pension giant ATP.

The NOW: Pensions transaction is subject to the master trust passing the authorisation process. This week it said it had secured a six-week extension from TPR to enable it to deal with the change of ownership and the departure of its trustee board chairman Nigel Waterson. Joanne Segars, former chief executive of trade body the Pensions and Lifetime Savings Association, has been appointed interim board chair.

TPR said last week it had granted 11 extensions so far, and 22 providers had submitted their authorisation applications.

LifeSight, a £2.5bn master trust run by Willis Towers Watson, became the first scheme to be authorised by TPR in February. NEST, the UK’s biggest master trust, submitted its application to the regulator today.

People subjected to checks by TPR, to ensure they pass

Providers that have submitted applications to TPR

Providers that have asked for extensions beyond 31 March deadline

Days left until the deadline