Dutch opposition: Support for pensions accord on the line in case of cuts

In June the cabinet received the support – needed to get legislation in the wake of the accord through the senate – of both parties for the pensions agreement between the social partners and the government.

Since then, the financial position of pension funds has deteriorated, due to the significant fall of interest rates which caused the looming rights cuts.

Speaking on the news programme, Van Dijk demanded that the minister prevents pension discounts, “in whatever way”.

He said it would be “madness” to implement rights cuts while a new pensions system was under construction.

“We are on our way to a new world with new rules, and we shouldn’t lower pensions based on the old rules of a broken pensions system,” he argued.

Van Dijk – a former trustee at trade union FNV tasked with pensions – said he was afraid that support in society for the “painfully established pensions agreement” would disappear.

He noted that the accord was also meant to prevent rights cuts. 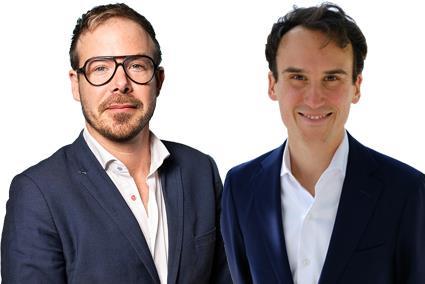 Smeulders described the looming pensions reductions as “a bomb under the pensions agreement”, and demanded a postponement of the cuts for at least one year.

Earlier, the minister had promised parliament that he would outline his plans to prevent “unnecessary cuts” next week.

In Van Dijk’s opinion, these measures would be unacceptable, whereas Smeulders described them as “very bad for younger workers”.

The latter said that he expected a solution that was fair to all generations.

In Dutch pensions publication Pensioen Pro, Smeulders confirmed that he wanted the measures to be postponed for one year, for example through extending pension funds’ recovery period from five to six years.

Earlier this year, GroenLinks, together with the party for the elderly 50PLUS, had tabled initiative legislation aimed at extending the recovery period to seven years.

At the time the Raad van State – the highest court in the Netherlands and the government’s legal adviser – concluded that such an extension would be irresponsible.

Last week, union FNV warned that the pensions agreement would be in jeopardy if pension rights cuts were to be implemented as legally required.