• The IASB wants to require pension sponsors to present net pension interest cost as operating income.
• To do this it will need to define operating as opposed to financing income.
• It is also exploring whether companies should disclose a management performance figure alongside EBIT.

Rather like Alice in a financial statement wonderland, the International Accounting Standards Board (IASB) has set itself a target of six impossible things to do before breakfast.

First, define interest, then do the same with capital structure. After that, place constraints around a so-called management performance measure. Next, amend IAS 19 to require companies to present a pension scheme’s net-interest cost as operating income. Last, but not least, implement all of this so that it works as well for banks, insurers and conglomorates as it does for simpler business models, and have a fairly sound conceptual basis for doing so.

Where to start? Well, EBIT seems as good a place as any. This is the commonly used performance measure that is usually defined as earnings (or profit) plus interest (including financing earnings or expense) and tax. Businesses use it to communicate their performance in a way that is independent of any capital structure and income tax situation.

Although the more loosely defined operating profit sub-total might look a lot like EBIT, the former can also encompass methodologies that exclude items other than finance income or expense, and tax. Moreover, standard-setters have routinely failed in past attempts to define ‘operating profit’ or ‘net income’.

So, the starting point for the IASB’s discussions is deceptively straightforward. It has taken a commonly used measure and asked how it could incorporate this as a broadly conceptually consistent sub-total into financial statements to enhance comparability. 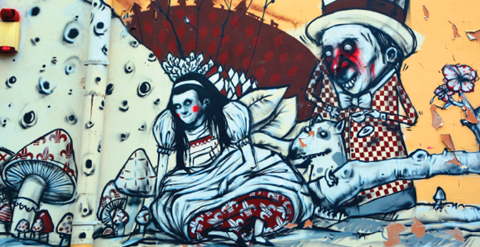 Like Alice in Wonderland, the IASB has seemingly impossible tasks

Clearly, the project involves a lot more complexity than just importing two numbers into the income statement. To disaggregate interest cost in any meaningful sense, the IASB will need not only to communicate what constitutes operating as opposed to financing income, it will also need to develop a workable definition of the notion of a business’s capital structure.

Anyone wanting a better understanding of the board’s likely direction of travel on this project could do worse than to make a brief detour via its stalled financial statement presentation project. FSP was a joint effort with its US counterpart the Financial Accounting Standards Board (FASB).

In October 2009, the two boards issued a discussion paper with a proposal for each financial statement to feature business, financing, income taxes, and discontinued operations categories. The income statement would have featured a separate section devoted to other comprehensive income, while the others would have included an equity section. Subject to a cohesiveness principle, the project gave a free choice as to how an entity might classify items across each category. The proposed FSP model also required a greater degree of disaggregation.

Conveniently enough, all this talk about operating and financing and presentational options brings us neatly to pensions. The IASB’s staff have noticed that although many entities classify finance income or expense similarly, there is, nonetheless, diversity in practice in the classification of the IAS 19 net-interest component.

According to a staff analysis of 25 businesses’ financial statements, 14 presented net interest cost in finance expenses and seven in operating expenses. It was, staff added, unclear where a further four companies had presented it, despite all 25 companies having defined-benefit plans.

So where does this leave pensions? As matters stand, the board’s staff support the inclusion of an EBIT subtotal in the income statement. Their thinking is that users of financial statements would make use of it for screening ratio analysis or other starting points for their analysis.

This certainly implies that change is possible, although the board’s chairman hinted in June that the standard-setter will likely issue a discussion paper, rather than an exposure draft. Nonetheless, as the IASB’s staff pointed out during that meeting: “In respect of the IAS 19 issue, what we are proposing to do would indeed result in a consequential amendment to remove the classification choice that people have at the moment.”

As to the board’s chances of a quick win on the project, IASB member Sue Lloyd, the erstwhile mother of the board’s financial instruments standard, IFRS 9, issued an early note of caution.

“I’m being extreme here,” she began, “[but] I feel as if we have picked EBIT because we see people use it a lot. I think it would be good for us to think a little bit more deeply about why we think it is a good answer. I think if we were to do that, it would give us a little bit more of a framework for thinking about some of the things like capital structure.”