The idea of drawing up EU rules to ensure companies embed sustainability into the way they operate has met with steady applause from pensions and asset management industry representatives – as well as warnings of potential unintended consequences.

Questions put out by the European Commission in its consultation on an initiative on sustainable corporate governance – which closed in early February – centred around topics such as directors’ duty of care and stakeholders’ interests, companies’ due diligence duties and board composition and remuneration.

Brexit notwithstanding, public sector pension funds in the UK voiced strong support for an EU legal framework in this area, and warned of the financial fallout of inaction.

Cllr Doug McMurdo, chair of the Local Authority Pension Fund Forum (LAPFF), said: “I want to emphasise that how we treat people and the planet is financially material to our members’ investment considerations.”

The delay in responding to the climate crisis had exposed the cost of not acting as much greater than any cost of taking effective steps as quickly as possible, he said.

This was true across the ESG spectrum in the LAPFF’s experience, he said, and was why his organisation was so invested in working toward a just transition.

“A good EU legal framework would help to institutionalise this process,” McMurdo said.

Eurosif, the European Sustainable Investment Forum, said that because existing guidelines and standards had not always proven effective, it was right that the EU should develop a legal framework for supply chain due diligence to address adverse impacts on human rights and environmental issues.

But the body also stressed rules needed to be proportionate.

“Smaller companies may have a far smaller impact on these matters than larger ones,” the umbrella organisation said.

The European Fund and Asset Management Association (EFAMA) suggested small and medium-sized enterprises should have lighter reporting requirements, and, possibly, be subject to a ‘comply or explain’ approach, allowing them to refrain from applying due diligence processes where the risk of adverse impacts was less relevant given their specific business model.

But it also warned that imposing prescriptive requirements for directors’ ESG expertise would be difficult to implement and could impede board formation.

Similarly, the French Asset Management Association, AFG, said in its response that the independence, diversity and complementarity of expertise within a company’s board of directors were difficult balances to achieve.

“There is no magic formula for board composition that would fit all companies,” it said.

Issues of remuneration and composition of boards had to be adapted to the size of the company, its capital structure, as well as its maturity, the association said.

EFAMA took exception to the consultation paper’s portrayal of a fundamental opposition between the interests of shareholders and those of stakeholders – with shareholders being depicted as exclusively interested in short-term financial returns.

Although it supported the Commission’s initiative to ensure environmental and social interests are fully embedded into business strategies, the Brussels-based lobby group argued that any successful legislative measure would have to counter these assumptions and be based on a solid, evidence-based approach. 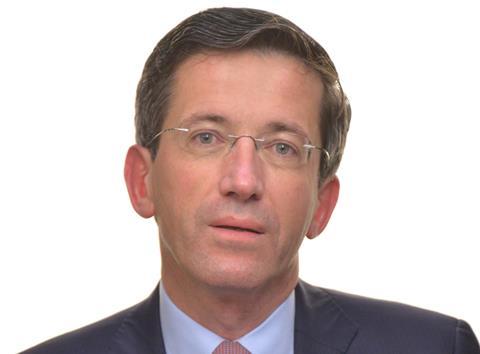 “We firmly reject the assumption that shareholders are exclusively interested in short-term financial returns as it does not match the reality,” said Tanguy van de Werve, EFAMA’s director general.

AFG also challenged such perceived assumptions, and said: “The sole focus on the payment of dividends is restrictive, especially as there is a diversity of shareholders, and it seems reductive to consider that investors are the cause of an excessive dividend payment.”

According to EFAMA, investors would benefit from an EU legal framework that provided guidelines and increased transparency for companies, as long as it remained consistent with the revised Non-Financial Reporting Directive and avoided duplication with the requirements for financial institutions, such as those under the Sustainable Finance Disclosure Regulation.

But, said Giorgio Botta, regulatory policy advisor at EFAMA, it was also critical that the framework did not put EU companies at a competitive disadvantage.

“We, therefore, advocate for such a framework to be developed and promoted in coordination with other initiatives at an international level,” he said.

Meanwhile, Insurance Europe expressed its wariness of adding to the duties its members already had, though it said it was supportive of the EU’s sustainability objectives.

“Should the Commission decide to establish an EU-level legal framework for sustainable corporate governance, it must strike the right balance between the benefit of greater transparency and the burden it would impose on companies,” the group said.

A framework like this should focus on sectors lagging behind in the sustainability transition and look carefully at existing sectorial sustainability rules, the insurance sector interest group said.

“For example, insurers are already subject to several requirements to integrate considerations about adverse impacts on human rights and environmental issues into their corporate governance frameworks,” Insurance Europe said.

Taking a step back, however, others have questioned the whole notion of using the force of the law in this area. George Dallas, policy director of the investor-led International Corporate Governance Network (IGCN), told a seminar recently that while the group supported the aims of the Commission’s project, it was not so convinced that writing certain activities into hard law was the route to take, and had concerns about unintended consequences.

“To try to prescribe much of this in a legalistic context is something that we’re very cautious about,” he said.

At the same online event, organised by Frank Bold and the Climate Disclosures Standard Board, Steve Waygood, chief responsible investment officer of Aviva Investors, appeared to warn against focussing too much on the corporate governance framework.

He said Aviva welcomed the proposals from the Commission but “I don’t think we can rely on corporate governance alone to create sustainable markets”.

What drove sustainability most, he said, was when prices in the real economy reflected costs to society and the environment and so the best thing to do to align the global economy with the achievement of sustainable development goals was not to “open up a raft of potentially limitless litigation but to actually close down these externalities and ensure they’re embedded in the balance sheets of business”.