• Emerging markets have changed enormously since their advent as distinct category in the 1980s
• Changes include improving institutions, a reduction in external debt exposure and floating exchange rates
• China stands out for its scale and its reluctance to open its markets to foreign investors
• No consensus on the best allocation for emerging market debt

“No man steps in the same river twice”. This saying is attributed to Heraclitus, one of the most ancient of the Ancient Greek philosophers, and while its meaning is debatable, it could be taken to apply to the shifts in emerging markets over the years. The emerging markets ‘river’ continues but is in a constant state of flux.

The term ‘emerging markets’ was coined in the 1980s as a positive alternative to ‘third world’. But it would probably not have taken off without the collapse of the Soviet Union – known as ‘the second world’ – at the end of that decade. The end of the Cold War created the impetus for developing countries to open up to more foreign investment. It also meant that the ‘third world’ moniker was redundant. Emerging market investment, in the sense that we know it today, was born.

Except that the emerging economies today are different from those in 1990. Back then, they were largely closed to foreign investment whereas today they are more open. They have also grown in scale. According to International Monetary Fund figures, the emerging world accounted for 36% of global output in 1990 compared with almost 60% today – measured at purchasing power parity (PPP). China is at the centre of this shift, having moved from an economic backwater to the world’s largest economy when measured at PPP.

Emerging markets are now seen as a distinct asset class, rather than merely part of an international allocation. “We consider emerging markets should be part of a permanent allocation,” says Vincent Mortier, deputy CIO of Amundi. Surprisingly though, given the duration of economic development, he says it is only in the past three years that emerging markets have become viewed as core assets.

The increasing weight and changing character of emerging markets assets applies to debt as much as to equities. Emerging debt markets have changed in several ways since the 1990s. They are now larger and more developed, often with significant local currency markets as well as hard currency. The corporate market has also grown alongside sovereign debt. Arguably, they have also become more stable after several spells of volatility including the 1994 Mexico ‘tequila crisis’ and the 1997-98 Asian financial crisis.

Ricardo Adrogué, the head of Barings’ emerging markets debt group, says: “When I look at emerging markets over the past 25 years there has been very impressive growth in the type and quality of investments that investors can make.”

He points to several developments that have made this possible, including an improvement in institutions. This does not mean that they have all become democracies, but it does mean there is more certainty for investors. 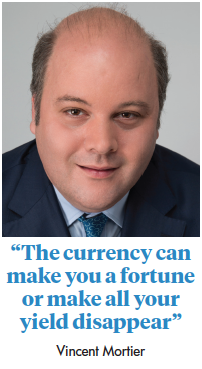 “They don’t necessarily have to have proper democratic institutions but they do need some level of predictability,” he says. In contrast, countries run by a dictator are plagued by uncertainty as there is no clear succession path.

Simon Quijano-Evans, an emerging market strategist at LGIM, points to other developments as fundamental. The first was the creation of a set of prescriptive market reforms, which from 1989 onwards became known as the Washington Consensus. An important element involves countries reducing their external debt. “One first thing one can definitely say is that the public sectors in many countries worked to control their external debt exposures following the detrimental experience during the EM crisis of the 1990s,” Quijano-Evans says.

Another key factor in reduced vulnerability is the move to floating exchange rates. “There really has been a big policy change,” says Quijano-Evans.

In the past, many emerging markets attempted to peg their currencies at a fixed rate to a hard currency against the dollar. This approach helped to maintain short- term financial stability, but could lead to turmoil if the emerging market lacked the resources to maintain the peg. For example, Mexico had to devalue the peso in 1994 when it could no longer maintain its dollar peg. Although some countries, including those of the Gulf Cooperation Council, maintain a dollar peg it has become a minority approach.

Currency considerations are central to emerging market debt investors as they can have an impact on returns. “The currency can make you a fortune or make all your yield disappear,” says Mortier.

Despite the shift in emerging markets there is still a way to go. In many respects. the developments in the financial markets lag those in the broader economy. This is particularly the case in relation to mainland China which is huge economically, yet foreign investors remain wary.

The problem is not the scale of the Chinese market but its reluctance to open it fully to foreign investors. “Unless currency management and capital controls normalise, I think people will continue to be underweight China,” says Mortier. “It’s not because the country is not interesting but because investors are too afraid [of being denied access to their assets].”

In relation to short-term market calls, there does not appear to be a clear consensus among investors. The multi-asset team at Pictet, which has no pre-determined commitment to emerging market debt, has an exposure of 3.6%. Andrew Cole, a fund manager in the multi-asset team, says its exposure is limited to Argentina, Brazil and China at present.

Mortier is positive towards Asia overall and favours eastern Europe excluding Russia. However, given the uncertainties about politics and trade, he is negative on Brazil and Mexico. He maintains a neutral position on Russia, seeing it as having both pros and cons, whereas Africa is too small to take a view.

Adrogué prefers to slice emerging market debt by type of asset rather than in regional terms. So he sees the most value at present in local currency bond issuance. On the hard currency side, he sees spreads as historically tight, particularly in relation to corporate credit. However, on the sovereign side he sees some value, particularly in investment-grade-rated countries.

Whatever asset allocation calls are appropriate today may not be right in a few months’ time. The emerging markets universe remains in a state of rapid change; most clearly in relation to China’s incomplete transition.

Emerging market investors of the future are likely to be stepping into an entirely different river.