2
EMIR: The costs of compliance

EMIR: The costs of compliance 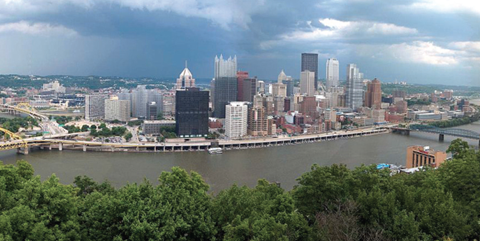 Pittsburgh, Pennsylvania: the birthplace of the European Market Infrastructure Regulation

• From January 2018 users of foreign exchange non-deliverable forwards in the European Union must post variation margin, under EMIR.
• EMIR means a permanent cost in human resources and the capital needed for collateral.
• Most EMIR obligations can be outsourced but this will cost at a time when yields are low.

Concerns over the administrative burden of implementing the European Market Infrastructure Regulation (EMIR) on derivatives are taxing minds among pension schemes and the asset management industry.

Considering the reaction to the regulations designed to increase the safety of the global financial system, James Binny, head of currency EMEA at State Street Global Advisors in London says: “You don’t often hear people say this, but I think the problem is that there just haven’t been enough lawyers in the world.” 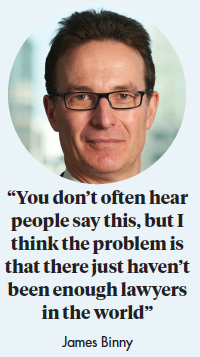 Opinion varies whether EMIR – which can trace its roots to conclusions reached at a 2009 meeting of international regulators during the G20 in Pittsburgh – will make the system safer. But what they do agree on is that EMIR, the EU interpretation of these conclusions, entails a large one-off cost in human resources – including lawyers, who do not come cheap – to make their organisations compliant.

Looking to the long term, observers worry about the permanent costs, given the low returns available for many assets, even without allowing for the cost of EMIR.

“There is an enormous focus on cost among pension funds, in an environment where they are earning low cash yields on their fixed-income investments,” says James Wood-Collins, chief executive officer of Record Currency Management, whose clients are mainly pension funds. “Understandably, boards of trustees and investment committees are very concerned about anything that is a new cost.”

He adds: “There may be some smaller clients for which the introduction of margin” – a key plank of EMIR – is so onerous that they won’t want to bear it.”

EMIR was adopted in 2012, but implementation has been staggered for different aspects, instruments and institutions.

One aspect is reporting. From 2014, institutions have been compelled to send information on their trades in all derivatives, including foreign exchange, to trade repositories. 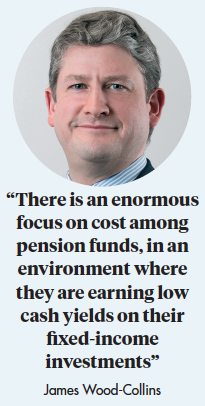 But, Will Sykes, partner and head of the derivatives and trading practice at Macfarlanes, warns that asset managers cannot rely on the banks forever. “Even if you delegate it, reporting does remain your responsibility,” he says. “We tell our clients ‘if all you’ve done is sign a reporting agreement on day one and do nothing else about it, is that enough to satisfy the regulator? The answer is probably no’.” He notes that the Luxembourg regulator, the Commission de Surveillance du Secteur Financier, issued a communiqué in May reminding non-bank counterparties of reporting duties under EMIR.

Sykes says that regular users of derivatives can learn to be efficient in their reporting, but those not using them frequently may have to spend a lot of time getting to grips with the reporting necessary even for one isolated case of hedging. He gives an example: “If you are a private equity firm and you have bought a company that had a derivatives contract and it is the only derivative contract you’ve ever come across in your life, you still have to get involved in the process.”

A new requirement, that has not yet come into force for all derivatives, is for the posting of variation margin. This means that counterparties must post, as collateral each day, cash or securities equal to the value by which each derivatives contract is out of the money. The amount they must post will alter each day as the degree to which the contract is out of varies.

All of these contracts have required lawyers, but the whole process of complying with EMIR has been costly for asset managers and investors, not just because of legal fees. It has also consumed considerable internal human resources. “EMIR has required a considerable change in our infrastructure,” says Binny of State Street. “This has been quite a big project for about 18 months, with two different project managers involved at one point because it had got so big.” Senior management time has also been expended. Binny estimates that “I probably spend three or four hours on it, in addition to my day job”.

But investors must also consider the permanent costs of collateral management. Part of this is the administrative burden. Wood-Collins of Record, which has invested “a six-figure sum” in creating a new collateral management system and offering it as a paid service to clients, estimates that it has added half as much again to, or even doubled, the two or three basis point cost of hedging major currencies, after stripping out the interest rate differentials that determine the price of forward foreign exchange contracts. Another market observer says a reasonable fee to charge might be £10,000 (€11,000) annually for each client’s counterparty.

These costs do not include the cost of the collateral itself. This must also be considered, particularly for emerging market foreign exchange contracts, whose volatility may necessitate massive increases in variation margin. Sid Newby, head of UK institutional sales at BNP Paribas Securities Services, whose collateral management division has grown in the past three years to meet demand, points to the periodic swings in Latin American currencies as an example.

Binny gives an idea of the amount of capital needed. “For many of our currency mandates, such as for tracking funds, portfolio managers would typically be 100% invested. But if collateral has to be delivered the same day and you consider some of the extreme currency movements that are possible, you might have to hold 5% or 10% of your portfolio in cash. That would have a huge impact on performance.”

In practice, these drags on performance can be mitigated. For example, Binny notes that equity derivatives can be used to make such a fund 100%-invested again in real terms. But, he adds that equity and bond derivatives cannot always be used to create, synthetically, the exact exposure that a fund desires, because many bond and equity indices do not have derivatives contracts that correspond exactly.

Moreover, some of the ways of palliating EMIR could have adverse consequences. Market observers note, for example, that a pension fund can reduce total cost by reducing the number of counterparties. This cuts collateral needs, since the variation margins required for the many derivatives contracts held with the same counterparty can be netted off. However, this concentrates counterparty risk – and that is an outcome the great and the good who assembled in Pittsburgh would not want.