The term ‘greenwashing’ was reportedly coined by US environmentalist Jay Westerveld in 1986 in an essay about hotels’ practice of putting up notices in hotel rooms to encourage guests to reuse towels. He accused them of making false claims about being environmentally responsible since they only adopted such practices when they reduced costs.

According to Greenpeace, a report that the NGO published on the eve of the first Earth Summit in 1992 popularised the concept. The report identified the emergence of greenwashing by multinational corporations as a response to a growing environmental movement.

Today, greenwashing is discussed in the investment industry. To some extent, it is not a new phenomenon, actual or alleged. Not quite as old as time, but a bit part of the furniture, perhaps.

“As long as I’ve been in this business in the financial markets there has been greenwashing, or something similiar, by various players, intentionally or unintentionally,” says Anna Hyrske, head of responsible investments at Ilmarinen. And yet greenwashing has become a concern as the market for ESG investing has taken off.

Masja Zandbergen, head of ESG integration at Robeco, puts it this way: “With the rise of new sustainable funds, the question of how to avoid greenwashing becomes more prevalent.”

For her, for example, investment strategies that only apply exclusions should not be labelled as sustainable, while always siding with management when it comes to voting shares in companies “doubts the credibility of the manager, I think”.

Henrik Pontzen, head of ESG at Union Investment, says greenwashing has become a more important topic because of increased regulatory pressure and stronger public interest. According to Catherine Howarth, CEO of responsible investment campaign organisation ShareAction, “everyone is worried about it”.

She says: “Clients are concerned about being hoodwinked and on the fund manager side there are also concerns this is going to end up discrediting efforts that are genuinely being made or that they’ll get caught out, one way or another.”

Hyrske says some in the investment industry underplay their practices or achievements in a bid to avoid being accused of greenwashing.

“They’re really cautious,” she says. “Some people are so concerned about being called out for greenwashing that they might be underreporting their positive impact and green strategy. There are two sides to the coin.”

Different perspectives
In a 2015 article entitled ‘The Means and Ends of Greenwash’, US academics Thomas Lyon and Wren Montgomery said greenwashing was “communication that misleads people into forming overly positive beliefs about an organisation’s environmental practices or products”.

In a definition more tailored to the investment industry, the Financial Conduct Authority, the UK’s asset management regulator, earlier this year said greenwashing was “marketing that portrays an organisation’s products, activities or policies as producing positive environmental outcomes when this is not the case”.

Adam Gillett, head of sustainable investment at Willis Towers Watson, says he sees greenwashing in terms of a “say-do gap, that is a gap between what people are saying and what they’re actually doing”.

Asked how prevalent greenwashing is, he says it depends on “how harsh you are”.

He continues: “In the narrower sense of almost deliberately misleading advertising-type style I don’t think it’s that bad in the institutional market, but in terms of a softer definition of people really wanting to oversell their sustainability credentials and what they’re doing I think it’s a fair issue out there.” 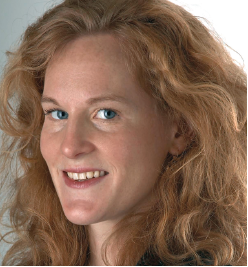 He adds: “I still now see ESG and green investments frequently confused, which for me are quite separate. From my perspective, ESG provides you with that risk, and in our case opportunity, framework as part of your investment process. It’s completely different from what the investment objective is of the strategy, or of the fund, or of the product.

“If ESG and the intention were not confused that would be a good thing.”

To a certain extent, greenwashing is primarily a consideration with regard to retail investors, with the European Commission having linked its sustainable finance plan to protecting “EU consumers and investors from greenwashed financial products”. A classification system, or ‘taxonomy’, for identifying environmentally sustainable economic activities, and labels and standards are supposed to help with that.

Some critics, however, argue that this approach is flawed in that it will not focus attention on financial markets’ contribution, or not, to bringing about change in the real world.

“It’s nice to create categories and it’s good that these are not just pure play green, but the point is that we want financial markets to exert influence on this,” says Jakob Thomä, managing director at think tank 2° Investing Initiative.

“By creating this taxonomy, we are optimising ‘how much’ of one or the other activity – green, transitional – you have in your portfolio, rather than your role in changing their deployment in the activity.”

Gillett says that beyond the ‘say-do gap’ perspective on greenwashing there is also the question of a ‘do-add gap’. “As in not just what are the asset managers doing but what are they adding, what is their impact, what is the change they’re making,” he says.

For Bob Collie, head of research at Willis Towers Watson’s Thinking Ahead Institute, an important question is whether there is evidence of investment managers’ marketing “actually becoming a hindrance to real action”.

He says: “That’s where you would have a problem, otherwise it might just be that what we are seeing is natural in the context in which things are changing so quickly.”

From the latter perspective, according to Collie, the idea would be that there is not so much a need to focus on “picking holes in the marketing” as much as there is on the reality.

“That would be saying that the real problem is that there is so much more to be done in terms of getting corporations to incorporate sustainability into what they’re doing, and the investment management community likewise,” he says.