A recent ruling by the UK Tax Tribunal decided that the imposition of UK income tax on the property income of a German pension scheme was unlawful under EU law. This article considers how overseas pension schemes might benefit from the decision and the potential impact of Brexit going forward.

UK tax for property investors
Non-UK residents are, in principle, liable to tax on UK sourced income. Tax is generally collected before income is received by requiring the UK-based payer to withhold an amount and pay it to Her Majesty’s Revenue and Customs (HMRC).

For most types of income, UK rules limit the non-resident’s liability to any tax withheld. Ultimately this could mean that little or no tax is incurred in circumstances where EU/UK rules, or a treaty between the UK and the non-resident’s home country, remove or limit the payer’s withholding obligation.

A different regime, however, applies to property income. Non-residents (other than individuals, who are taxed at the rates applicable to UK-resident individuals) are taxed at the basic rate (currently 20%). Tax must be withheld in full unless a relevant treaty specifies a lower withholding rate or HMRC have allowed income to be paid gross. Any tax not withheld must be accounted for through the self-assessment scheme.

Non-residents typically receive a domestic tax credit for any UK tax paid, which can offset their domestic tax liability. The differences between property income (which is subject to UK tax) and other income (which is not) become apparent when this credit cannot be effectively utilised, as where the non-resident is exempt from domestic tax on overseas income. This is true for most overseas pension schemes.

Pick your tax vehicle carefully
Some property investment vehicles – such as open-ended investment companies – are opaque for UK income tax purposes. This means income arises to the vehicle rather than the investor (who may instead be taxed on distributions from the vehicle as such). Other vehicles, such as Jersey property unit trusts and certain contract-based arrangements, are transparent, meaning income goes directly to the investor.

Consequently, the choice of investment vehicle can have important tax consequences depending on the investor’s own tax position. Investors eligible for UK income tax exemption, such as registered pension schemes, might opt for a transparent vehicle (or indeed direct ownership) to ensure the benefit is retained, whereas other investors might forgo these options.

The following schemes are eligible for registration:

As discussed below, the tribunal found that these criteria unlawfully excluded a German pension scheme from being granted tax exemption status on its UK property income.

The decision in BÄV
BAV-TMW-Globaler-Immobilien-Spezialfonds (BTI) is a German real estate investment fund which, between 2009 and 2011, operated a UK property business and paid income tax to HMRC through self-assessment.

BTI paid its net profits to its ultimate investor, Bayerische Ärzteversorgung (BÄV). BÄV is an unregistered pension scheme established by an enactment of the Bavarian parliament for the benefit of employed and self-employed medical professionals. 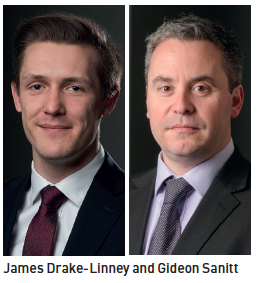 BTI was at all times transparent for UK tax purposes, meaning that its income arose to BÄV. Since BÄV was exempt from tax in Bavaria it had no use for any tax credit resulting from the UK tax paid by BTI on its behalf.

BTI claimed tax refunds on behalf of BÄV. When these claims were refused by HMRC, the matter was referred to the tribunal.

BTI’s primary case was that BÄV was ineligible for registration since it fell outside the three categories of registrable pension scheme and that this restricted the free movement of its investment capital contrary to Article 63 of the Treaty on the Functioning of the European Union.

Its secondary case was that even if BÄV could register, the obligations that registration entailed were disproportionately burdensome. Instead, BÄV should have been able to rely on its equivalent status with the Bavarian tax authorities.

HMRC accepted that this conclusion necessarily resulted in a breach of Article 63, so the tribunal decided the tax had to be refunded.

As an aside, the tribunal noted that it would have found for HMRC on BTI’s secondary case. Subjecting overseas pension schemes to the UK rules (in addition to their domestic rules) was, in the tribunal’s view, a justified and proportionate means of fiscal supervision.

● income arises to the scheme (rather than any investment vehicle); and
● the scheme was ineligible for registration.

Under UK law, refunds can be claimed for each of the previous four tax years.

Pension schemes that would have opted for a transparent investment vehicle (or direct ownership) but for their inability to register might seek redress.

Both EU and non-EU pension schemes could benefit. This is because Article 63 applies to movements of capital from third countries and although certain domestic restrictions on such movements have been preserved, this should not apply to the UK registration rules.

Whilst the impact of Brexit on future EU law rights is uncertain, it is expected that “acquired” rights in respect of past tax years will be preserved. Meanwhile, a significant Brexit delay could enable claims for this and future tax years.

The decision could also affect UK capital gains tax (CGT) which, as of 6 April 2019, applies to direct and certain indirect disposals of all UK property by non-residents. Registered pension schemes are exempt from CGT on property disposals. Unregistered overseas pension schemes would be well advised to consider claiming equivalent treatment.