The former chair of the European Parliament’s Economic Affairs Committee (ECON) has delivered a blunt assessment of the successes and failures of her tenure as one of the EU’s top lawmakers on regulatory affairs.

In a Chatham House speech, delivered last month to mark the 10th anniversary of the collapse of the Lehman Brothers investment bank, Sharon Bowles voiced her regret over shortcomings in the EU’s political and legislative responses to the crisis and warned of mounting risks posed by the failure to tackle problems in the accounting and audit professions.

She referred to “international impatience with the slow pace of some EU actions, particularly bank recapitalisation, about which there was both denial and not wishing to stump up the cash”.

Bowles later expanded on her assessment of the shortcomings in the EU’s regulatory and political responses to the crisis.

“I think there are various technical faults that slowly get corrected or could have been done better,” she told IPE. “I think it was acknowledged that it had all got over-restrictive, which was why Lord Hill did a stocktaking and there was talk of simplification. 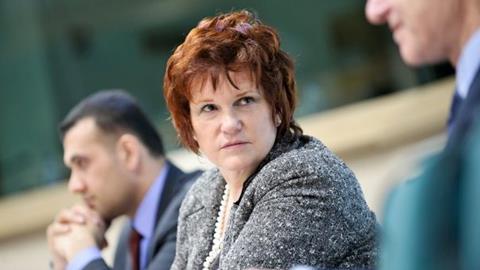 “Probably the worst legislation was short selling restrictions, but it ended up a lot less worse than banning short selling, which was how it all started. Actually, all it does is in fact to say that you have to know where you can get the stock from before short selling it.”

She reserved her strongest words for the accountancy and audit professions, of which she has been a vocal critic for some time.

Addressing her Chatham House audience, she said: “One question that has never been properly addressed – and it has come up again recently in the UK with non-financial companies – is that company reports and audits paint a rosy picture just months before a company collapses.

“In my view, the issue of neutrality in IFRS conflicts with the prudence required in company law. Company law is the one that is right. Keep on ignoring it and there’s the next crisis.”

She said: “The introduction of a ‘skin in the game’ retention of a part of every securitisation, instead of selling off all of it, was introduced into CRD2, and in the absence of such a retention there was a prohibitive capital charge.

“The idea was that, if it was dodgy, the bank shared in it. It put an end to a lot of the ‘originate to distribute’ model, but it also killed off better securitisation.”

Bowles later told IPE that the episode had made the EU’s recent review of the rules – part of its Simple Transparent Securitisation workstream – all the more fraught.