Parliament voted overwhelmingly to reject prime minister Theresa May’s agreement, struck with the EU late last year after 18 months of negotiations, by a margin of 432 votes to 202 – the biggest defeat of any UK government bill in modern history.

Jeremy Corbyn, leader of the opposition Labour party, tabled a vote of no confidence in the government, which will take place today.

However, representatives of the UK’s industries hit out at politicians for failing to give any kind of certainty for company leaders, warning that exiting the EU without an agreement would be damaging for businesses and the economy.

Miles Celic, CEO of TheCityUK, which represents the financial services sector, said: “The outcome of [the] vote prolongs uncertainty and will continue to depress business confidence. The lack of clarity on the path to an orderly Brexit risks disruption and financial instability on both sides of the Channel. 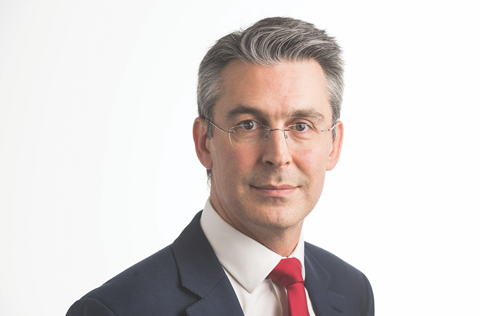 “We urge the government and MPs to carefully consider the options without delay and put forward an economically sensible way ahead. A ‘no deal’ outcome is not in the best interests of customers in the UK or the EU.”

“It is critical that every effort is made to avoid a ‘no deal’ exit from the EU, and the potential cliff-edge effects that this could bring,” Cummings said.

“While asset managers have been working on ‘no deal’ contingency plans for a long time and are prepared for this scenario, it still remains the least desirable option for our industry, and for the millions of people who entrust us with their pensions and savings.

“It is imperative that the regulatory co-operation agreements are finalised so that firms can plan with certainty and the savings of millions of people in Europe can continue to be invested wisely and managed across borders.

“Given the uncertainty that today’s result brings, firms will continue to keep their no-deal contingency plans under review.”

Outside of financial services, other organisations also expressed frustration. 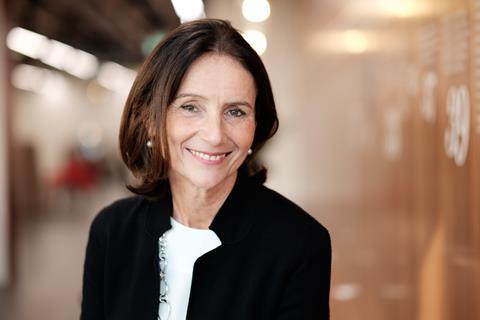 Carolyn Fairbairn, director-general of the Confederation of British Industry, called for the government to present a new plan “immediately”.

“This is now a time for our politicians to make history as leaders,” she said. “All MPs need to reflect on the need for compromise and to act at speed to protect the UK’s economy.”

The Federation of Small Businesses (FSB) said a withdrawal agreement and a transition period was “vital” for smaller companies to be able to plan, adding that the political uncertainty had already hampered many firms.

FSB chairman Mike Cherry said: “Small business confidence has plummeted to its lowest point since the wake of the financial crash. Four in 10 expect performance to worsen over this quarter, two thirds are not planning to increase capital investment, and a third see lack of the right skills as a barrier to growth.

“That’s what political uncertainty does to business: it makes it impossible to plan, innovate and expand.”

Tina McKenzie, the FSB’s policy chair for Northern Ireland, added that leaving the EU without an agreement “is something which we simply cannot countenance”.

May vows to fight on

In a statement following last night’s vote, Theresa May said she intended to discuss the withdrawal agreement with “senior parliamentarians from across the house” in an effort to address concerns. Any ideas or amendments resulting from meetings with other politicians would then be put to the EU. 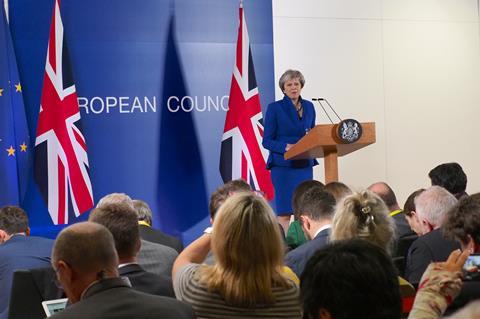 Theresa May speaks during discussions with the EU in November 2018

“Every day that passes without this issue being resolved means more uncertainty, more bitterness and more rancour,” May concluded. “The government has heard what [parliament] has said tonight, but I ask members on all sides… to listen to the British people, who want this issue settled, and to work with the government to do just that.”

However, European Commission president Jean-Claude Juncker warned that “time is almost up” for the UK to accept the withdrawal agreement, which he claimed was “a fair compromise and the best possible deal”.

He also said that the rejection of the agreement yesterday meant that the risk of a disorderly exit from the EU had increased.

“While we do not want this to happen, the European Commission will continue its contingency work to help ensure the EU is fully prepared,” Juncker said. “I urge the United Kingdom to clarify its intentions as soon as possible.”