A 30% cap on foreign currency exposure has hit Austrian Pensionskassen investment returns in recent years, according to consultancy Mercer.

In a low interest rate environment in developed markets it was particularly important for institutional investors to seek returns in other areas of the world, she added.

All existing investment caps for Austrian funds will be lifted when the country implements the EU’s IORP II directive, now scheduled for October.

The necessary revisions to the Austrian law governing pension funds – known as PKG – was due to pass through parliament before summer but a technicality means it will have to wait till October.

However, the Austrian pension fund association FVPK told journalists this week that the amendments, including the abolition of quantitative investment caps, would be agreed on by a majority. 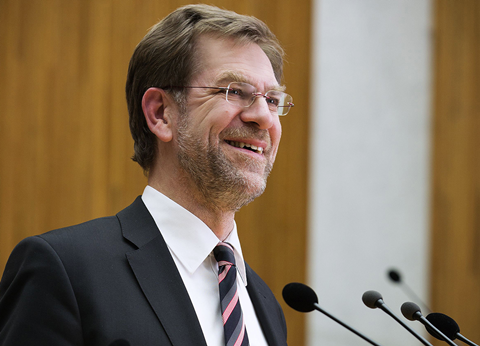 Andreas Zakostelsky, chairman of the FVPK, confirmed that the two coalition parties in the government, the conservative ÖVP and the far-right FPÖ, were “in full agreement” on the package.

Regarding other amendments demanded by the IORP II, Austria had “almost no need for amendments”, he added. Most of the EU directive’s standards for transparency, information, governance and risk management are already part of the domestic legal framework.

Mercer’s Plank also emphasised that Austrian pension funds already had the risk management in place to be given free rein regarding their investment allocations.

Under the proposed amendment to the PKG, every pension fund would have to set down its own allocation guidelines, which would then be approved by the financial market supervisor FMA.

Regarding reforms, however, the FVPK was much more excited about next year as the government promised a major tax overhaul. This is expected to include incentives for companies to set up pension plans and an improved tax treatment of additional member contributions.

“The time is ripe for a balanced three-pillar pension system,” said Zakostelsky.

He said the government had been “pleasantly clear” in its commitment to this goal when it published its agenda last year.

So far, however, the coalition was more focused on other topics including Austria holding the rotating EU presidency until December.