Some emerging markets have experimented with GDP-linked sovereign borrowing, and the Greek finance minister is the latest to discuss the idea. Charlotte Moore asks whether investors would buy it

During the recent bailout negotiations, Yanis Varoufakis, Greece’s new finance minister proposed swapping existing debt for bonds which have coupon payments linked to GDP growth. The idea is that these instruments could help to alleviate a country’s debt burden when times are tough – and it appeals not only to Varoufakis. A recent Bank of England working paper suggested that such instruments could help “stabilise a sovereign’s debt-to-GDP ratio and make it less likely that a deep recession will trigger a debt crisis”.

They could also help governments restrain from implementing ‘pro-cyclical’ fiscal policy – spending too much when times are good and cutting too steeply when times are bad, which makes it much harder to maintain economic growth and keep the budget under control.

The idea is not new. In fact, as Nick Gartside, CIO of fixed income at JPMorgan Asset Management, says: “Similar instruments have been used by Argentina, Venezuela and Nigeria.”

These instruments had limited success. Anders Faergemann, senior sovereign portfolio manager at Pinebridge, says: “The market struggled with these products – it did not know how to price the uncertain cash flows and thought them simply too exotic.”

Financial markets are far more sophisticated today, but opinion remains strongly divided whether these bonds are viable and if investors would want to own them.

The case for….
Some bond managers are enthusiastic. Alex McKnight, investment manager at GAM, says: “A GDP-linked bond is viable because it is measurable. Anything that is measurable can be priced. And anything which can be priced is an investable instrument.” 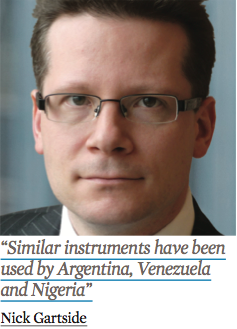 McKnight argues that a GDP-linked sovereign bond would be a more attractive investment option than, say, a contingent convertible issued by a bank. “At least I know that this will always be a debt instrument and when I will get back my original investment,” he says.

While it would be difficult to know exactly what coupons would be paid over the lifetime of the bond, it’s not impossible to price. “As this is a bond with a fixed maturity, the worst case scenario is that there is zero growth for the lifetime of the instrument,” argues McKnight. “We can also factor in our assessments for the likely GDP growth of the country.”

These products could provide additional credit benefit. “As GDP rises, the credit worthiness will improve, causing spreads to tighten,” says McKnight. This would make it a perfect instrument for an investor who believes a beaten down economy is on the cusp of improvement, he adds.

.… and against
Others are less enthusiatic. A key disadvantage is the difference in the investment time horizon required by the investors and the issuing country. Faergemann says: “There is a mismatch between the short-term gains an investor needs compared with the issuer’s requirement for stability over the short term and gains over the longer term.” 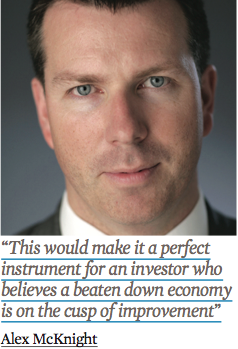 In addition, the exotic nature of these instruments may well make it more difficult to gain sufficient critical mass. Faergemann says: “That could make these products much more illiquid.” As most sovereign bond markets are highly liquid that could be major disadvantage for the issuers, making pricing extremely tricky.

Such problems suggest these products are unlikely to ever become mainstream. Faergemann says: “I think these products will only be viable for official institutions such as the IMF and the World Bank.”

A way to make these products more attractive to a broader group of investors would be if the link to GDP growth came in the form of a detachable instrument. Axel Botte, fixed income strategist at Natixis Asset Management, says: “Most bond investors are pension schemes and insurance companies which want an investment that provides some visibility on the coupon stream.” 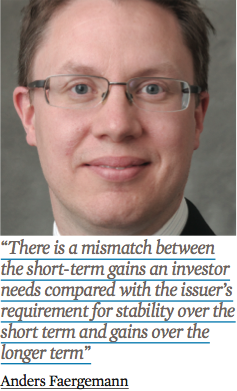 If, however, a single instrument is issued which is linked to a relatively volatile economic measure with little visibility, this makes this instrument much more akin to equity, he adds.

It would be a much more attractive investment if it paid out a low but guaranteed income stream and then paid a bonus when economic growth hit a particular target. “It would be best if this part of the instrument was detachable so this could be sold on investors with a higher risk appetite,” says Botte.

But perhaps the major stumbling block to these instruments is that GDP is not an easy economic indicator to measure. GDP growth tends to be constantly revised, which would create additional uncertainty for an instrument that has its coupon payments tied to this measure. In addition, investors need to be confident that the statistics produced by the local office are reliable.

Botte says: “In Argentina, the statistics were notoriously noisy and unreliable.” Its GDP-linked warrants carried an extra premium because of the unreliability of the data, he adds.

David Lloyd, head of institutional portfolio management at M&G Investments, agrees: “Any GDP-related bond relies on the accuracy and veracity of those numbers.”

There is also a concern that the issuing country could renege on the terms of the deal. Faergemann says: “Political leaders change and they might resent paying higher coupons once the country’s economy starts to improve.” 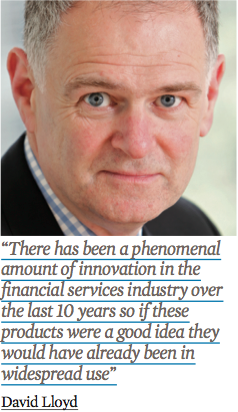 Ensuring investors received adequate compensation for all of these uncertainties would make these instruments too expensive for the issuer, says Lloyd.

But perhaps the most convincing argument against GDP-linked bonds is that they would exist already if issuers thought there was sufficient investor appetite.

Lloyd says: “There has been a phenomenal amount of innovation in the financial services industry over the last 10 years so if these products were a good idea they would have already been in widespread use.”

Ironically, perhaps the key reason that these products do not exist is not because there is insufficient interest from investors but because governments are reluctant to pay out higher returns. McKnight says: “Even though such an instrument would help out in tough times, they do not want to pay higher returns when times are good.”