In common with many countries, falling interest rates have hit German companies and pension funds significantly by increasing their discounted liabilities. But specifics in German pension accounting mean that German companies are hit harder than their foreign peers.

According to the latest numbers as of end-2013, €280bn, or 52% of German pension assets, were held under the Direktzusage, or direct promise. For traditional Direktzusagen without segregation of pension assets and liabilities, the total value of assets and liabilities appear on each side of the balance sheet of the corporate sponsor, where either IAS 19 or the local German HGB standard determine the method for the discounting of the liabilities. As a result, the corporate sponsor bears the full impact of changes in discount rates under either standard.

If the sponsor has segregated pension assets and liabilities with a contractual trust arrangement (CTA), HGB accounting may be applied to the CTA, and a netting of assets and discounted liabilities is mandatory. The corporate sponsor then accounts for the deficit or surplus of the CTA, again either in IAS or HGB. But the HGB method for discounting the liabilities determines the impact of discount rate changes on the CTA, and thereby ultimately also on the corporate sponsor. It can thus be argued that the HGB method is relevant for German Direktzusagen.

IAS 19 requires the current yield of high-quality corporate bonds for the maturities matching the liabilities to be used as the discount rate for pension liabilities. With the last reform of the HGB in 2009, Germany tried to move its standard closer to the settings of IAS. Since then, §253 HGB requires the discount rate for pension liabilities to be set uniformly as the seven-year average historical yield of EU government bonds with matching maturities, adjusted by a premium for high-quality corporate bonds. While IAS accounting leaves some room for individual calculations, the HGB discount rates are calculated and published by the Bundesbank. As of August 2015, when representative IAS yields stood at 2.05% and 2.38% for 10 and 15-year maturities, the respective HGB rates stood at 3.73% and 4.12%.

The higher yields in the HGB world are largely explained with the use of historical averages in times of falling yields. Nevertheless, with expectations for yields to stay low, German actuaries and companies have approached the Ministry of Finance with a proposal intended to address the expected future increases in pension liabilities as the calculation period moves forward. With funding costs expected to increase by billions of euros, this is a serious matter for German companies and for the pension system as a whole. The existing proposal is to simply extend the historical averaging period of yields from seven to 12 or 15 years. 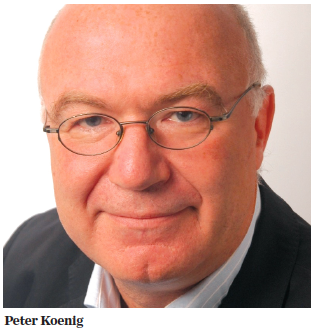 While it seems clear that this will help to lower the burden in the short term, the real problem with the German system is a different one. And, it is a problem shared by IAS 19. Here, the use of current market yields corresponds to a form of the efficient market hypothesis, where all information about future yields or prices is embedded in the current yield. It is implicitly saying that assets held today will earn this discount rate. It is immediately clear that this standard cannot reflect the expectations of all pension funds, as may be seen from the heterogeneity of their individual investment strategies. A pension fund with an old population should have an investment strategy that differs from one with a young population. A pension fund with a high funding ratio may pursue a different strategy from the one with a lower funding ratio.

If applied equally, the IAS standard results in biased valuations for many schemes, and the market yield determined exogenously as the discount rate may also lead to higher volatility of valuations. Also, in a world of liability-driven investing, investments will be pulled towards the assets underlying the yields. In a low yield environment, asset returns will be lower, and the pension schemes driven into a self-fulfilling prophecy with higher pension costs as the ultimate outcome.

The German HGB standard is different only insofar as it corresponds implicitly to a form of semi-efficient market hypothesis, where expectations about future yields depend on past observations of those yields. If the calculation period for the yield average is extended in HGB from seven to 12 years, this would imply that a 12-year period is better suited to capture an interest rate cycle. In the present environment of low yields, and with the downward trend in yields reaching back 33 years, this seems questionable. The extension of the calculation will merely postpone the problem for another few years. If rates continue to be low, it only adds another bias to the calculation of present values for liabilities already immanent in IAS. 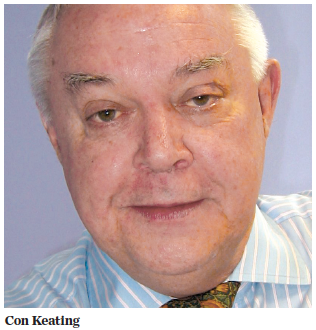 At first sight it seems that IAS 19 treats pension sponsors equally in various countries. A significant difference arises, however, when pensions are funded through external pension funds and when different accounting rules exist for those vehicles.

In the UK, for pension regulatory purposes rather than corporate reporting, pension valuation and liability discounting is determined by the Code of Practice of the Pension Regulator. Article 125 reads: “Discount rates used… must be chosen prudently, taking into account either the yield on assets held by the scheme to fund future benefits and the anticipated future investment returns; and/or the market redemption yields on government or high quality bonds.”

The permitted use of the expected return on assets offers more flexibility than the German HGB rules, or IAS 19. When applied prudently, the UK rule can help to smooth the impacts of changes in market yields, and allow individual pursuit of optimal investment strategies. The results would be equivalent to the German rules, if the UK funds had invested exclusively in high quality corporate bonds.

In Switzerland, pension valuation and liability discounting are determined by Fachrichtlinie FRP 4 of the Swiss Chamber of Pension Experts. Article 3 reads: “The discount rate is determined by adding two-thirds of the average investment performance of the scheme over the last 20years, and one-third of the current yield on government bonds with 10 years maturity.” A maximum discount rate is set at 4.5%. While this resembles the German rules in its mechanistic construction, it is, in fact, closer to the UK practice as it operates on returns and not exclusively on yields. Accordingly, it retains some flexibility at the individual fund level, as is the case in the UK.

German pension assets are at the lower levels of developed countries when compared with GDP. The accounting formula currently in place is likely to cost German corporations billions in additional pension contributions in years to come. The current proposal to adjust the formula will only postpone the effects by a few years should yields stay low, and slows any reversion to higher yields should they occur. This will clearly not help in expanding the coverage and asset base of German occupational pensions.

Other countries have immunised their pension funds against some of the negative impacts by setting more flexible rules in the accounting standards for their pension funds. To avoid that, German companies have to bear excessive volatility on their balance sheets induced by changes in discount rates, Germany might thus do well to consider adopting rules that are in place in countries with well-developed pension systems, like the UK or Switzerland.

In the reform effort currently discussed, Germany should incorporate expected pension asset returns in the formula for setting the discount rates for liabilities in the HGB. For traditional Direktzusagen, this can be the expected return on capital of the sponsor.

Of course, these expectations should be set prudently, and be contrasted or combined with the yields on bonds, current or historical averages. This would allow more flexibility for those companies accounting under HGB, typically small and medium-sized firms.

German companies accounting under IAS can choose to segregate pension assets and liabilities from the company, as many already do, with the establishment of CTAs. The IAS accounting then comes only into effect at the corporate sponsor level on the deficits or surpluses of the CTA. If a HGB discounting rule referring also to expected returns of CTA-assets is applied, excessive volatility caused by market yield changes can be avoided, and flexibility would become possible on the individual CTA-level. As a result, German companies would come on a level playing field with their peers in other countries with well-developed pension systems.