Ministers in the German federal state of Hesse have relaunched a drive for the introduction of auto-enrolment to boost private pension saving.

A resolution to support their idea was brought to the upper chamber of parliament, the Bundesrat, at the end of March. It was promptly assigned to various of the upper chamber’s committees, which have postponed debating the proposal. IPE understands this is normal procedure.

Under the Hessian ministers’ proposal, employees would be automatically signed up for a private pension unless they were sufficiently covered by a workplace pension or opted out of the private scheme.

The government would create a fund to be the default provider and investor of individuals’ savings unless they chose an alternative.

Countries such as Sweden and the UK had had good experience with state-organised funds, according to the ministers. Thomas Schäfer, the Christian Democrat finance minister for the state of Hesse, has previously cited NEST in the UK and AP7 in Sweden as examples. 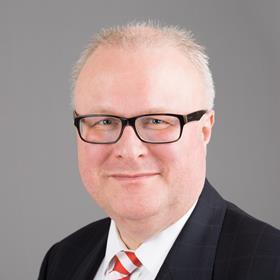 Speaking at an industry conference in Berlin earlier this year, Schäfer also said there was a positive precedent for auto-enrolment in Germany, citing the growth in the number of so-called “mini-jobbers” paying social security contributions since this became the default several years ago.

Ministers have also proposed for the default investment product to come with limited guarantees, in return for higher equity exposure and the prospect of higher returns. Currently, state-subsidised private pension savings products have to guarantee the contributions that have been paid in.

The state-backed fund would make investments that meet minimum environmental and ethical standards and, for cost reasons, would mainly invest passively. The government would not be allowed to intervene in the fund’s investments.

Under the proposals, the scheme would offer savers a cost-efficient and transparent product and compete with private providers on the open market. It and other providers meeting pre-determined criteria would be included in a list to be maintained by a neutral state body.

The envisaged national pension savings scheme would be implemented by means of salary sacrifice. For those on a low income, the state would pay a large part of the contributions using the existing system for paying contributions to state-subsidised third-pillar, or “Riester”, products.

BVI, the German fund management association, said a state pension fund would distort competition and was unlikely to be cheaper than other products on the market.

GDV, the insurance trade body, also came out against the Deutschland-Rente proposal. It said making it a legal requirement for employers to auto-enrol individuals into funded private pensions was challenging from a regulatory and bureaucratic standpoint.

It also argued that the Hessian government’s concept did not offer a solution for individuals that were not in stable employment.

Heribert Karch, chief executive of MetallRente and chair of the German occupational pensions association, was a strong critic of the Deutschland-Rente when it was first put forward by the Hessian ministers. 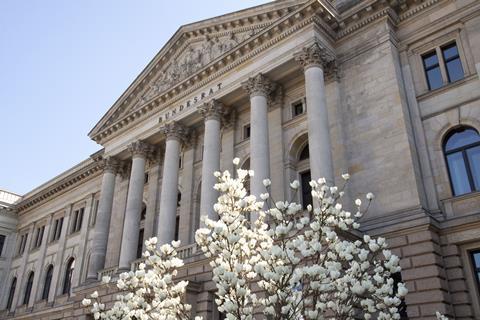 The proposal brought to the Bundesrat last month was based on ideas that go back to 2015, when Schäfer and his fellow regional government ministers Tarek Al-Wazir and Stefan Grüttner first presented the idea of a national private pension savings scheme.

The Deutschland-Rente idea came to nothing, however, and reform efforts in the intervening years instead culminated in legislation introducing the possibility of industry-wide defined contribution schemes.

The Hessian ministers have argued that Germany’s recent pension reform – the Betriebsrentenstärkungsgesetz (BRSG) – would probably not be enough to bring about comprehensive pensions coverage, in particular for employees in small and medium-sized businesses that were not signed up to industry agreements.

The BRSG came into effect at the start of this year and German unions and employer representatives have asked providers to give them breathing space to negotiate on new pension plans.

Schäfer has previously said that existing private pension products tended to be too complex and too expensive for the return they offered. Promoting a standardised Riester pension is one of the policies in the coalition government’s programme .