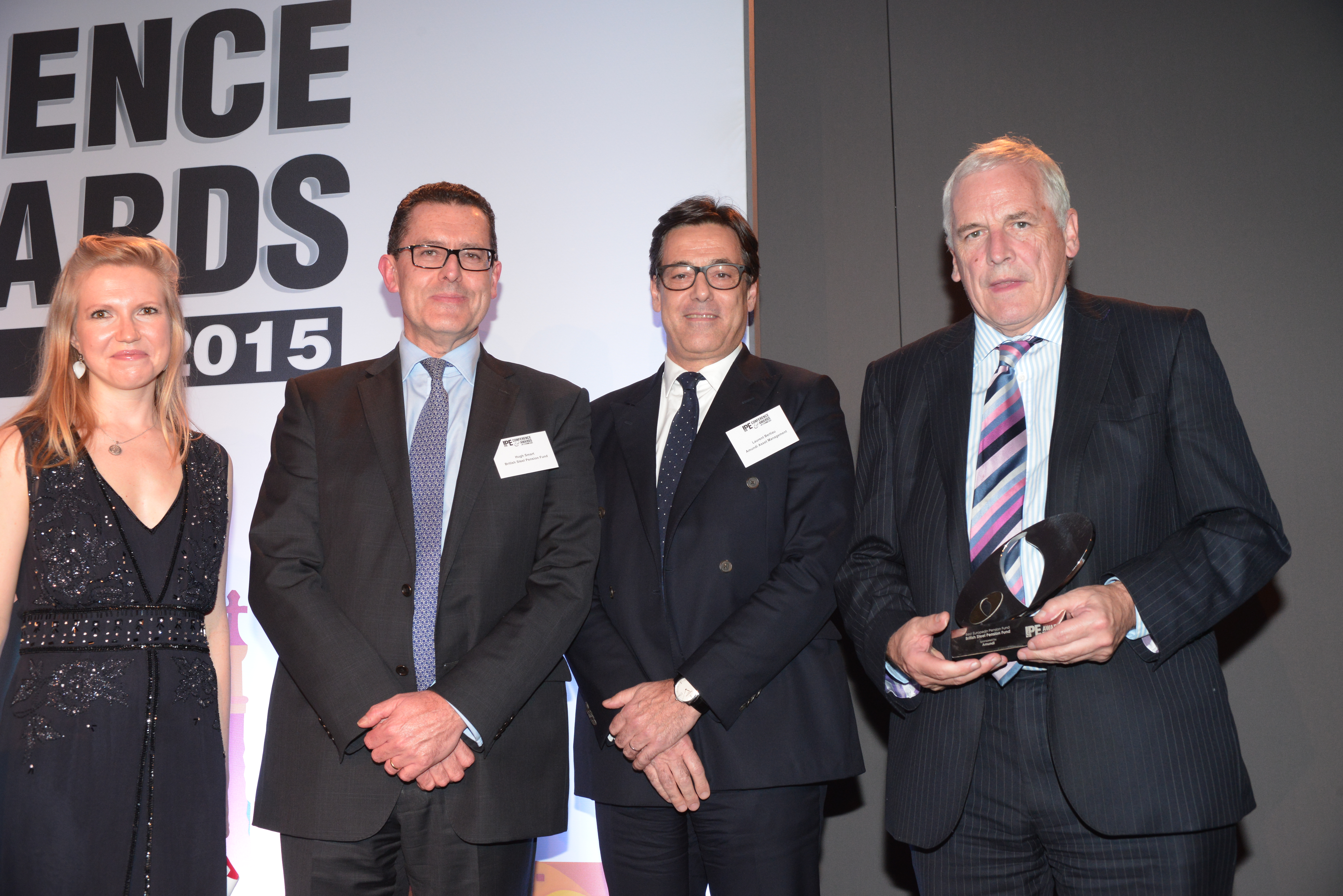 Judge’s comment: “How British Steel manages to improve from year to year is baffling and beyond me. But it does and this is a seriously impressive organisation. With its pioneering LDI and notable cost controls framework, this is the scheme others should follow. A clear winner this year.”

British Steel Pension Fund (BSPF) was a clear winner as Europe’s top pension fund in 2015 and the judges unanimously agreed that this mature, sophisticated fund is setting high standards that others can emulate to grow and succeed with confidence.

A defined benefit fund that closed to new members in 2014, BSPF runs a tight investment strategy that places at its heart the responsibility to meet liabilities each year. Conservative in nature to reflect the level of maturity, with pensioners and deferred members greatly outnumbering the active membership, this strategy has a high allocation to index-linked securities as well as to equities and property, and the emphasis is very much on cashflow management. It achieves this with a countercyclical approach that seeks to avoid incurring unnecessary losses while embracing risk when it considers it to be well rewarded. It combines a medium to long-term investment horizon and is constantly seeking fresh market opportunities.

Considered a leader in the concept of liability driven investment, BSPF divides its investments into two segments - a maturity portfolio and a growth portfolio. As of September 2015, 68.5% of assets were in the maturity portfolio and the remaining 31.5% in the growth portfolio, with a combined value of £13.4bn (€18.8bn). The investment philosophy is driven by a de-risking approach that first began a decade or so ago when BSPF sold off more than £2bn of its equities to manage volatility and enhance the security of benefits. Government bonds benefited from this move in the main. The sale of another £1.5bn in equities followed in another round of successful de-risking.

Following the liquidity crisis and credit crunch period, BSPF then reviewed its fixed income portfolio and sold off a high proportion of its government bond holdings in favour of corporate bonds at historically wide spreads. The corporate bond exposure now amounts to 26%.

There were several significant benefits from this restructuring. First, the compression of credit spreads and downward shift in underlying sovereign yields has resulted in significant capital gains. To date, the fund’s credit losses have been extremely low. Second, the reallocation has also served to increase the cash yield, which itself has served to offset the redundancy strain placed on its cashflow by the sponsor’s restructuring in the period under review. Finally, from an accounting perspective to calculate its funding level, BSPF’s large holdings in corporate bonds are used to discount liabilities.

Diversification has also been enhanced by investment in higher-yielding bonds including distressed sub-prime mortgage securities, high yield and emerging market debt. The fund also has meaningful allocations to infrastructure, private equity, currency, commodity, timber and catastrophe reinsurance funds. Moreover, the fund has made a sizeable increase in its allocation to commercial property during a period of severe price dislocation.

Running this sophisticated industry-leading liability matching and investment strategy are in-house asset management teams with an aligned interest in that they are also members of the fund. Moreover, BSPF constantly monitors its performance against a scheme-specific benchmark it introduced in 2008. Since that time, it has outperformed this benchmark by 0.5% per annum on average and the State Street/WM50 Universe of large UK pension funds by 1.2% - in which BSPF has been in the top quartile for the past 10 years. Finally, its risk-adjusted return based on the Sharpe ratio over the last ten years is the highest in the WM All Funds Universe of UK pension schemes.