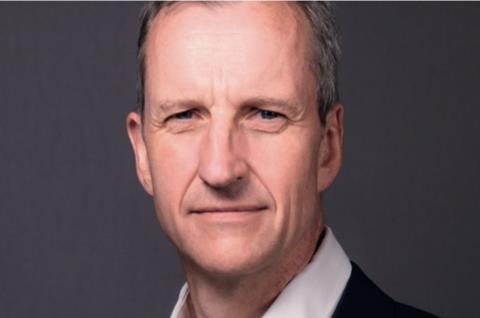 “With DC now globally dominant, the momentum that has been building is likely to continue”

And the global defined contribution (DC) pension system is a product of evolutionary happenstance. The effects of developments – such as Australia’s superannuation guarantee, 401(k) in the US, and the UK’s pension freedoms – have been quite different from the original intentions behind them. The 401(k) was meant to make the deferral of bonuses more tax-effective; the tie-in to retirement was an incidental feature that was seen as a necessary evil. Yet today the term 401(k) is synonymous with the US DC system.

The DC system continues to evolve globally. Indeed, the next few years are likely to be pivotal. That is one conclusion we reached in a recent Thinking Ahead Institute study of 10 leading organisations. These organisations are not a representative cross-section of the industry, rather a sample of those who are shaping it.

The study finds the pace of change stepping up. The need for change has been obvious for a long time. Even 10 years ago it was clear that the DC system needed to be rebuilt around the purpose of providing lifetime retirement income. At the time we called this DC version 2.0. It is only recently that real progress has finally been made on that front, and that DC 2.0 has truly started to emerge.

We do not think that the next wave of developments will take as long. The next generation of plans – DC 3.0 – is going to be:

• Hyper-customised: technology is opening up new possibilities for member engagement that will allow strategies to be more individually tailored;

• More cost effective: when DC was mainly a supplement to defined benefit (DB), higher costs might have been tolerated. But when DC is the primary vehicle, cost management is critical to the effective functioning of the system;

• Better governed: although governance standards at the organisations we spoke to were generally high, there was heavy criticism of standards across the industry as a whole. “The industry has been completely hijacked by agents,” observed one study participant. “We forgot about the member.”;

With DC now globally dominant, the momentum that has been building is likely to continue to grow. DC is increasingly moving to the centre of regulatory attention. Issues remain around coverage, adequacy, trust and engagement. The effectiveness of the system is a big deal.

Just as different environments produce different wildlife, so DC varies globally. Switzerland and the Netherlands operate different forms of collective DC, for example. Until recently, German DC plans were required to include guarantees. And so on.

So conversations tend to happen at the local level, and each market is mainly driven by local considerations. But the underlying challenges apply equally to all, and there are areas of clear global overlap. Key themes include:

• Retirement income: while DC 1.0 was essentially a savings programme, DC 2.0 is a pension system. It has taken a long time for retirement income to get to the top of the industry’s agenda;

• Scale matters: there is downward pressure on fees. And it is expensive to stay competitive in the face of regulatory change and to keep up with technology. Expect consolidation;

• It is not just an investment problem: investment is a core element of a DC programme, but it is only one among several factors that determine whether participant goals are met;

• Sustainability: increasingly, sustainability considerations are being incorporated into DC plans.

Choices, choices
These challenges leave the players in the DC system with big choices to make.

First of all, the regulators. Although DC has developed through evolutionary happenstance up to now, its future development can and should be shaped more deliberately. Regulation is the dominant influence on the landscape that shapes the evolution of DC in each market.

Regulation will have a key part to play in unlocking solutions to the problem of longevity tail insurance. Even with today’s increased focus on retirement income, protection in the event of an unexpectedly long life remains a largely unsolved part of the puzzle. Unless the longevity tail – those who live well beyond expected life span – is taken care of, it is not lifetime income. A safe harbour or other regulatory catalyst may well be needed if solutions are to be developed that will have greater appeal than the widely-unloved annuity.

Regulation can play a key role, too, in better aligning fiduciaries’ interests with participants’.

Successful regulation is a difficult art. Shaping the landscape is one thing, how the ecosystem responds is something else. There are unintended consequences and the effects of regulation are typically oblique rather than direct; changes intended to protect participants might in practice stifle innovation, for example.

Investment managers and other DC service providers have choices to make, too. Some organisations will focus on the participant’s goal; others will have clear but narrower scope, such as excellence in the task of investment or administration.

Related to that is the question of the desired level of member engagement. Does the firm actively seek to engage with participants to ensure appropriate contribution rates, investment strategy and spending policy? Or will the primary channel to provide guidance lie in decision architecture and default options?

And employers, too, face a choice: how big a role do they want to play? Traditionally, employers have been central to the DC system. As platforms emerge that offer an alternative to the single-employer approach, there will be more choice in the future. Multi-employer platforms bring scale and change the dynamics of market innovation. Like a species introduced to a new environment, there is the potential for the impact on the competitive landscape to be transformational.

Evolutionary happenstance follows its own logic and its own timescale. Past advances in DC have emerged slowly but momentum is building. Today the DC system appears to be poised for significant change. The next 10 years are likely to prove much more interesting than the last.

Bob Collie is head of research, Thinking Ahead Group at Willis Towers Watson